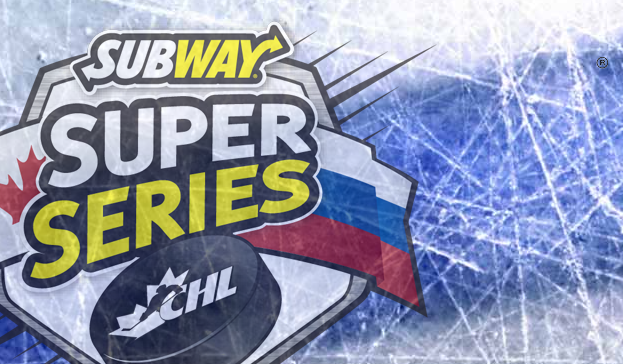 The Gatineau Olympiques and Sherbrooke Phoenix organizations, in collaboration with the Quebec Major Junior Hockey League and the Canadian Hockey League, today announced the roster of Team QMJHL which will compete against Team Russia in the 2013 SUBWAY® Super Series.

The Olympiques will host the first game of the series on Monday, November 18th at the Robert Guertin Centre, while the Phoenix will host game two at the Palais des Sports Léopold-Drolet on Wednesday, November 20th.  Team Russia then heads west to play two games against Team OHL followed by two games against Team WHL.  All six contests will be televised nationwide on Sportsnet while TVA Sports will broadcast the two contests in QMJHL territory.

Each of the three CHL member leagues assembled a selection committee, working closely with Hockey Canada, to select the players for this year’s series. A total of twenty-three players will participate in the event this year.  The rosters for each individual game will be announced at a later date.

The 2013 SUBWAY® Super Series is supported by CHL associate sponsors, Bank of Montreal and Old Dutch.

The schedule for the 2013 SUBWAY® Super Series is as follows:

SUBWAY®Restaurants is the world’s largest submarine sandwich franchise, with 40,000 restaurants in over 100 countries and more than 3,000 restaurants in Canada.  In 2011, the SUBWAY®chain surpassed McDonald’s in the number of restaurant locations worldwide. Headquartered in Milford, Conn., the SUBWAY®restaurant chain was cofounded by Fred DeLuca and Dr. Peter Buck in 1965. As the Official Training Restaurant for the CHL, SUBWAY®Restaurants is executing the Official Training Day Contest, encouraging hockey coaches, respective parents and friends across Canada to participate for a chance to have their local amateur league team train with their local CHL team. For more information about the SUBWAY® chain or to learn more about the Training Day contest, visit www.SUBWAY.ca.