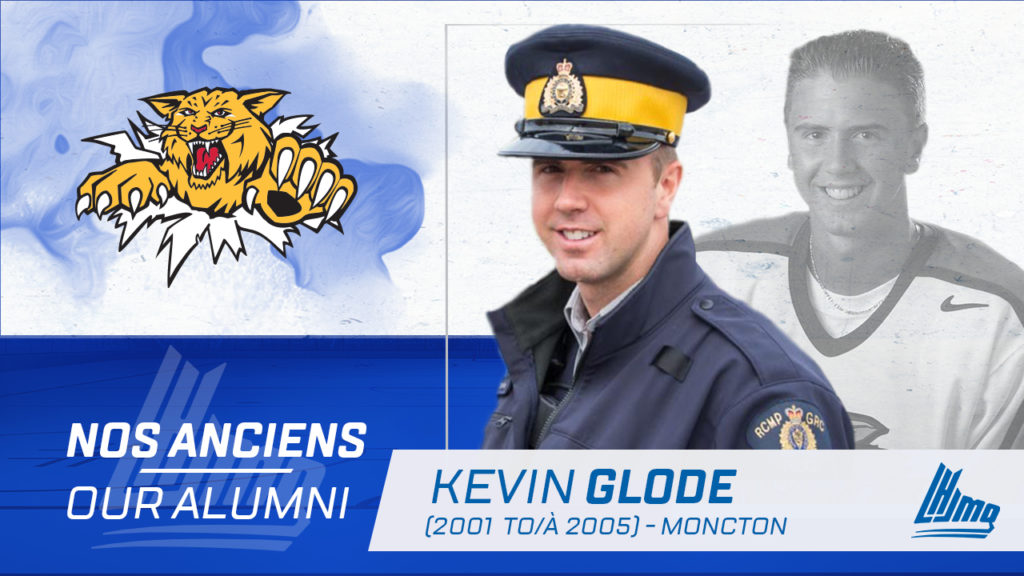 Kevin Glode is back home. Well, almost. The Quebec City native spent four seasons with the Moncton Wildcats from 2001 to 2005.

He played on a team that also included stars like Steve Bernier, Corey Crawford, Martins Karsums, Adam Pineault, Oskars Bartulis, Jérôme Samson, Jason Demers and Brad Marchand, all of whom eventually made it to the National Hockey League (NHL).

After graduating from the University of Ottawa in criminology, Glode started his career in the Royal Canadian Mountain Police (RCMP) in Regina, Saskatchewan, in 2009. Back then, he never thought he would be coming back to New Brunswick just a few months later.

A decade has passed and the ex-player is still happy as ever as part of the Riverview detachment, which includes all areas surrounding the City of Moncton. For him, this calling in the RCMP came both gradually and naturally.

“When I was playing for the Wildcats, I quickly realized that I needed a second option if I didn’t make it to the pros. Playing in the NHL is a dream, but you can’t assume you’ll get there someday. There are not that many Sidney Crosby’s out there,” laughed Glode. 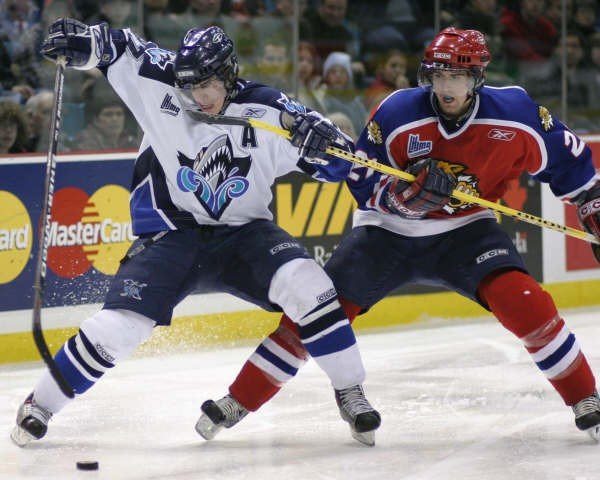 “I had friends in Quebec City who I would train with in the summer and who were already enrolled in the RCMP. I always kept that in the back of my mind,” says the forward, who played with the University of Ottawa Gee-Gees between 2005 and 2009.

“During my career in Moncton, we had a program linked with the RCMP. It was kind of a partnership designed to help young players adapt to life in Moncton, either at school or elsewhere”, explained Glode.

“Quite often, we had the chance to accompany officers on patrol and observe their everyday job. I just kept in touch with those people.”

This first taste of life as a police officer was a true revelation for Glode.

“I’ve been doing this for over 10 years now and I still love my job. I have done a bit of everything, but what I appreciate most is that every single day is different. We never really know what to expect,” he mentions.

Nearly 15 years after his junior hockey career, Glode says he has very fond memories of his stint with the Moncton Wildcats.

“I always said that playing for the Moncton organization was just like the NHL, but without the paycheck,” he laughs. “We were treated like professional hockey players. It wasn’t easy leaving home at 17 years old, but all the people within the organization helped me adjust to life in the QMJHL. It’s a hell of a coincidence that I was able to come back in this area to work. I feel blessed. I can really say that Moncton’s adopted me.”

And even if he loves his work, Kevin Glode never forgot the game of hockey. In fact, he still puts on his skates once a week in an old-timer’s league.

“At 35, I try to stay in shape. Hockey was always a true passion for me and I will never stop playing the game.”

2:46
Blainville-Boisbriand Armada Chicoutimi Saguenéens
The Armada does not how to loose anymore ! Armada 3 Saguenéens 0
3 hours ago