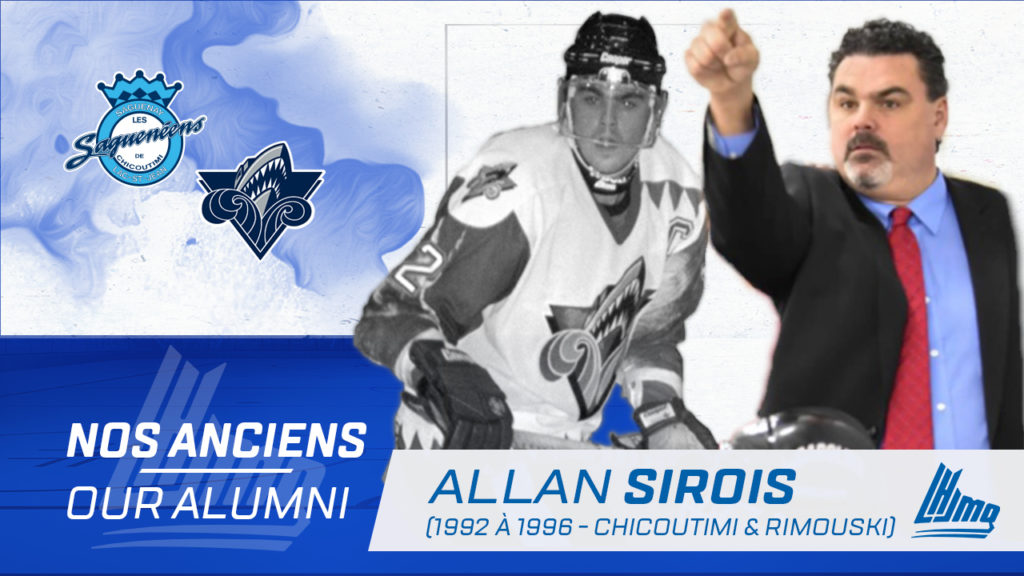 More than 20 years following the end of his QMJHL career, Allan Sirois is still swimming in hockey.

Soon to be 45 years old, Sirois is at times a hockey player, a referee and a coach. For the past five years, the Columbia, South Carolina resident has served as bench boss for the University of South Carolina Gamecocks, a team that plays in the American Collegiate Hockey Association’s south-west conference.

Even though he loves coaching, he doesn’t want to do it full time. “I don’t see it in my future. At this point in my life, I need stability, especially for my family,” he says.

“But it is something I really love, much more than I thought I would. At first, I just wanted to help out a friend. But I quickly fell in love with the job. I’ll do it until they throw me out,” laughs Sirois. 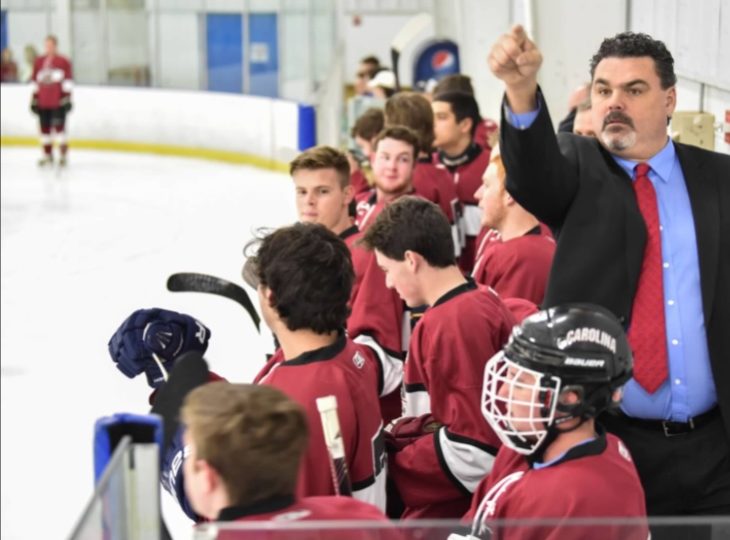 He’s also been employed by the Budweiser company as one of its sale representatives for ten years now. And, as if all this wasn’t enough, he also wears his pinstripe jersey once a week to referee at different levels. He even did a three-game stint in the Southern Professional Hockey League, a league in which he played between the 2007 and 2009 seasons.

“I just wanted to live the experience. It’s not something I want to do full-time. It’s not a very well-paid job and there is a lot of travelling involved”, mentions Sirois. “Also, the game is a lot quicker than I remember. Everything was going pretty fast, especially considering I’ve never been the fastest skater on earth!”

Sirois is still playing the game he loves once a week with “the boys” in a local recreational league. “It’s sometimes pretty tight, but I always manage to find the time”, he laughs.

“I have two practices and two games a week with my college team. I have one as a referee and one more as a player. My back hurts, my right knee is sore, so I’ll have to stop someday. But I’ll only stop when my body tells me it doesn’t want to do it anymore!”

A native of Rivière-du-Loup, Quebec, Sirois goes back to his hometown once a year to visit family and friends. He even took part in the ceremonies surrounding Sidney Crosby’s jersey retirement that were held in Rimouski last September. Sirois didn’t have the same kind of career number 87 has, but he’s quite happy with what he has accomplished and has no regrets.

“I had the chance to play my last year of junior hockey in front of my friends and family with the Océanic. It was like a welcome home party for me, it’s a year I’ll never forget.” 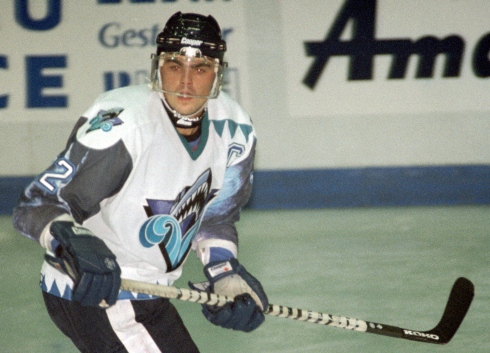 He then went on to take part in the St. Louis Blues training camp in both 1996 and 1997. During the decade that followed, he planted his roots in the U.S., playing in the American Hockey League (AHL) with the Worcester Ice Cats and in the East Coast Hockey League (ECHL) with the Baton Rouge Kingfish, the Jacksonville Lizard King, the Pee Dee Pride, the Greenville Grrrowl and the Texas Wildcatters. Sirois was inducted in the ECHL’s Hall of Fame back in 2015-2016.

The die-hard Montreal Canadiens fan also follows closely his favourite team. “I’ve loved them since I was young. I truly hated the Nordiques with all my guts”, laughs Sirois.

“But the Habs broke my heart over the years. When they traded Patrick Roy, that’s when everything changed. He went on to win two Stanley Cups with Colorado, two cups that should’ve belonged to us.”