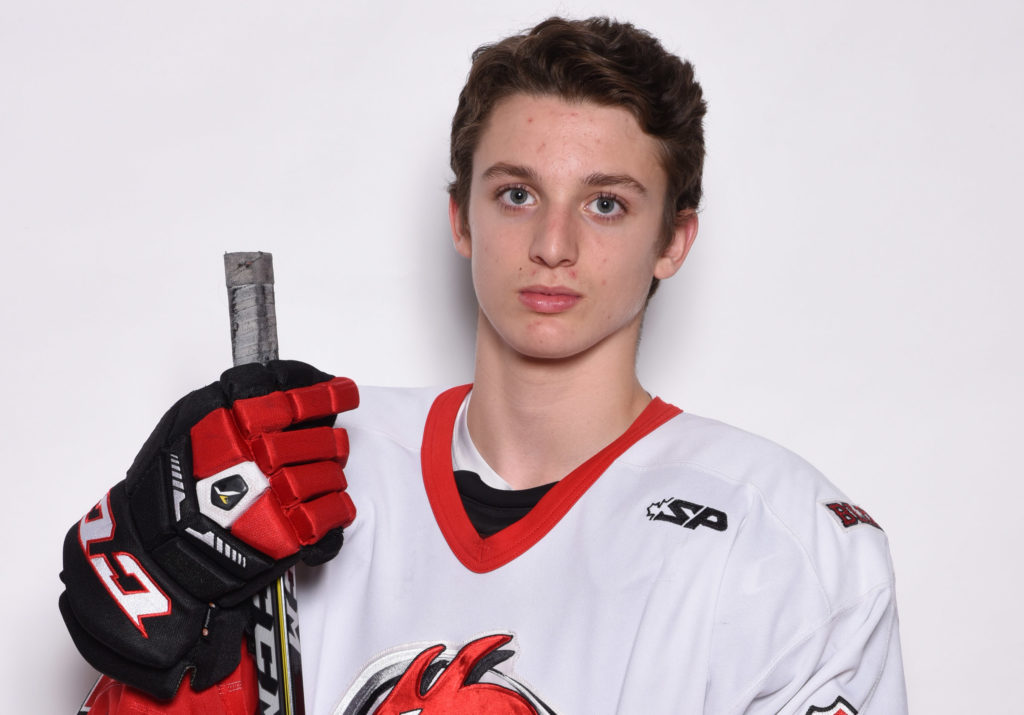 His small size shouldn’t put off the scouts, at least according to Jokob’s Midget AAA coach. He thinks of him as being in a class apart, with the likes of Alexis Lafrenière, Samuel Poulin, Xavier Parent et Alex Newhook.

‘He sees his spots on the ice and generates a lot of offense. Everyone talks about his offensive talent, because that’s his strength; but for me it’s also important to talk about his defensive play. He’s made an effort and he seems to be making progress. I love the way he drops back to help his defensemen deep in his own zone. This makes him someone difficult to play against,’ says Martin Lapperière, who also lauds Pelletier’s game vision and speed.

In 40 games with the Séminaire Saint-François; Pelletier scored 25 goals and collected 32 assists to finish the season with a total of 57 points. It was in the playoffs that he cemented his reputation by adding 29 points in just 17 games.

‘We had an incredible year and honestly, I didn’t think we were going to make it that far. We had a very talented team, but we didn’t expect to sweep the final against the Estacades,’ said the 5’08 sniper who added praise for his teammates who helped contribute to his success.

Pelletier describes himself as an intense player; fast and gifted, with a good vision of the game.

‘My greatest strength is that I’m a winner! Wherever I’ve played, I’ve won. I consider myself more a play maker than a scorer. That explains my statistics for this last season.’

From the first days of training camp, his teammates were impressed by his leadership qualities. This is what earned him the title of assistant captain.

‘On the bench and in the locker room, he made sure that his teammates were ready. He made them take responsibility. What I loved about him was that he didn’t just shout, he led by example! He was the first to take the blame if he had a poor game,’ said Midget AAA coach, Martin Lapperière.

For Pelletier, leading by example in practices was even more important than during games.

Jakob Pelletier is a creative game maker, able to adapt to all situations. Asked to compare himself with established NHL players, he answers without hesitation: Jonathan Toews and Patrice Bergeron.

‘These are players who work hard in all three zones. They are not showy but they’re really effective,’ he explains.

For his part, his coach puts forward the name of Alexander Radulov.

‘He wants the puck and he wants to be the difference. You can feel his joy of playing, his passion, and enthusiasm every time he is on the ice. Imagine in the critical situations … It’s something indescribable. Believe me, it’s better to have him on your team in times like those,’ continues Martin Lapperière.

The Séminaire Saint-François already feels the loss Pelletier, who should not have too much difficulty in carving out a position for himself in the QMJHL.

‘Take note, if he doesn’t work out there … we’ll take it back with great pleasure,’ laughs the coach. ‘Sincerely, he accomplished all he had to with us. He’s ready for juniors.