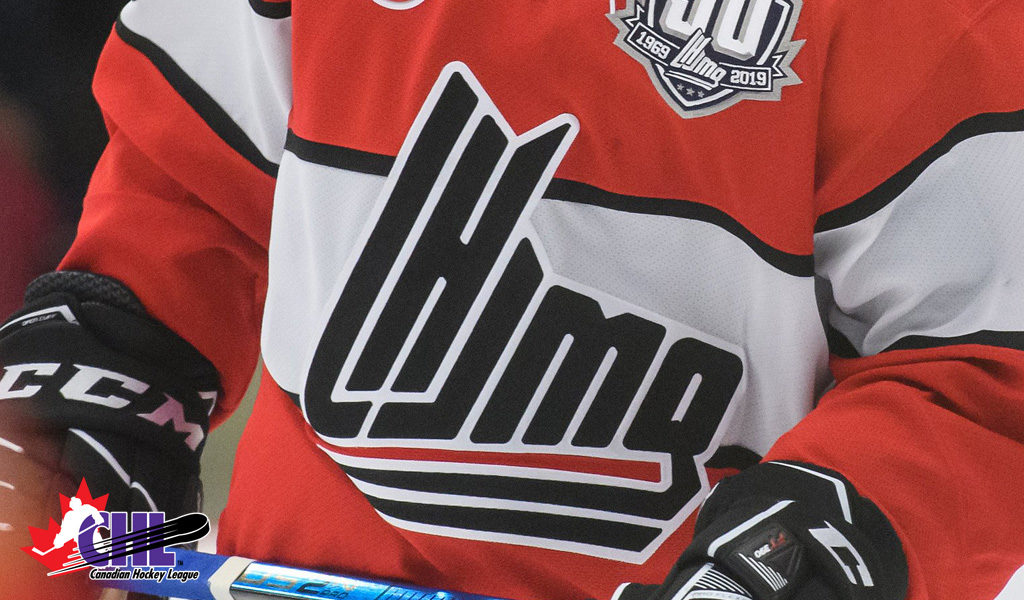 The 2019-20 preseason is underway in the Quebec Major Junior Hockey League, with 18 revamped rosters making their mark through the exhibition schedule. The return to the ice marks the beginning of another season, one that will include a host of new faces and changes alike across the league.

Here’s a closer look at four preseason headlines from across the QMJHL.

A new look in Sydney

Following 22 seasons playing under the Screaming Eagles moniker, Cape Breton has rebranded as the Eagles. The refreshed look comes with an updated logo and on the heels of the installation of new club majority shareholder Irwin Simon, who said in a statement, “Today is a defining moment. Our new brand reflects who we are as a team. We’re bold. We’re confident. And we’re aggressive in our pursuit to win.”

Today is a defining moment. Our new name and brand reflects who we are as a team. We’re bold. We’re confident. And we’re aggressive in our pursuit to win.⁣ We have listened to the wants of YOU and your feedback! This one’s for you!
⁣ pic.twitter.com/noVZy9k0dT

Cape Breton finished the 2018-19 season with a 40-22-1-5 showing and 86 points. The team then eliminated the Charlottetown Islanders in six games in the opening round of the postseason before falling to the Rimouski Oceanic in a five-game set.

The Quebec Remparts announced their final 24-man roster on Monday, a group which includes 17-year-old forward Yu Sato. Selected with the 24th pick in the 2019 CHL Import Draft, Sato became the first Japanese player to be chosen since the Verdun College-Francais drafted fellow forward Shin Larsson in 1993. He is also the third Japanese player whol will suit up in the QMJHL, following Takuma Kawai who last played for Gatineau in 2007-08. Sato, who is eligible for the coming NHL Draft, joins the Remparts after spending the past two seasons in Finland and Russia.

“(Sato) has good vision and is able to make plays,” Remparts general manager and head coach Patrick Roy told CBC. “I think people will love it.”

The Halifax Mooseheads and Sherbrooke Phoenix made a late-summer shakeup that saw 16-year-old defenceman Cameron Whynot shift to the Mooseheads for veteran forward Xavier Parent. Selected ninth overall in the 2019 QMJHL Entry Draft, Whynot was the third blue-liner chosen after spending the past two seasons with the major midget Valley Wildcats. A native of Kentville, N.S., Whynot captained Team Nova Scotia at the 2019 Canada Winter Games, and will now have the opportunity to skate in the junior ranks in his home province. He is earmarked for the 2021 NHL Draft.

“We are extremely happy to get a player of Whynot’s talent level that will help our team for years to come,” Mooseheads general manager Cam Russell said in a statement. “He is a very highly ranked prospect and we feel he is a great building block for the future here in Halifax.”

📹Video: GM Cam Russell talks about the trade for Whynot, season philosophy and when the next cuts are expected in today's Training Camp Update. #MooseCamp
Watch–> https://t.co/2NPmrxB8Wz pic.twitter.com/rPF5Nd1Vc8

As for Parent, he joins the Phoenix after spending the past two years in Halifax, including the 2018-19 campaign in which he helped the club to the Championship Final of the 2019 Memorial Cup presented by Kia.

Harvey-Pinard gets the ‘C’

After leading the Rouyn-Noranda Huskies to CHL supremacy last season, 20-year-old forward Rafael Harvey-Pinard will again don the captaincy this season as he suits up for the Chicoutimi Sagueneens. The move is a homecoming for Harvey-Pinard, who hails from nearby Jonquiere, Que.

“I’m coming back to my home in Saguenay and I’m very happy to join the Sagueneens, the team from my region who has been in my heart since my childhood,” Harvey-Pinard said in a statement.

The announcement was among the many highlights in a whirlwind summer for Harvey-Pinard, which included his selection at 201st overall by the Montreal Canadiens in the 2019 NHL Draft.