Phœnix and Wildcats honoured for their remarkable season 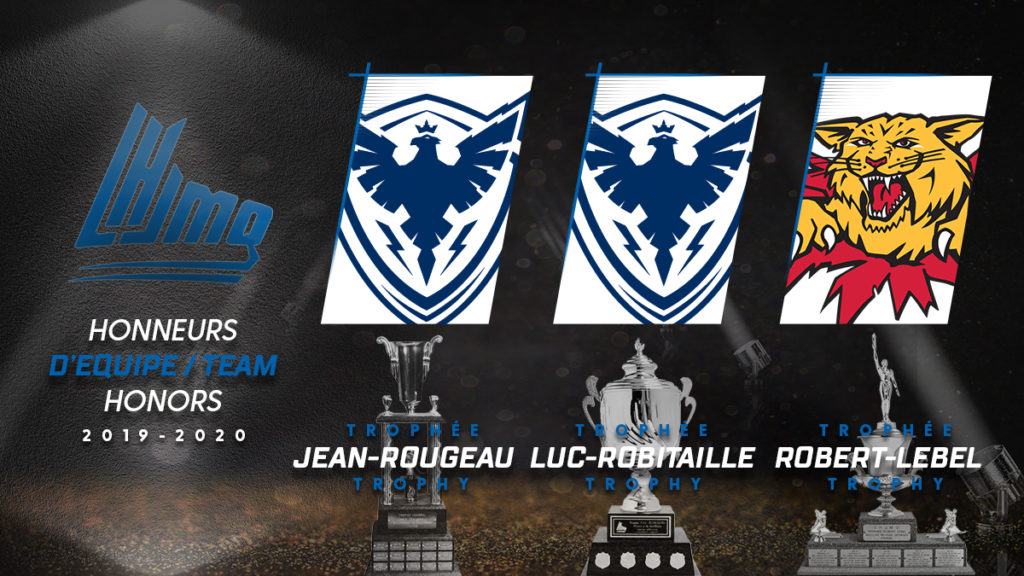 The Quebec Major Junior Hockey League today awarded the Jean-Rougeau and Luc-Robitaille trophies to the Sherbrooke Phœnix as well as the Robert-Lebel trophy to the Moncton Wildcats.

Sherbrooke wins its first Jean-Rougeau trophy since its return to the league in 2012. The Phœnix held a 51-8-3-1 record in 2019-2020 (best in franchise history) as they finished first overall in the QMJHL standings, five points ahead of their closest pursuers, the Moncton Wildcats. However, it’s not the first time that hockey fans in Sherbrooke celebrate this honour as the Castors (1974-75, 1975-76, 1979-80 & 1981-82) and the Faucons (1992-93) already brought back the prestigious trophy to the heart of the Estrie region.

The team also receives the Luc-Robitaille trophy which is awarded annually to the team with the best regular season goals-per-game average. The powerful offence finished first in average goals per game 4.57 by scoring 290 goals in only 63 games.

Finally, the Eastern Conference champions, the Moncton Wildcats, land the Robert-Lebel trophy after Dan Lacroix’s team recorded the best goals-against-average in the regular season. Led by their goaltender Olivier Rodrigue (39 GP, 31 W, 8 L, 2.32 GAA, 0.918%) and an outstanding defensive core, Moncton maintained a 2.30 goal-against-average after allowing only 148 goals in 64 games, 16 less than Sherbrooke who finished second league-wide in this category.