Our 18 sea dogs
by
Will MacLaren 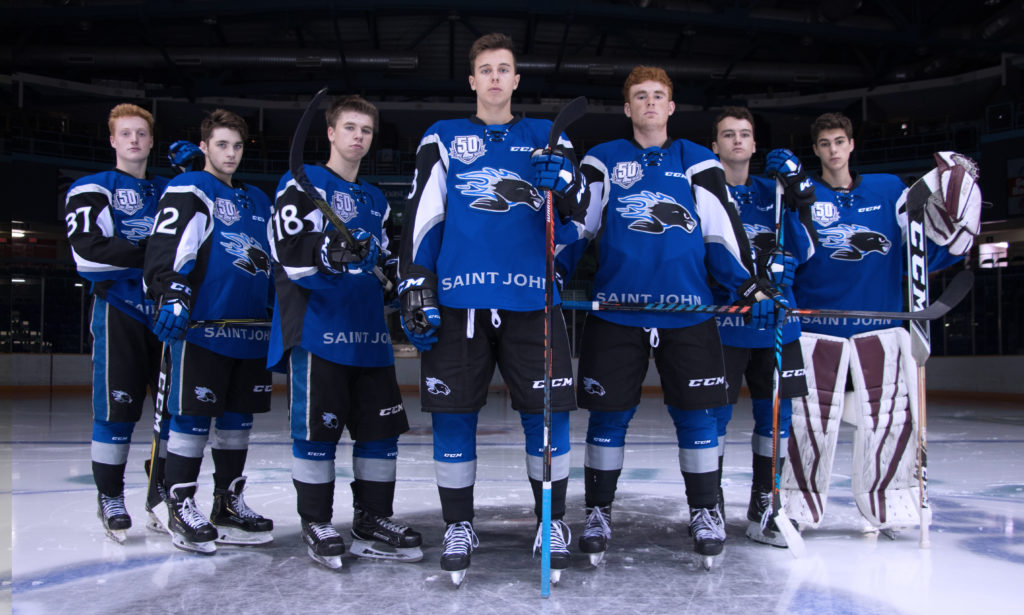 How do you think your three first round picks at the latest draft will change the face of your franchise?

The rebuilding Sea Dogs were no strangers to the podium during the 2018 QMJHL Entry Draft, selecting defensemen William Villeneuve and Jeremy Poirier second and eighth overall respectively, while choosing forward Josh Lawrence with the 15th overall pick.

“Villeneuve and Poirier will play big minutes for us immediately,” Sea Dogs’ President and General Manager Trevor Georgie pointed out. “They’ll be out there in all situations, including the powerplay and penalty kill. Josh Lawrence is one of our forwards that has the potential to be an elite level player. Our draft class in general this year has big upside. We selected a lot of talent but also a lot of character.” Georgie was also quick to point out that the Dogs accomplished a virtually unheard-of feat by acquiring six of the top 30 players listed in the final CSR Rankings at last June’s Draft.

What will it take for your team to return to the playoffs?

After winning the franchise’s third President Cup Championship in 2017, the Sea Dogs fell to the bottom of the standings last year, failing to qualify for the postseason for the first time in four seasons.

“You want to make the playoffs every year,” Georgie admitted. “For us though, it’s all about winning championships. Right now, our end goal is to be a championship contender (in 2020-21). We’re going to win by giving our young players every opportunity to develop. We also want to make sure our young guys are well insulated with quality veterans like (top returning scorer) Anthony Boucher. We know some nights are going to be tough, but we have a blueprint in place to develop another winning team and that’s the direction our entire organization is committed to going in.”

With Alex D’Orio having both playoffs and an NHL camp experience, what kind of leadership can he bring to your group?

Entering the 2018-19 season, goaltender Alex D’Orio is the last player remaining from the Sea Dogs’ 2017 President Cup winning roster. The 19-year-old Pittsburgh Penguins prospect will be relied on as never before to keep his club as competitive as possible.

“Alex kept us in a number of games last season,” Georgie recalled. “We believe he’s the best goaltender in the league. He has earned the respect of his teammates and is a true professional with how he conducts himself and with his work ethic off the ice. He’s taken in (17-year-old backup netminder) Tommy DeSilva to live with him during training camp this year and act as a mentor for him. We’ll be putting three 16-year-old defenseman on the ice regularly this coming year and we feel having Alex and his ability to make big saves in nets will give our young defensemen the confidence to play their game and take the occasional risk instead of just chipping the puck off the glass and out. We want them to feel comfortable in knowing “big brother” Alex will be there to bail them out when needed.”