Our 18 Remparts
by
Scott Briggs 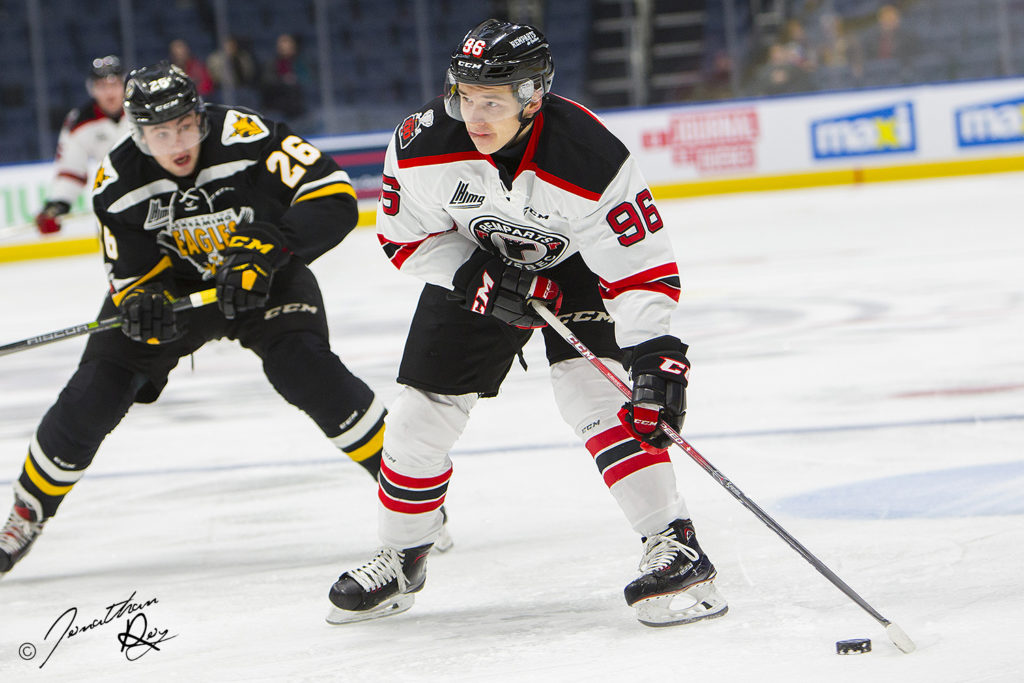 Following a first round seven-game elimination by the Charlottetown Islanders in the 2018 QMJHL playoffs, the Quebec Remparts shook things up in their front office. The departure of head coach and general manager Philippe Boucher over the summer set the stage for the return of a familiar face in Quebec, Hall of Fame goaltender Patrick Roy. Before the 2018-19 season kicks off, we asked the new coach and G.M. a few key questions.

With so many changes made within the hockey personnel, what style of play will the Remparts have in 2018-19?

“We won’t change our style of play. We’ll play the same way we did when I coached the Remparts before, and the same way we did when I was in Colorado [for three seasons in the NHL]. Offensive hockey is the type of hockey we’ve been playing for a long time here. I’ve always been a rush-coach; I love when the defencemen join the rush and [create] offence. Plus, it’s entertaining for the fans to have a team that plays offensively. The city and the team did a great job with the new building [Centre Vidéotron] for our fans, so I’m excited to coach my first game there [on Sept. 22 versus Rimouski].”

Without a pick before the third round of the latest QMJHL Draft, who are the rookies who have the best chance at having an immediate impact on the team this year?

“We’re really excited about Nicolas Savoie [a defenceman from Dieppe, New Brunswick, and a product of Nova Scotia’s Newbridge Academy, selected in the fourth round at 65th overall]. He was [considering] going to Providence College [NCAA], but when he was in town, we sat down with him and his family for lunch, and things went very well. We explained our plan and we’re very fortunate that he decided to come and play with us. We didn’t get to draft until the third round and [Savoie] was chosen in the fourth round, but getting a player like that is similar to getting a first-round pick. He’ll be the 16-year-old rookie who makes our team.”

The chemistry between the Remparts’ European duo – rookie Aleksei Sergeev and veteran Philipp Kurashev – seems obvious. What can we expect from them in terms of offensive production this season?

“I don’t like to put numbers on it, but so far they’ve been very dominant. [Sergeev had eight points in his first three pre-season games, while Kurashev tallied five points in two exhibition contests before leaving for training camp with the Chicago Blackhawks]. Aleksei has been adapting very well to the league and the size of the rink. Sometimes, European players will struggle with the [smaller] ice surfaces [in North America], but he has been pretty consistent, night after night. Philipp is at training camp with Chicago right now, but he’s been like a big brother to Aleksei on the ice.”