Our 18 voltigeurs
by
Will MacLaren 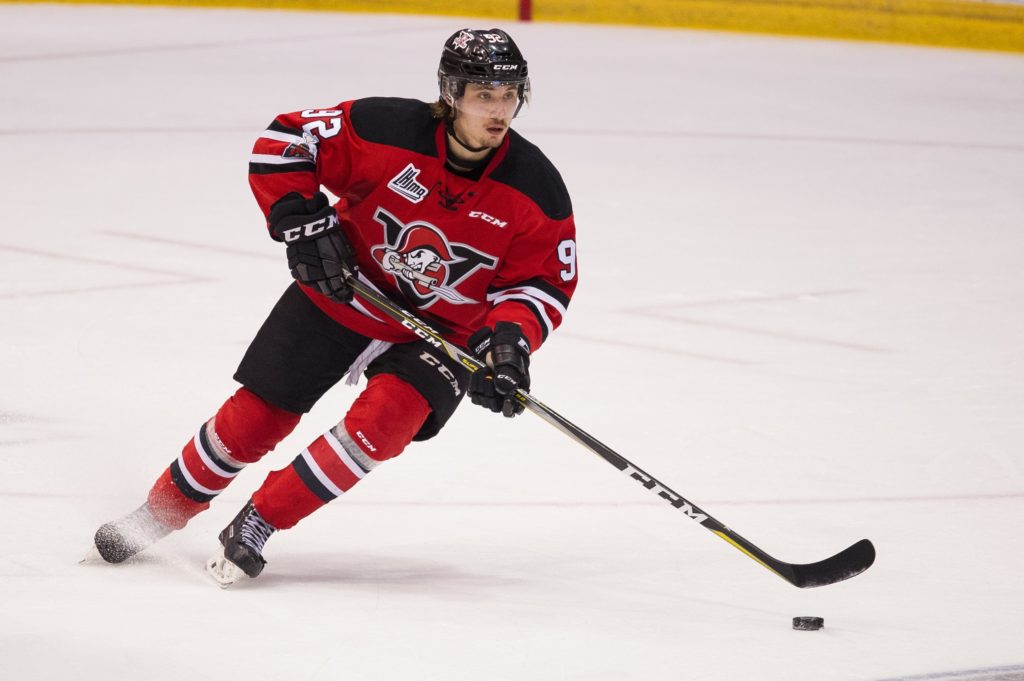 The team is mature and expectations are high for the Voltigeurs this season. What are the elements that allow the team to dream of a title in 2018-19?

The Voltigeurs return 15 players from last year’s club that posted 92 points during the 2017-18 regular season and won their first playoff series in four years.

“Almost all of the guys are back [from last season]”, Voltigeurs General Manager Stéphane Desroches commented. “We don’t have to start at zero with these guys. We know what to expect and so do the players.”

After being alongside Dominique Ducharme for a few seasons, Steve Hartley is now the bench boss in Drummondville. How will the new coach leave his stamp on this year’s team?

Hartley and Ducharme have a long history together, including guiding the Halifax Mooseheads to a Memorial Cup victory in 2013. After the past two seasons in Drummondville together, Ducharme has jumped to the NHL as an Assistant Coach with the Montreal Canadians, paving the way for Hartley’s first QMJHL head coaching position.

“There will be a lot of continuity with Steve as Head Coach,” Desroches said. “But still, he has his own ideas and his own personality. He knows the guys and the guys know him. The game plan will almost be the same.”

Desroches was also quick to point out the hiring of former QMJHL and 15-year professional player Steve Begin as a key addition behind the bench.

With the arrival of players such as Maxime Comtois and Felix Lauzon, how is this season’s team better than last year’s?

Comtois has been an offensive force in the “Q” over the past three seasons while also helping Team Canada earn gold at the 2018 IIHF World Junior Hockey Championship. As for 20-year old Lauzon, he brings almost 250 games of major junior experience as a gritty, two-way center. Both Comtois and Lauzon were key pieces on a Victoriaville club that eliminated the Voltigeurs during the second round of the 2018 President Cup Playoffs and now join a veteran-laden squad in Drummondville.

“Comtois and Lauzon are big pieces of what we expect to be a great season,” Desroches explained. “Both can score, skate and hit. They are both great leaders. We feel they will adapt to [the team] very easily. Everyone’s one year older and bring one more year of experience with them. We’re happy with where we’re at entering this season.”