Our 18 screaming eagles
by
Craig Eagles 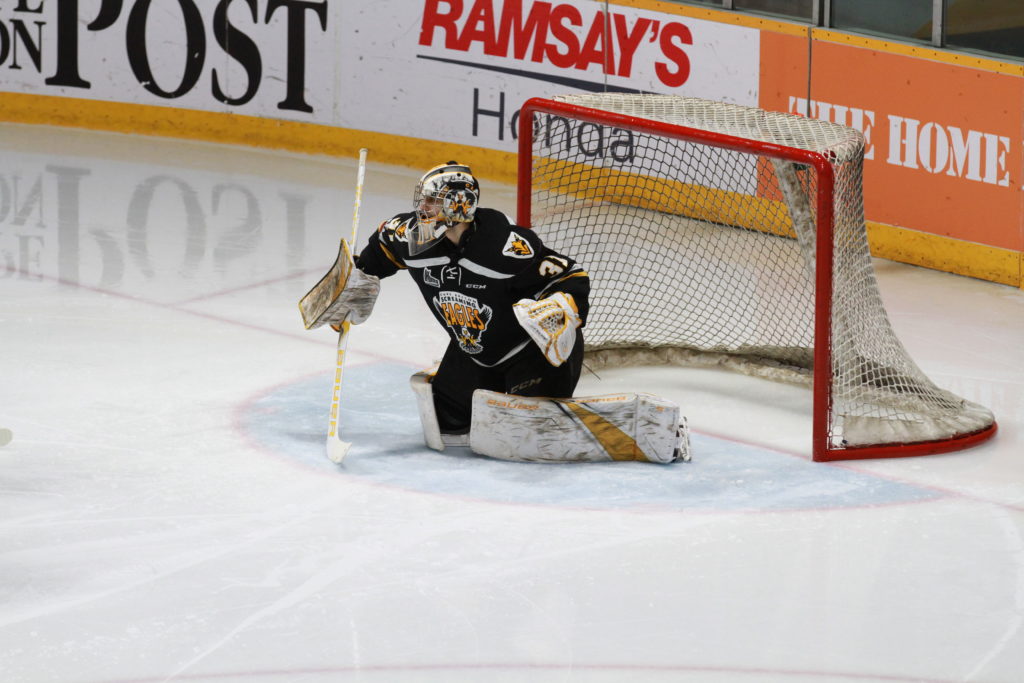 The Cape Breton Screaming Eagles have something to prove in 2018-2019.

The young and highly skilled Screaming Eagles are hungry and ready to fly up the QMJHL standings.

Screaming Eagles Head Coach and General Manager, Marc-André Dumont and his scouting staff have done a tremendous job drafting, projecting and developing young talent in hopes of building towards something special.

With the right blend of highly skilled young forwards, the presence of veterans on the blue line and an NHL draft pick between the pipes, the Screaming Eagles could surpass expectations within a very competitive Maritimes division.

After the acquisitions of veteran blue liners Crête-Belzile and Forest, how will the 2018-19 defensive corps be an upgrade on last season’s?

“We have seven defencemen that have experience in the league. That brings a lot of depth”, said Dumont. “It’s very exciting. They all bring something different to the table and they are all eager to contribute and help the team succeed.”

Mitchell Balmas has always found ways to find the back of the net since his arrival in the QMJHL. Now back home, how will he impact your team’s offense?

“Mitchell is a great example of a player who has grown every season in his major junior career,” Dumont said. “If you look at [him] just a year ago, he’s a much better player and more complete all-around player today. I think it’s fair to say that Mitchell’s ceiling is still very high and he has so much room and will to improve. We have seen that during training camp,” Dumont added of the President Cup and Memorial Cup champion.

“We have seen Mitchell work on details and improve his game. He’s going to bring a lot to the table in terms of experience,” Dumont added. “Everyone talks about [him] scoring goals, and that’s definitely a skill that he displays regularly, especially in the last twelve to eighteen months. But above that I think he’s a player that can show a high level of responsibility away from the puck. Mitchell’s experience last year with Bathurst will be an asset for our group of players.”

With such a competitive Maritimes Division, what will the Screaming Eagles need in order to distinguish themselves from their rivals?

“We know that this division is competitive year after year and even teams on a rebuild find ways to show up every night and to be competitive”, noticed Dumont. “We have proven it the last two years; we had young teams and despite that, we had an above .500 record both seasons. It was the same with Charlottetown last year. Everyone expected them to finish low in the standings and the opposite happened, it’s a tough division.”

“There are two elements for our team to be competitive within the division this season”, admitted Dumont. “We have to remain consistent in our play, and we need to show some discipline too. We have discussed that last element as a group, discipline not just in terms of penalty minutes but also in terms of playing our game and keeping our identity game in, game out. I think if we can be consistent in our discipline and style of play, it will pay dividends in the long run.”