#Our18: Roy ready to roll with Remparts

Our 18 Remparts
by
Scott Briggs 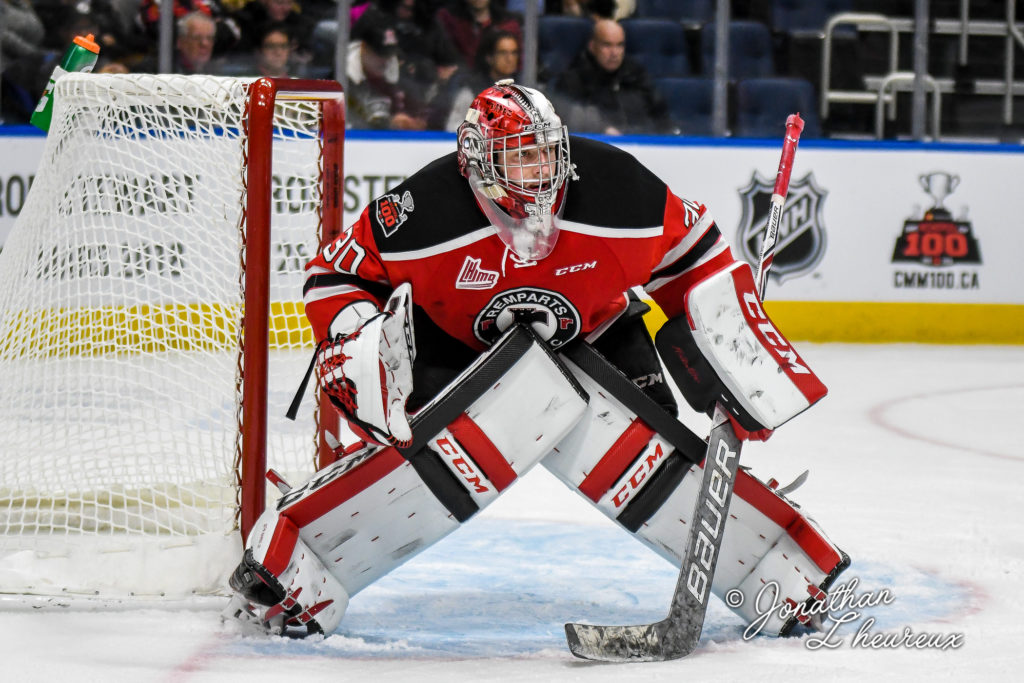 His mere presence evokes electricity and emotion in any rink he enters. Whether fans are cheering for him or rooting against him, everyone notices Patrick Roy and anticipates how he’ll react to what unfolds on the ice.

Roy has returned to the QMJHL as the head coach and general manager of the Québec Remparts. The Hall of Fame goaltender is coming back to where he won a Memorial Cup championship (2006), the highlight of an eight-year tenure in which he posted an overall record of 348-196 for an impressive .640% winning percentage.

The four-time Stanley Cup champion brings back a wealth of experience from three seasons in the NHL as the head coach and vice-president of hockey operations of the Colorado Avalanche. He guided his former club to a 112-point finish and a playoff appearance in 2013-2014 en route to winning the Jack Adams Trophy as Coach of the Year.

Now that Roy has returned to the QMJHL coaching/GM ranks, the former Montreal Canadiens great has been greeted with open arms in his second tour of duty with the Remparts.

Roy inherits a team that finished third in the East Division (40-22-3-3, 86 points) last season behind the Rimouski Océanic and the Victoriaville Tigres, respectively.

Québec’s campaign ended with a seven-game, first-round playoff loss to the Charlottetown Islanders. With an eye on redemption, the Remparts have a cluster of returning players entering this season.

The attack will be led by Chicago Blackhawks prospect Philipp Kurashev, who tallied a team-high 41 assists as part of a 60-point season. The third-year veteran is sure to benefit from the presence of CHL Import selection Aleksei Sergeev.

Antoine Samuel was the goalie for Québec’s seven-game playoff setback against Charlottetown, finishing a four-year career in the QMJHL. With the 2016-17 Scholastic Player of the Year gone, fourth-year veteran Dereck Baribeau (22-16, 2.90 goals-against average and .896% save percentage) is poised to claim the crease.

The 6-foot-6 Minnesota Wild prospect has the pleasure (and perhaps pressure) of playing goal for arguably the all-time best to ever play the position. Two other goalies in camp have QMJHL experience – Anthony Morrone (4-7, 2.66 goals-against average and .909% save percentage last season with Victoriaville) and Oliver Troop (0-2 in four games with the Remparts last season).

The training camp roster lists eight goalies, including 2018 draft pick Kevyn Brassard. The Remparts selected 14 players, but their first pick wasn’t until the third round, when they chose Brassard 47th overall.