Our 18 olympiques
by
Francis Dupont 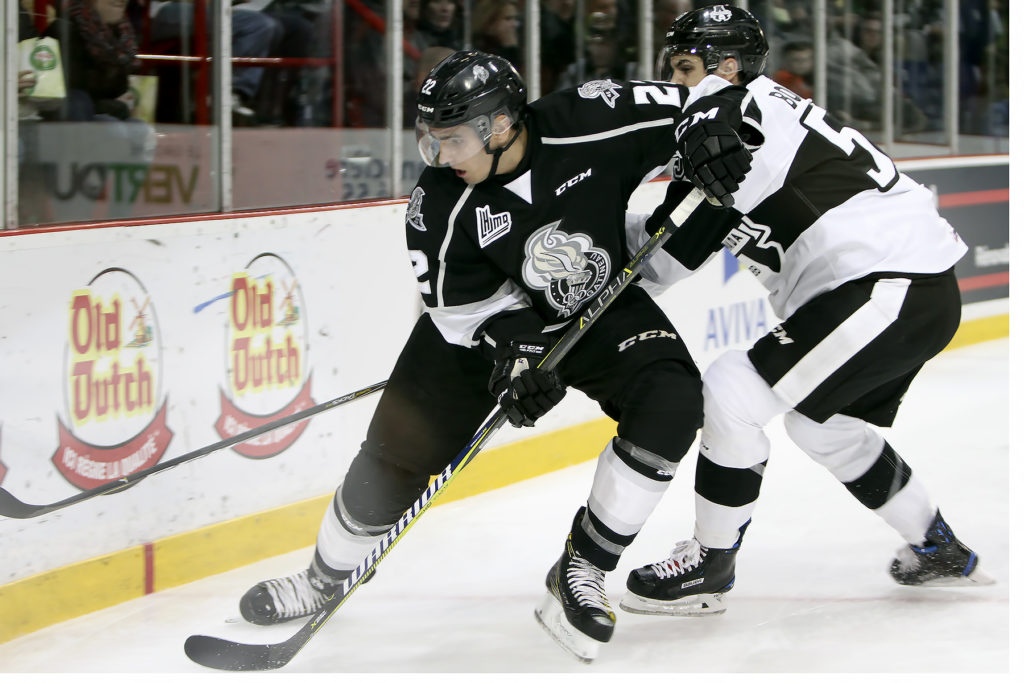 To hear general manager Alain Sear tell it, the Gatineau Olympiques will be a club to be taken seriously in 2018-19.

He built his roster based on talent and character with a mix of veterans and rookies and dares those who claim his team is still in a rebuilding mode.

After putting up 44 points last season, king-sized centreman Dawson Theede moving on is a loss that will have to be compensated for. The offence will fall on Shawn Boudrias who posted 28 goals and 60 points last year. All signs point to the 6-foot-4, 218 pounder being up to the task as he looks to once again step up for this team this season.

The Olympiques saw no less than seven rookies crack the roster out of training camp under the watchful eye of head coach and former Canadiens and Flames forward, Eric Landry. Two of those upstart freshmen turned heads on offence. Left-winger Kieran Craig and Pier-Olivier Roy enjoyed some very strong preseason games which provided a glimpse of the bright future lying ahead in Gatineau. Alexandre Pellerin also stood out in this impressive group of young guns.

On the blueline, Chris McQuaid, Gabriel Bilodeau and Pier-Olivier Lacombe will see their responsibilities spike as a result of filling the role left vacant by Alex Breton who amassed 40 points a year ago. If Gatineau hopes to remain among the QMJHL’s top power-play teams (5th in 2017-18, 22% efficiency), it will be up to those d-men to direct pucks at the net.

Berube is the real deal

Between the pipes, the club will again be turning to Tristan Berube to keep the puck out of the Olympiques’ net. The native of La Pocatiere, Quebec is entering his third QMJHL season and posted a 2.94 goals against average a year ago.

“Any team would want a guy like Berube. He has made a name for himself over the years both on the ice and in the dressing room. He plays a huge role for us,” explained Sear.

On the blue line, all eyes will be on rookie David Aebischer who has all the makings of a power-play quarterback. It comes as no surprise that the Olympiques pulled out all the stops in convincing the Switzerland native to make the jump to North America. In the same vein, Russian Yaroslav Likhachev could also prove to be an important pick-up. He is known for his magic hands and could prove to quickly become a fan favourite in Gatineau. At only 160 pounds, he is hardly the biggest winger around, but he is incredibly talented. He made quite an impression at the Hlinka-Gretzky tournament in August where he piled up seven points in only five games for Team Russia.

The future is bright in Gatineau. In addition to the great prospects in their pipeline, the team is also looking ahead to its brand-new arena to be built over the next two years. Needless to say, these are very exciting times for Sear and his team.

“We are thrilled about all our projects and we know that the best is yet to come for Gatineau fans,” said Sear.

2018 Playoffs:
Ousted in five games in the opening round by the Victoriaville Tigres.