#Our18: Halifax has championship blueprint

Our 18 Mooseheads
by
Craig Eagles 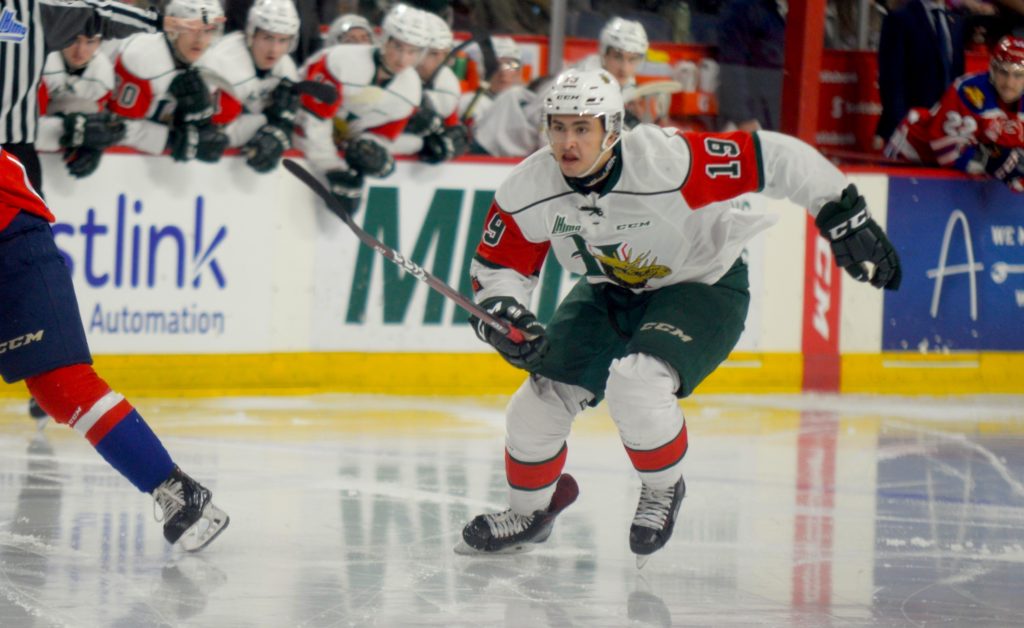 The shadow of past championship glory is still cast from the banners atop the Scotiabank Centre.

But now, a new generation of players poised to etch their names in Halifax hockey lore has arrived; the 2018-2019 Mooseheads are built to win.

The Mooseheads have a tradition of building championship teams and producing future National Hockey League stars. This year’s version of the ‘Herd’ boasts a plethora of high-profile NHL Draft Picks, NHL Draft Prospects, skilled young players coming into their prime and a great mix of impactful veterans.

The team’s general manager, Cam Russell, and the entire Mooseheads’ scouting staff have done a tremendous job through the years, but this team could be the deepest roster that they have ever assembled.

The Mooseheads have always built through the draft. However, Russell and Co. have drafted and developed an amazingly talented core group of players, and have made all the right moves via trades.

Predictions and projections aside, the Mooseheads are an elite team that possesses depth and skill at every position. It’s clear that Russell has followed his blueprint to a tee, however it’s up to veteran bench boss Éric Veilleux to get the most out of this talented group.

Veilleux will be the fourth head coach to stand behind the Moose bench in the past five years. He returns to the major junior ranks after a four-year stint in the pro ranks and will be relying heavily on his past success, both hosting and winning the Memorial Cup, with the Shawinigan Cataractes back in 2012.

It’s still uncertain if Veilleux will have 2018 6th overall NHL Draft selection Filip Zadina at his disposal this season. The Mooseheads have planned accordingly if Zadina is to make the jump to the NHL and have one opening remaining in their roster if the Detroit Red Wings decide to send the highly touted sniper back for a swan song at the junior ranks and guaranteed Memorial Cup appearance.

While Benoit-Olivier Groulx, Arnaud Durandeau and Xavier Parent will all provide a great two-way presence for the Herd this season, all eyes will be fixated on 2019 projected 1st rounder in the NHL Draft, Raphael Lavoie.

Lavoie had a breakout season last year and could eclipse the 50-goal plateau given his size, high skill set, skating ability and willingness to go to the dirty areas to contribute offensively. As for 2018 QMJHL 1st rounder Samuel Dubé, he will also be an exciting player to watch for this season.  The diminutive center has dynamic skill and speed and will fit nicely into the Mooseheads lineup.

There is no doubt the Moosehead boast one of the deepest most skilled blue lines in the entire QMJHL. Halifax is returning a proverbial who’s who of NHL-caliber defencemen in Jocktan Chainey, Jake Ryczek and recent NHL draft selection Jared McIssac, while sophomore sensation Justin Barron will play an even larger impact on the Herd’s backend this year.

Between the pipes, Chicago Blackhawks selection Alexis Gravel is back again this year and will share the crease with rookie Cole McLaren. It will definitely be interesting to see opponents trying to squeeze pucks by the towering 6’3” netminders.

While the season is long and grueling, it’s hard to ignore the championship blueprint the Halifax Mooseheads roster appears to have.

Lost to Charlottetown Islanders in second round (0-4)