#Our18: Encouraging signs in Sherbrooke 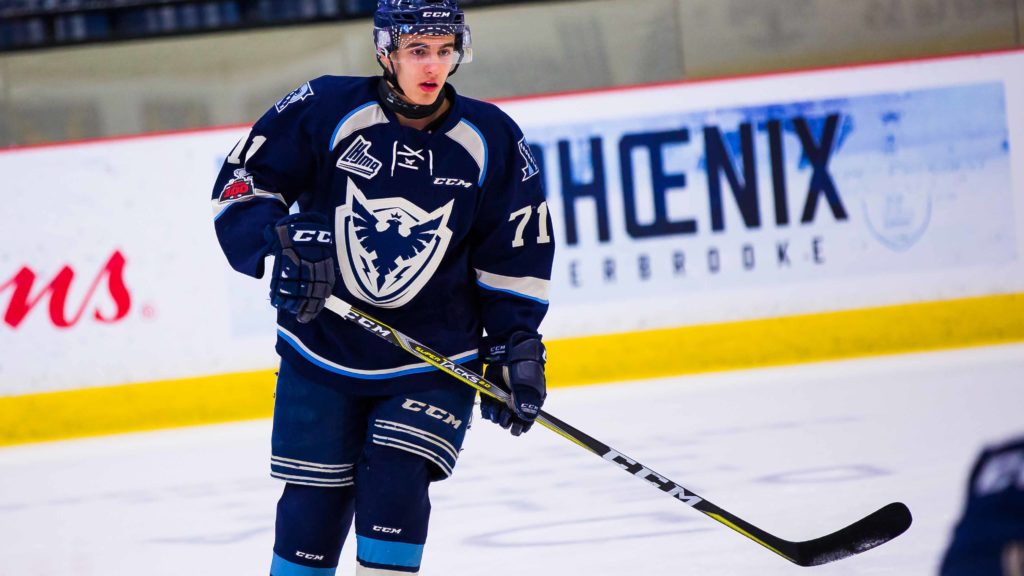 For the first time in team history, the Sherbrooke Phoenix won a playoff round. After six years, the club finally reached the second round and the purgatory of Sherbrooke’s fans is now over and done with.

“We are a very fast team and a lot of offensive firepower. Our team is young, but we can do some good things. The key for us will be to be consistent over 68 games. We have good chemistry and with these elements in place, anything can happen,” smiled head coach Stephane Julien who is welcoming 14 new players to his dressing this season, including nine rookies.

Quinn Hanna, Nicolas Roy, Connor Senken and William Duperron have all moved on and have been replaced by young players who now comprise the future of the franchise.

Sherbrooke now has nine players aged 17 and under including Vincent and Julien Anctil, Jacob Rabouin, Jeremy Rainville, and Dilan Savenkov who have all earned their spot on the team. They will lend a helping hand to a young veteran core made up of Samuel Poulin, Jaxon Bellamy, Bailey Peach and Alexandre Joncas.

“The departure of our two European players and our three 20-year-olds created openings in our lineup. The Anctil brothers are very mature physically and show some good signs. Last year we used Nathael Roy nine times as an affiliated player. We knew what kind of player we were getting. I also like the way Patrick Guay has carried himself since the start of camp. And we have already seen some nice chemistry forming among our new players.”

The Phoenix’s blue line also a much different look this season. Losing Thomas Gregoire and Luke Green to the pro ranks huge blow to the club.

“We acquired Ryan DaSilva to add some punch to our power play. Most of our defencemen are rookies or have only one season under their belts. Obviously, our biggest challenge this season will be on the blue line. The good news is that we saw some really good things at camp. Now it’s all about finding some consistency.”

Poulin was the team leader in the preseason in points per game with five points in total to go with 13 shots in only three games played.

“Rarely have I seen a player be as professional as he is at his age. He works hard off the ice and pays a lot of attention to the finer points and to advice he receives. His season got off on the wrong foot last year due to a concussion. He needed some time to get back into game shape and by season’s end he had averaged almost a point per game. At Team Canada’s U18 camp, he was one of the better players. I think that was simply a continuation of what we began to see. If he is able to handle the pressure, he will be a dominant player in this league.”

Three’s company for the first time for the Phoenix

Between the pipes, 20-year-old veteran Brandan Cregan will share duties with Thomas Sigouin and Thommy Monette, marking the first time the team will be carrying three goaltenders.

“They know what to expect. The truth is there is no set schedule. I would feel bad following a great performance by one of them to then hand the net over to someone else just because it was supposed to be their turn. They will need to bring the right attitude to practice and of course we want to win. We will take it week to week. Our rules are clear and accepted by everyone.”

2018 Playoffs : Lost in the quarter finals to the Acadie-Bathurst Titan (0-4)