#Our18: Cape Breton on the cusp of something special

Our 18 screaming eagles
by
Craig Eagles 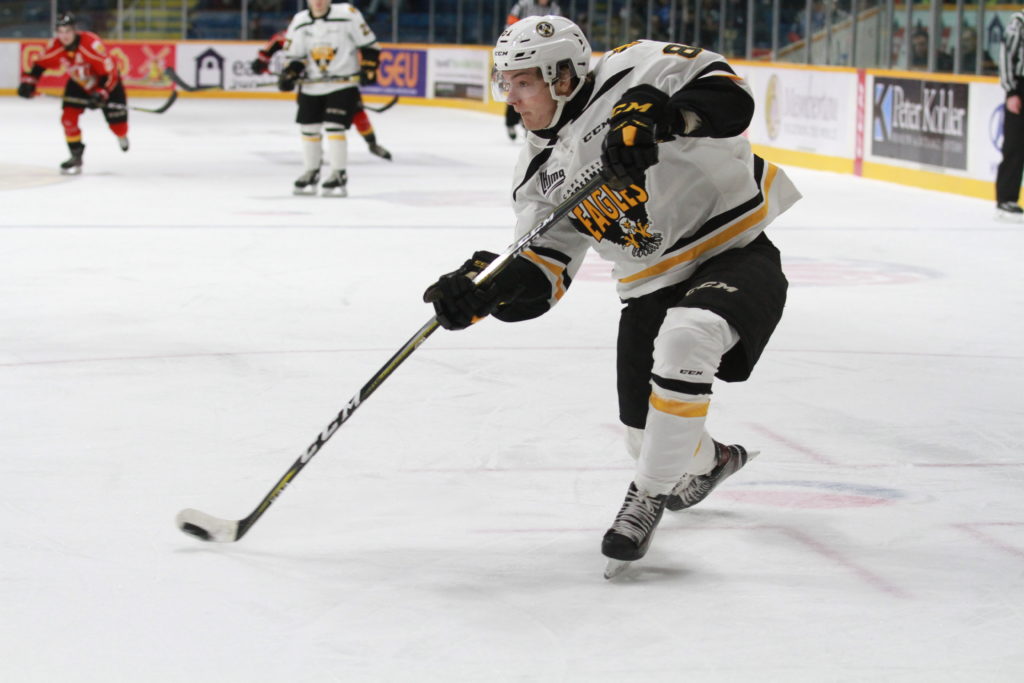 The Cape Breton Screaming Eagles are ready to take flight.

The team has new expectations entering the 2018-2019 season as it prepares to compete within the highly competitive Maritimes Division.

Over the past two seasons the Screaming Eagles have been developing and incorporating young talent into their lineup in hopes of building towards something special.

The Screaming Eagles remained competitive throughout the restructuring process and have all the pieces in place to have an impact on the QMJHL overall standings.

The NHL’s Ottawa Senators 2018 6th round draft pick, goaltender Kevin Mandolese, is coming off a strong showing a season ago and is ready to take command of the crease for the Screaming Eagles.

Mandolese shared the net with Kyle Jessiman for the past two seasons as the Screaming Eagles boasted one the strongest goaltending duos in the QMJHL. Screaming Eagles Head Coach and General Manager Marc-Andre Dumont’s decision to trade Jessiman to Baie-Comeau during the QMJHL Draft cemented Mandolese’s role as the starter. With a plethora of veteran blueliners in front of him, Mandolese is due for a breakout season.

With the acquisition of Antoine Crête-Belzile and Wilson Forest via trade, along with defensive stalwarts Adam McCormick and Winnipeg Jets prospect Leon Gawanke, the Screaming Eagles possesses a highly skilled multi-dimensional Top 4 on the blue line.

Noah Laaouan, one of two Screaming Eagles 2017 1st rounder’s, is due for a breakout season as well and will have an increased workload entering the season. Kyle Havlena and Ian Smallwood round out a very deep, skilled, and gritty defensive corps. With this defensive corps of solid puck movers, the Screaming Eagles will always be on the attack.

Ryan Francis and Brooklyn Kalmikov are coming off tremendous rookie seasons and will undoubtedly increase their point totals from a season ago. Gritty import Egor Sokolov could possibly eclipse the 30-goal plateau himself, while veteran center Declan Smith will also look to increase his impressive point totals from 2017-2018.

Dumont’s willingness to inject youth into the Screaming Eagles lineup coupled with his ability to pull the trigger on substantial deals the past two seasons has his club on the cusp of something special.