#Our18 : A fresh start with unexpected results for the Tigres 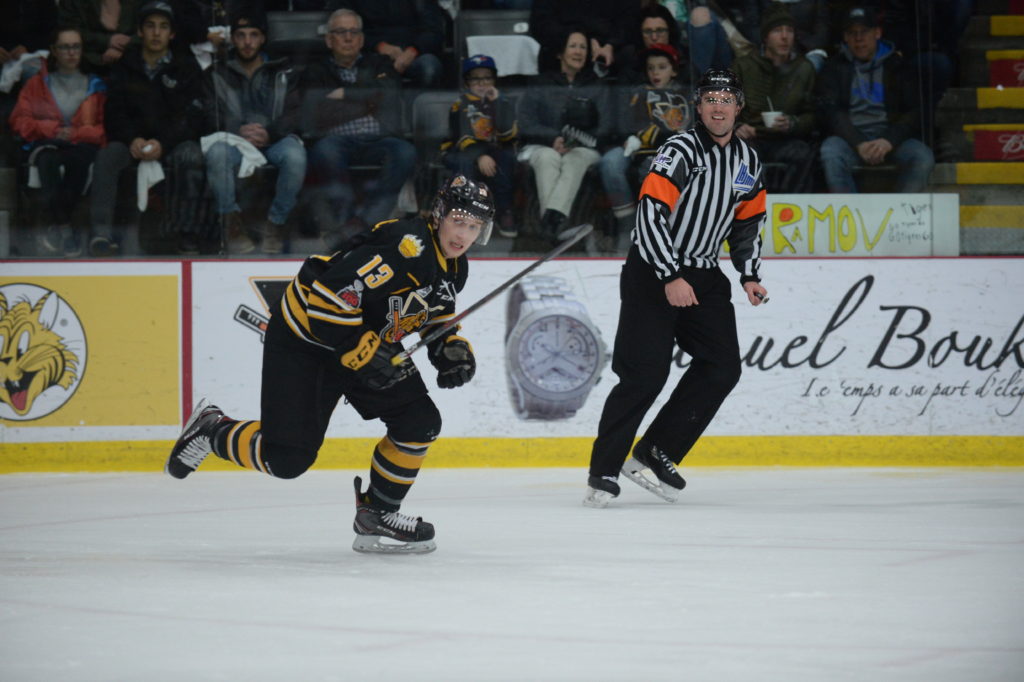 Many justifiably had them among the favourites last season. The Victoriaville Tigres ultimately saw their 2018 playoff run end in the President’s Cup semifinals. But the club’s acquisition of several quality players also came at the cost of sacrifice and the team is now in a crucial rebuilding phase.

No less than 13 new players cracked the Victoriaville lineup out of training camp for head coach Louis Robitaille ahead of this upcoming season.

“That’s a lot, obviously!, said Robitaille. Aside from Simon Lafrance, Felix Pare, Edouard Ouellete and Mathieu Sevigny, the rest of our forwards are all new to the team. We are really starting from scratch!”

To this point, the team has surprised many with three wins and only one loss in regulation over its six preseason games.

“Camp was definitely better than we ever could’ve expected,” beamed Robitaille. “I think the veterans we had on the team last year set the pace by being an example to our young guys since the start of camp. And our new players have meshed perfectly with the team identity we have been striving for.”

Eight of the club’s rookies are 17 and under and that group will have some big skates to fill.

“We lost a lot of quality veterans over the offseason through trades or 20-year-olds having moved on to the pro ranks,” explained the Tigres’ bench boss. “We now have to rebuild ourselves into a strong team. Our additions of two quality European players and our excellent rookie class have really set the table for that. They’re players who will generate a lot of offence for us.”

With the arrival of Mikhail Abramov and Egor Serdyuk the Tigres will be able to count on a European dynamic duo. Rounding out their line will be Feliks Morozov, who was born in Ukraine but is considered North American by the CHL.

“[Morozov] played some good games last weekend. We joined us quite late and is now adapting to our speed. What’s the most fun for me is now he speaks English very well as well as Russian which is great! That means he can translate for Russian players and I don’t have to use an online translator to explain things to them,” smiled Robitaille.

As for Abramov and Serdyuk, they combined for 10 points in four preseason games.

“They speak Russian on the ice so who knows they may have hidden plays. They have also taken part in a Russian national team training camp together. They share some nice chemistry and we don’t want to separate them since their combination can be explosive.”

The pair have been assigned to different billet families where they will spend the season in order to encourage their French immersion process.

Familiar faces on the blue line

The Tigres defence corps is a known commodity with four returning members from a year ago.

“Our defence is relatively experienced. It’s also going well in the crease. Before Etienne Montpetit arrived last year, Tristan Cote-Cazenave put up some good numbers. Even though he spent the season playing behind Etienne, he still won 25 games,” recalled Robitaille. “When he took over the crease following an injury to Etienne, he did a really good job for us. He arrived very determined this season. He has full confidence in his ability and he has of our full confidence, too.”

2018 Playoffs
Swept by the Acadie-Bathurst Titan in the semifinals.