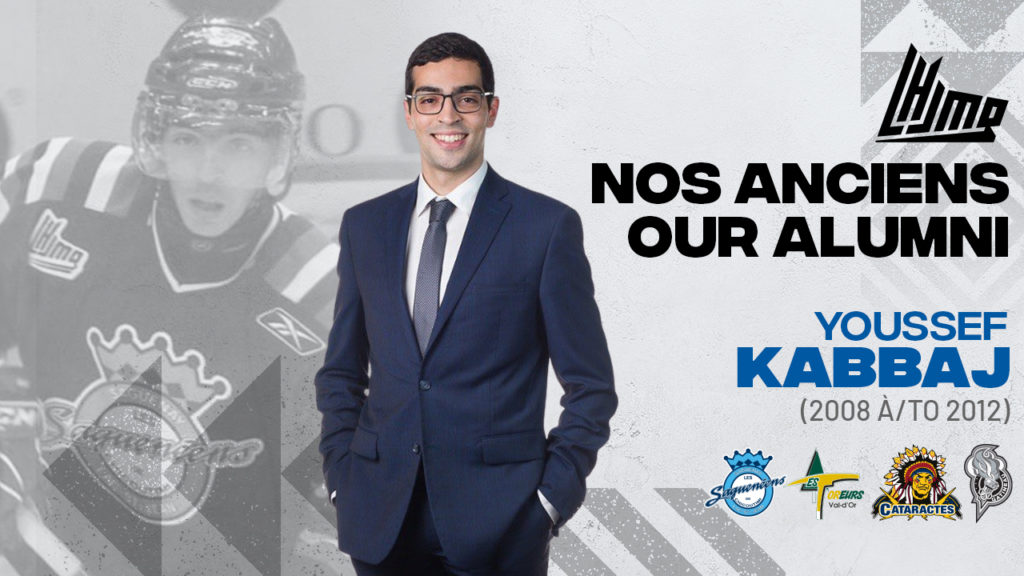 Youssef Kabbaj is the first to admit it: he would not be the man he is today without his stint in the Quebec Major Junior Hockey League.

The lawyer in the greater Montreal area developed many important skills while he was playing for the Chicoutimi Saguenéens, the Val-D’Or Foreurs, the Shawinigan Cataractes and the Gatineau Olympiques.

“I had a very formative experience with those teams. I’m the only child of two Moroccan immigrants so playing in the Q allowed me to discover a Quebec I did not know”, he says. “I had the chance of discovering many communities along the way.”

Now 29 years old, Kabbaj says he had the chance to craft skills to help him manage the realities of working in a group or a team. Those qualities still serve him today as a valuable member of one of the biggest lawyer firms in Canada, Blake, Cassels & Graydon.

“The cases we handle generally can’t be handled by only one person. Managing everything in the context of high-pressure situations, like the ones we experienced in major junior hockey, is a skill that serves me well today”, explains the Westmount, Quebec native.

A lawyer must show discipline and perseverance, exactly like a high-level hockey player needs to. 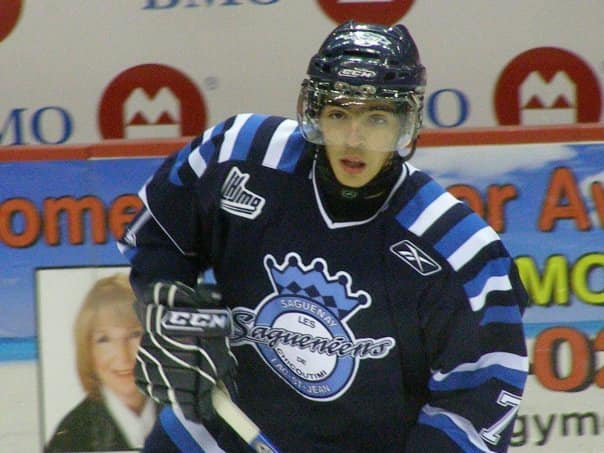 “It’s a very demanding profession in terms of working hours and pressure. You have to be well organised and disciplined if you want to succeed”, mentions Kabbaj. “We have to find a good balance between social life, physical training to remain in good health, and work. That schedule management is something that major junior hockey taught me when I was still in college.”

He also thinks that the League’s scholarship program made things a lot easier for him when he was studying law at Concordia University.

“That program allowed me to buy school furniture and pay for everyday expenses. It was a financial support that was greatly appreciated”, he admits. “Without that help, I would have had to get a job and it probably would have prevented me from performing as well in school, or from having the chance to play hockey for the [Concordia] Stingers.”

Even if the road to his new status as a lawyer was long and tortuous, Kabbaj says he’s incredibly proud of his achievements.

“Since I was a kid, I wanted to become a hockey player in the NHL or a lawyer”, he says with a smile. “It started with an ideology of justice I always had growing up. It developed when I realized the impact a lawyer can have on society. It’s a job that has a really big impact on social development and equality. I really wanted to contribute to my community and the society in general.”

But hockey remains a big part of his life. After his four seasons with the Stingers and a few games in the North American Hockey League, he spent two seasons in the Mauricie region’s Senior AAA League. Today, he laces up his skates once a week for the Cowansville Coureur des Bois, a team in the Richelieu Senior A League. 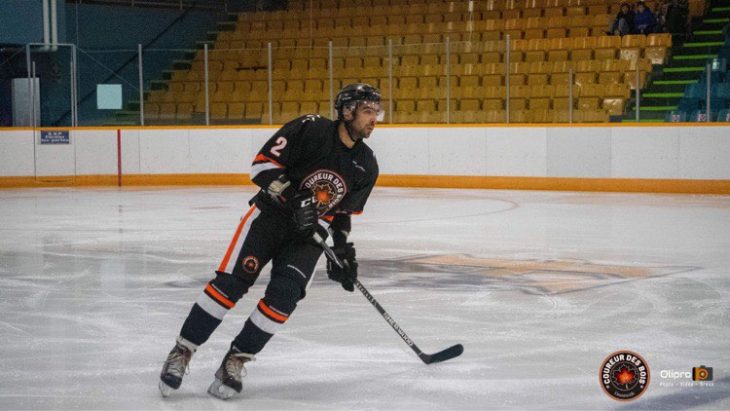 “It’s not the highest caliber, but it’s still some pretty good hockey. And it forces me to stay in shape”, laughs Kabbaj. “Hockey has always been a passion of mine. It was my first love, and it will be forever.”

The QMJHL alumnus says he has some wonderful memories of his time in major junior, more specifically from his beginnings with the Saguenéens organization and his billet family in Chicoutimi. He was staying with Carl Bouchard, the team’s assistant GM, along with his wife Micheline and their children, Anne-Sophie and Olivier.

His roommate at the time was Nicolas Deschamps, who’s currently playing in France, while Olivier Bouchard is currently an assistant coach with the Sags.

Great memories, Youssef Kabbaj has plenty. And they will remain with him for the rest of his life!