Our Alumni | Persistence pays off for Philippe Maillet 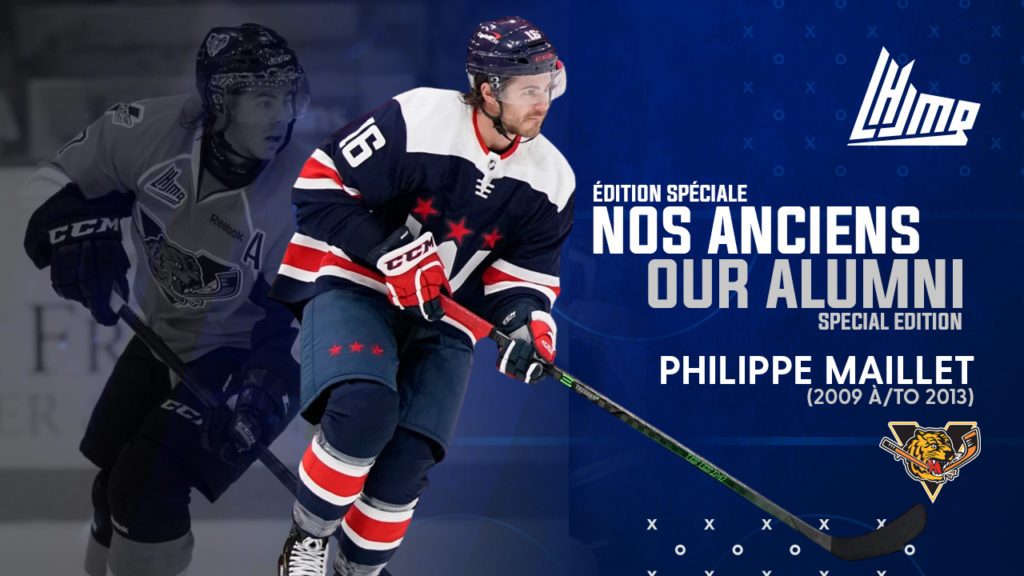 It was the last week of January when Philippe Maillet got the call.

It was a call that wouldn’t have been top of mind while laying on an operating table in a Quebec hospital in the spring of 2013. Or during his years lighting up the Aikten Center as a member of the University of New Brunswick Reds.

“I got sent down to (AHL) Hershey after camp (with the Washington Capitals),” Maillet explains. “A couple weeks later, I got a call saying that I was going up with the taxi squad. After another week, I showed up to the rink and saw I was the center on the fourth line in practise and we were playing the next day. I kind of started to figure it out. “

“It was obviously a big one for me,” he continues. “I’m 28 years old so I’ve been waiting for this moment for a long time. It was pure happiness.”

Being patient is second nature for Maillet. After 240 points in 295 regular season games with the Victoriaville Tigres from 2009-2013, he should have been on the fast track to a pro career.

“In the (2013 playoffs) against Baie-Comeau, I broke my ankle and needed surgery,” Maillet recalls. “I was supposed to go to rookie camp with the Vancouver Canucks that fall but ended up not getting an invite. I wasn’t sure what my next move was going to be until I heard from (UNB Reds Head Coach) Gardiner MacDougall. He said he’d been following my progress in the “Q” and discussed their legacy and winning culture. It was probably the turning point in my career and a choice I’ll never regret.”

Four years later and Maillet was skating off his home ice as a back-to-back University Cup Champion. This, on the heels of a campaign that saw him lead the country in scoring and capture USports MVP honors. The next move was an easy one.

“The (AHL Ontario) Reign offered me a deal,” he recalls. “After that season, I just felt I couldn’t refuse. It was still my dream to play pro hockey.”

Fast forward three years and Maillet is a member of the Washington Capitals, taking his first NHL faceoff against the Philadelphia Flyers and a player that featured in many previous battles against his Tigres.

“I was matched up against Sean Couturier,” Maillet says with a laugh, noting that it was “kind of nice” to see a familiar face.

Couturier wasn’t the only name from Maillet’s past that has reappeared lately.

“(Former Tigres Head Coach) Yanick Jean reached out to me when I played my first game,” the newest Cap points out. “We hadn’t been in touch for many years, but he still took the time and I really appreciated that. I have respect for all my coaches and I certainly give a lot of that respect to Yanick. He helped me so much.”

So, first game in 11 months, first NHL game, lining up against a former foe (not to mention the reigning Frank J. Selke Trophy winner). The end result?

“I got some positive feedback,” Maillet noted. “(Capitals Head Coach) Peter Laviolette came over to me on the ice the next day and said I played well. I was proud of the way I played. I had some jump. It wasn’t easy… but it wasn’t the time to make excuses. I wanted to go out and do my best.”

Doing his best and finding a way; no matter what rink you find him in, there are some things about Maillet that simply don’t change. 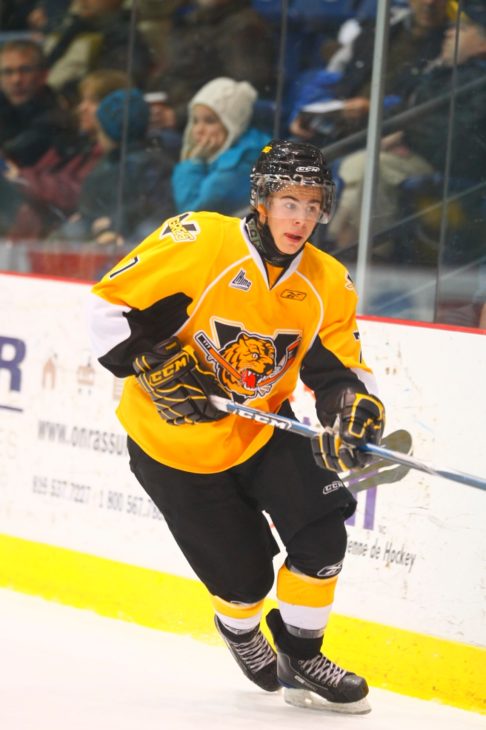