Our Alumni | Nicolas Guay continues to shine with UNB 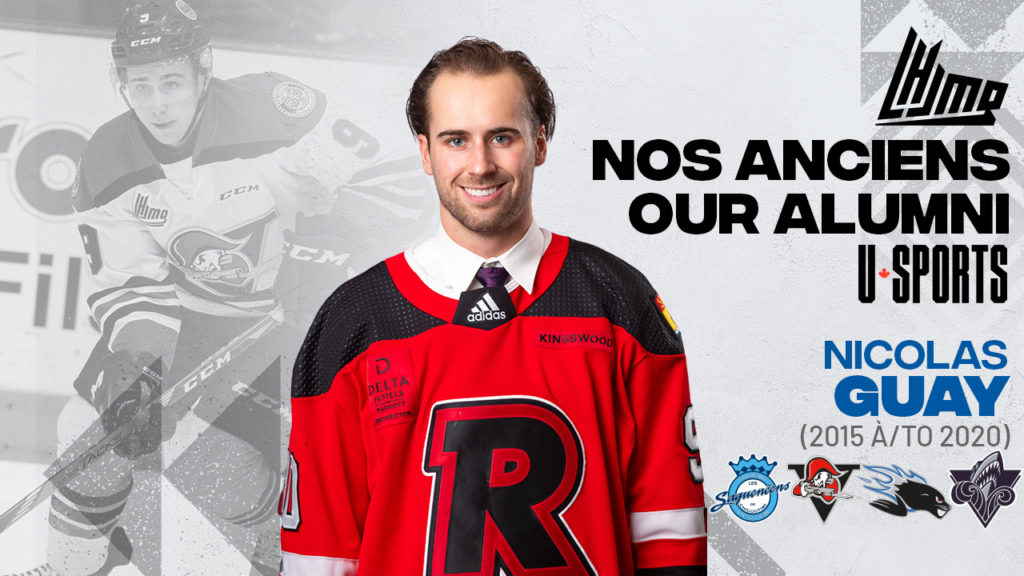 Nicolas Guay is a familiar and friendly face to junior hockey fans after spending parts of five seasons in the QMJHL from 2015-2020. In that span, he suited up for four teams: the Chicoutimi Saguenéens, the Drummondville Voltigeurs, the Saint John Sea Dogs and the Rimouski Océanic.

Guay’s best season came with the Voltigeurs in 2018-19 when he put up 87 points in 64 games. A natural-born leader, he also served as captain in both Drummondville and Saint John.

Following his major junior career, the 22-year-old chose the academic ranks to continue his hockey journey by joining head coach Gardiner MacDougall and the University of New Brunswick Reds. The move has allowed Guay to not only further develop his game – despite last year’s wiped-out season due to COVID-19 – but to also pursue an education in business administration. 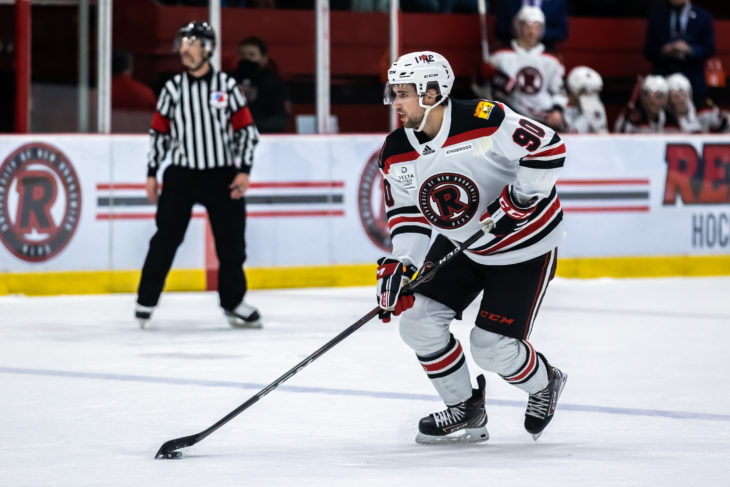 Guay is a player that MacDougall and his staff have always been high on, and that’s why they made the Sherbrooke, Quebec native one of their top targets in the QMJHL when they were going through their recruiting process two years ago. In his first year of competition in 2021-22, Guay’s presence on the team is already being felt in a big way.

“He has a magnetic personality and lots of charisma,” explained MacDougall. “He’s one of those players that just enjoys every moment. Whether he’s on the ice, whether he’s in the classroom, or whether he’s playing in a game, he gets the most out of every situation.”

Guay may like to have fun, but he’s also very serious about becoming a better player and a better student. On the ice, he plays on the Reds’ first line and has accumulated 25 points in 18 games so far this season. MacDougall describes him as a detail-oriented player with big offensive upside and a terrific work ethic. Off the ice, he was an Academic All-Canadian in his first year, but his coach is most impressed with the person that he is.

“He’s a great leader because people want to follow him,” MacDougall said. “He has a tremendous attitude, and it carries over into everything he does. He brings the passion and he’s very committed to excellence.”

That commitment to excellence has allowed Guay to succeed in hockey and that same drive will help him excel in whatever future endeavours he chooses. 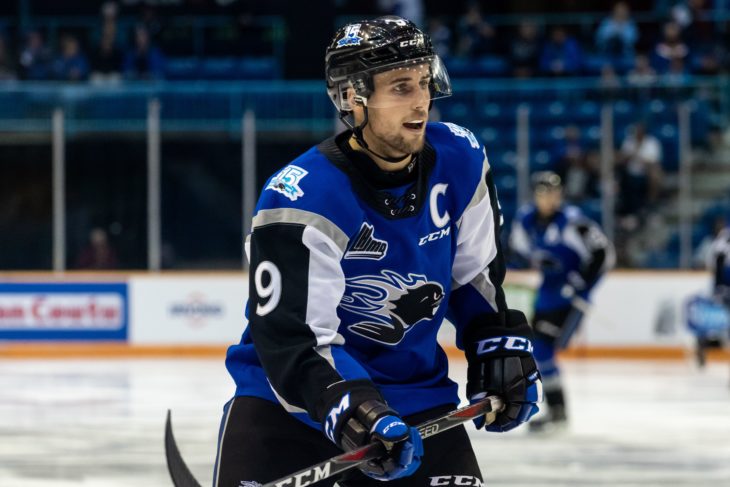 Kia Saint John Sea Dogs
BE A PART OF HISTORY: Volunteers needed for 2022 Memorial Cup Presented by Kia
9 hours ago