Our Alumni | Mongo looking to educate kids on racism in hockey 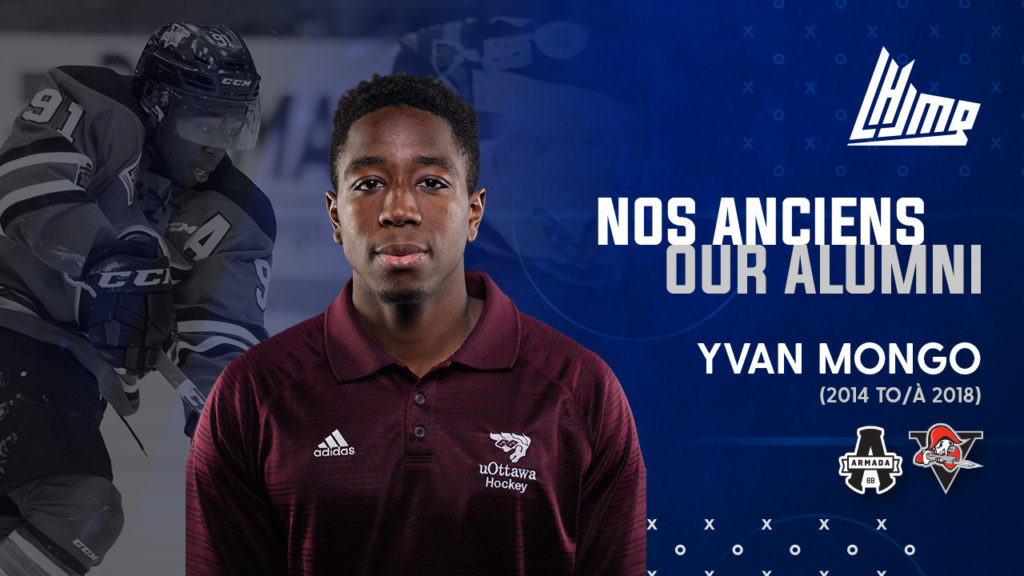 Yvan Mongo knows racism. He experienced it many times in his personal life and during his career.

Like the rest of us, he was horrified by the death of George Floyd in the United States. But the former Blainville-Boisbriand Armada and Drummondville Voltigeurs player decided to go beyond the anger he felt. He decided to act.

That’s how the idea for the project Les amis courageux de Mongo was born. (French for Mongo’s courageous friends)

“Following those events, my head coach Patrick Grandmaitre called me to see how I was doing, how I felt towards all this”, explains the third-year player with the Ottawa University Gee-Gee’s.

“During the conversation, we started to look at ways I could get involved in the community and do something positive about racism.”

That is when Mongo came up with the idea to invite young players from all backgrounds to attend one of his games. After the matchup, he plans to invite the group out on the ice to skate with him, followed by a group discussion where everyone could share their different experiences.

“We want to create an event that the kids will remember for a long time”, explains the 23-year-old. “I want to share a positive message and make them understand that the color of their skin should never be an obstacle to achieve something great, whether it’s in hockey or in their everyday lives.” 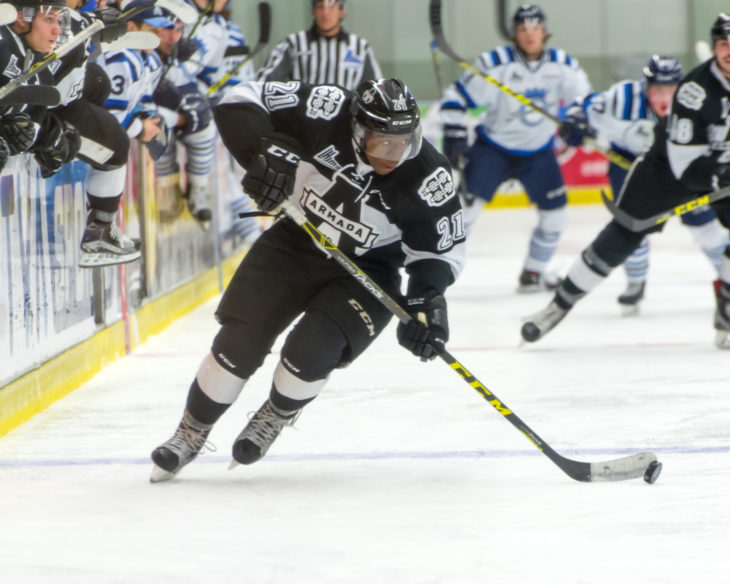 Unfortunately, the Covid-19 pandemic forced him to put his plan on hold.

“I thought about starting it online, but then I decided not to because I want this to be an important event that the kids will remember. They wouldn’t be able to benefit fully from the experience if we do it all online”, states the Gatineau, Quebec native.

Yvan Mongo says he has experienced racism three times while on the ice. The first time was when people were shouting insults his way, when he was playing at the Atom level…

“At that time, I didn’t really understand the impact those words could have on me. The only thing I remember was telling the referee. He was shocked. But he said he couldn’t do anything about it”, remembers Mongo.

The second time, Mongo was playing in his first bantam season.

“A guy was trying to get under my skin, but I just ignored him. It didn’t really affect me”, says the forward.

The last time, it was during his final QMJHL season. And it was impossible for Mongo to ignore the unpleasant remarks.

“I got called the N word by another player. That time, it really hurt my feelings because I thought I had gained the respect of all the players in the league. I was really shook”, mentions Mongo.

“Another incident occurred during the playoffs, when fans in the stands started imitating monkeys. I can’t say that it really bothered me because I was so focused on the game”, adds the finance student.

For Mongo, the time has come to offer players some training sessions on inclusivity and diversity, no matter their age or social background.

“The reality is that 95% of the players in the NHL or in the QMJHL are white. For them, it’s impossible to understand the reality of being a visible minority”, explains the 23-year-old centerman.

Despite a few unfortunate events, Mongo says he really enjoyed his stint in the Q. He believes that his junior hockey career gave him tools that will benefit him for the rest of his life.

“The QMJHL is a wonderful school of life”, he says. “When I left, I knew I was well equipped to play university hockey. But Junior hockey is where I learned to persevere and to never give up in anything I do.”

Over the next few years, Mongo intends to turn his dream of founding Les amis courageux de Mongo into a reality.

“I want to be able to tell kids that regardless of their ethnicity, they can achieve anything they want in hockey and in life”, mentions the man who intends on turning his project into a full-grown organization dedicated to help visible minorities.

An inspiring story, to be continued!