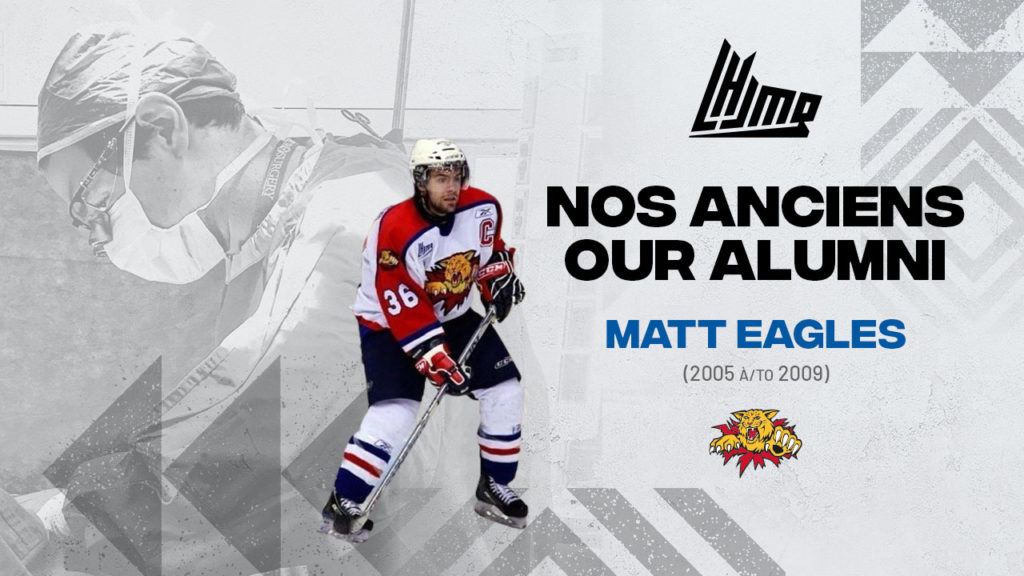 Matt Eagles suffered from many concussions throughout his hockey career. Instead of being sorry for himself, he decided to do something about it.

Today, he’s a neurosurgeon at the Foothills Hospital in Calgary, Alberta.

After his four seasons spent with the Moncton Wildcats, Matt decided to pursue his hockey career and his education at St. Thomas University where his father Mike was coaching the men’s hockey team. But the injuries forced him to reconsider his future.

“I suffered multiple concussions in my third year, so I really played two and a half seasons there. I was forced to stop playing at that stage”, explains the former centerman.

“I was always interested in medicine, so I applied at Memorial University, in Newfoundland, and I was fortunate enough to get in. That’s where I got interested in brain injuries, especially with my personal issues with concussions!”

That’s also mainly why, in his fourth year, the ex-Wildcats captain decided to specialize in neurosurgery. That would take him to the University of Calgary, where he began in July of 2017.

“I’m halfway done with the training of a six-year residency program”, explains the now 33-year-old. “Foothills Hospital has a fabulous neurosurgery program. It’s probably the busiest neurosurgical service in the country.”

“Neurosurgery is an incredible field. I feel very fortunate to do what I do”, he adds. “I deal with very sick patients. Most of my time is spent taking care of people who have problems with their brain or spine.”

“It makes you realize how fortunate you are to do everything you do in your everyday life. I get a lot of motivation from the fact that I get to help people who are at a very low point in their lives.”

The former forward is fully bilingual since he was born and raised in Quebec City, when his dad was playing for the Nordiques. Since the apple doesn’t fall far from the tree, Matt is also very competitive.

Over his final two seasons in the QMJHL, he led the Wildcats by racking up 57 and 65 points, respectively.

“I’m an adrenaline junkie. Some of our patients come in very sick and they need care very fast and it has to be done right. In a way, it’s similar to the high you get from competitive sports, where you must execute and perform at a high level”, he explains.

“The stakes are always quite high when you’re dealing with emergency situations that have to do with someone’s brain or spine. I think there’s many qualities I picked up during my playing days that are useful in those situations.” 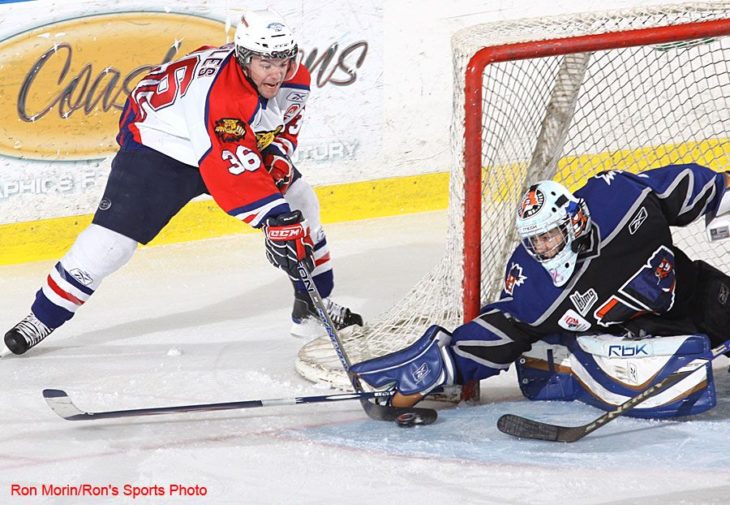 And as his responsibilities increase, Matt says he loves his new career even more.

“When you start your residency, you’re supervised by more senior residents. The more you progress, the more autonomy you get in an emergency setting. It’s kind of like hockey; you don’t get as much ice time when you’re a rookie!”

“If something happens in the middle of the night and you’re the only neurosurgeon in the hospital, the patient can’t wait. Whether it’s an emergency, a procedure to bring down the pressure in their skull or medication that needs to be prescribed, you have to be at your best.”

Over his first three years at the Foothills Hospital, Matt participated in over 600 surgeries.

“As you become more senior, you get more and more time in the operating room. But in my fourth and fifth year, I want to focus more on research.”

While he loves his current job, Eagles admits that he still misses competitive hockey.

“I played in a men’s league for the last three years. I really miss the game, but I have to be careful because it doesn’t look good if you show up at the hospital with stitches!”, he laughs.

He’s also very thankful towards the QMJHL for his journey during and after hockey.

“I had fantastic role models in Moncton, guys like Christian Gaudet, Keith Yandle, Brad Marchand, Philippe Dupuis, Adam Pineault and Josh Hepditch. They helped me grow up and go from being a teen to becoming a young man.”

“I learned to work at a high level and how to prepare your body and your mind to be at your best. Those skills are all transferable to other fields, not just hockey.”

“As a captain, I learned how to manage a group of people. Everyone had their own individual goals, but you had to bring the group together to form a team. I learned a lot of invaluable life skills in junior, most of which I still use every day when I’m working.”

From the rink in Moncton to the operation room in Calgary, it’s safe to say that Matt Eagles has found the best way make good use of his head! 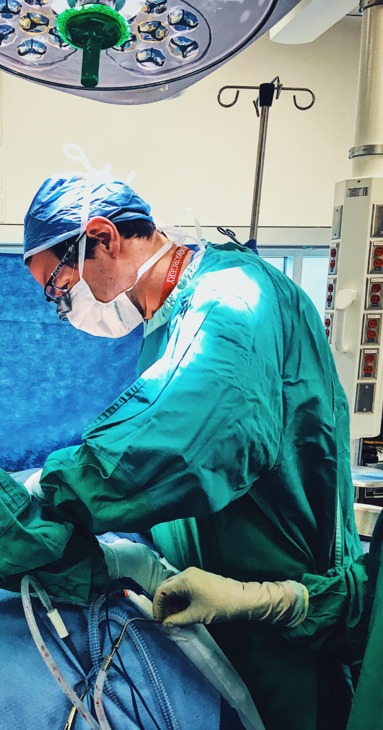