Our Alumni | Louis-Philippe Sévigny adapts to every situation 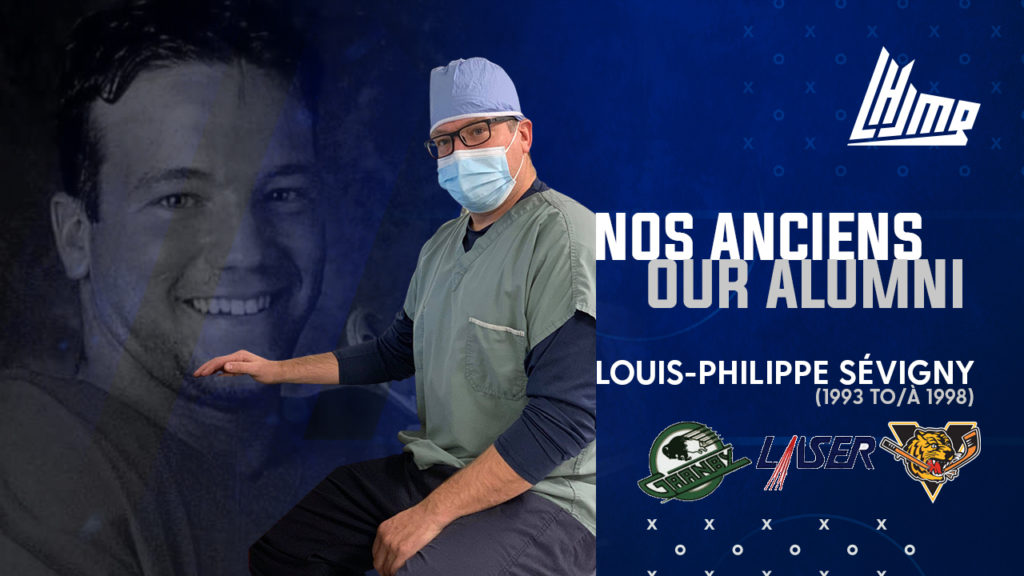 The COVID-19 pandemic made us realize how important medical personnel really is. All these people on the front line are protecting us against this terrible disease.

Louis-Philippe Sevigny, an alumnus of the Saint-Hyacinthe Laser, Granby Bisons and Victoriaville Tigres, is one of those everyday heroes. Oddly enough, the tall defenseman never seemed destined to become a health care system worker since hockey is king in the Sevigny family.

His brother Pierre made it to the NHL with the Montreal Canadiens. His nephew Mathieu played five seasons in the QMJHL with the Drummondville Voltigeurs and the Victoriaville Tigres. His other nephew, Vincent, is still a member of the Tigres as a 19-year-old. His oldest son Arthur is currently playing Midget AAA, while his youngest, Victor, is playing with at the Atom AA level.

After his five seasons in the QMJHL, Louis-Philippe Sévigny suited up with the Université du Québec à Trois-Rivières Patriotes, but a serious knee injury made him rethink his future as a hockey player.

“I had a great season with them before the injury, but I was forced to change my plans”, recalls the now 43-year-old.

He left university and found a job in a pulp and paper plant in Trois-Rivières. He also made his way back on the ice at the senior level.

“I still had a real passion for hockey. I tried pretty much all Senior AA leagues in the area. My brother Pierre even joined me for one season in Pont Rouge.”

When he lost his job at the plant, that’s when he decided to change his career path once more. He enrolled in an intensive two-year program at Trois-Rivières Cégep and began working at the Trois-Rivières Hospital’s emergency room.

“I completed my training with two young children at home. I’m very proud of that”, says Sevigny. “My wife is a teacher, so it got complicated at times. But we made it work, and I’m very proud to have become a male nurse at age 34!”

The Sevigny family has since moved to Blainville and Louis-Philippe found work at the Saint-Eustache Hospital.

“I’ve always loved people. I loved getting involved in the community when I was playing junior hockey. I’m someone who adapts quickly to changes.”

Sevigny admits that his time in the QMJHL has really helped him over his career.

“The leadership qualities we develop playing junior hockey are pretty much the same ones we need in my line of work today. The QMJHL put the emphasis on school and that’s something that was really important”, says Sevigny.

“Because of that, I now have an interesting and steady job. Every hockey player dreams about a career in the NHL. While it’s reachable for some, many others will never make it. It’s really important to have a good backup plan.”

Like every medical worker, Louis-Philippe Sevigny is having to live alongside COVID-19 on a daily basis.

“We take all the necessary precautions”, he states. “We are tested every day. Everyone is really careful and protects themselves. COVID-19 is a reality we now have to live with. Hopefully, we will have a vaccine for everyone soon enough!” 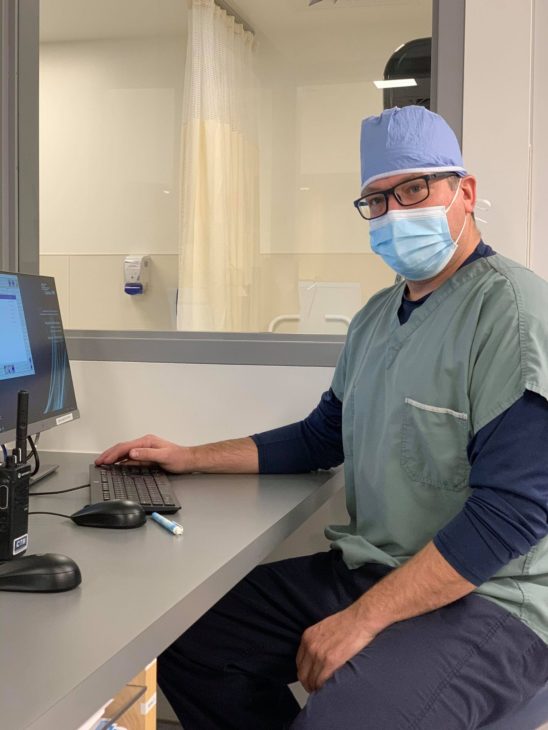