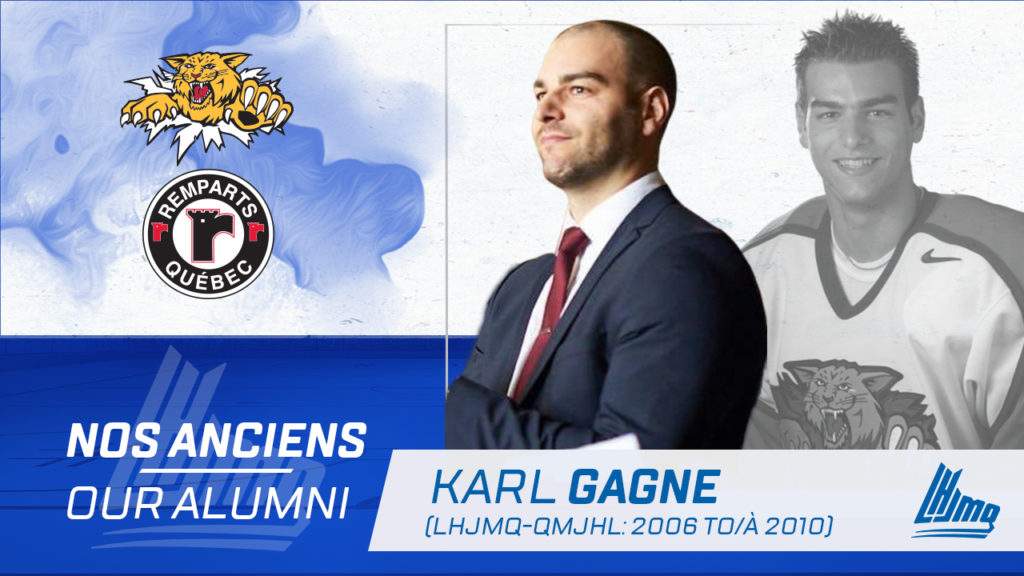 Whether it was with the Moncton Wildcats, the Quebec Remparts, in France or Italy, Karl Gagné was always a leader on the ice for every team he suited up for.

Today, the 35-year-old uses those leadership skills on a daily basis thanks to his job. He’s now the General Manager of Lévis, Quebec’s Sheraton Hotel, as well as the city’s convention and exposition centers.

But before going back to in the old capital region, Gagné followed his passion for hockey all across the globe.

“After my last year of junior hockey (in 2005), I went on to study at Concordia University in Montreal”, explains the St. Nerce native. “I had a great season with the Stingers (32 points in 23 games), but I ended up realizing that I truly missed the game of hockey.

“I went from a 70-game calendar in junior to just 20 games a year and a lot of practices. It wasn’t what I really wanted to do.”

The next year, he earned himself a tryout in the East Coast Hockey League.

“It did not go as expected so I ended up in the North American Hockey League with Quebec City’s Radio X team. Since we were playing our home games at the Colisée Pepsi, I found myself in a very familiar place”, explained the forward who had landed in Quebec City following a trade between the Wildcats and Remparts during the 2004 offseason.

“The next summer, I was approached by an agent to play in Europe. I spent my first season over there in Italy (in the second division) with the Neumarkt Wild Goose (in 2007-2008). It was an awesome experience on all levels”, remembers Gagné. “The season after that, I was hoping to keep climbing through the ranks to end up in a better league. So, I signed a one year contract with the Briançon Diables Rouges, in France.” 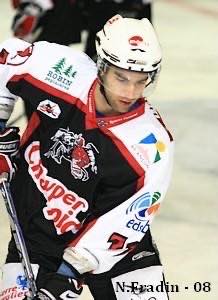 In the Alps, Gagné was joined by ex-Montréal Canadiens François Groleau, as well as Edo Terglav, who had been his opponent with the Baie-Comeau Drakkar during their time in the QMJHL.

“There were a few familiar faces there. Everything was going well, but midway through the year, I hurt my knee during a practice. And just like that, my season was over”, he says. “The next year, I went back to Italy to play with my old team, before coming home to play in Thetford Mines for three years.”

In 2015, with his first child on the way (he has three now) and dealing with concussion-like symptoms, Gagné decided to hang up his skates for good at the age of 30.

“I would have loved to play until I was 100 years old, but I had too much to lose to keep playing”, he humbly says. “I felt like I had a good run in hockey. It was a very difficult decision to take, but it was the right one.”

While he’s traveled across the hockey world, Gagné is the first to admit that he will never forget his time in the QMJHL and the friendships he built during his junior days.

“I’m still in contact with many of my old teammates like Steve Bernier, Kevin Glode, Maxime Desruisseaux and Kevin Hamel”, he admits. “We try to see eachother on a regular basis and we organize a little boys trip every summer. We always have a great time remembering stories from our past!” 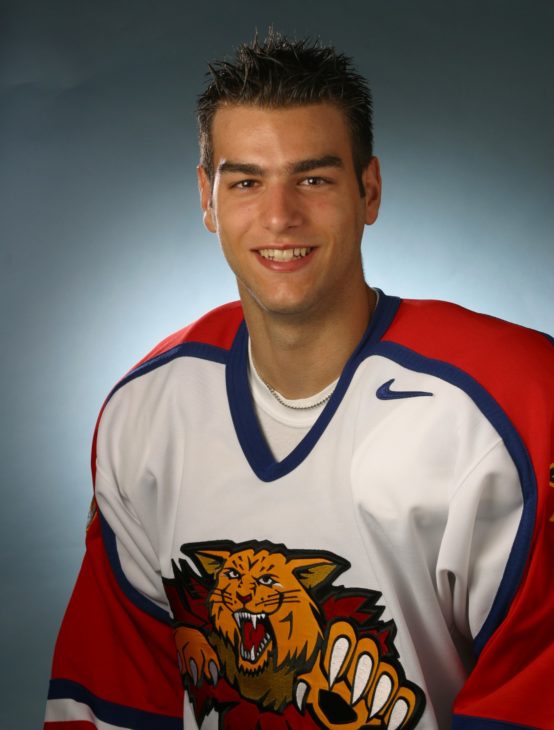