Our Alumni | Jules Melanson, from D-man to Doctor 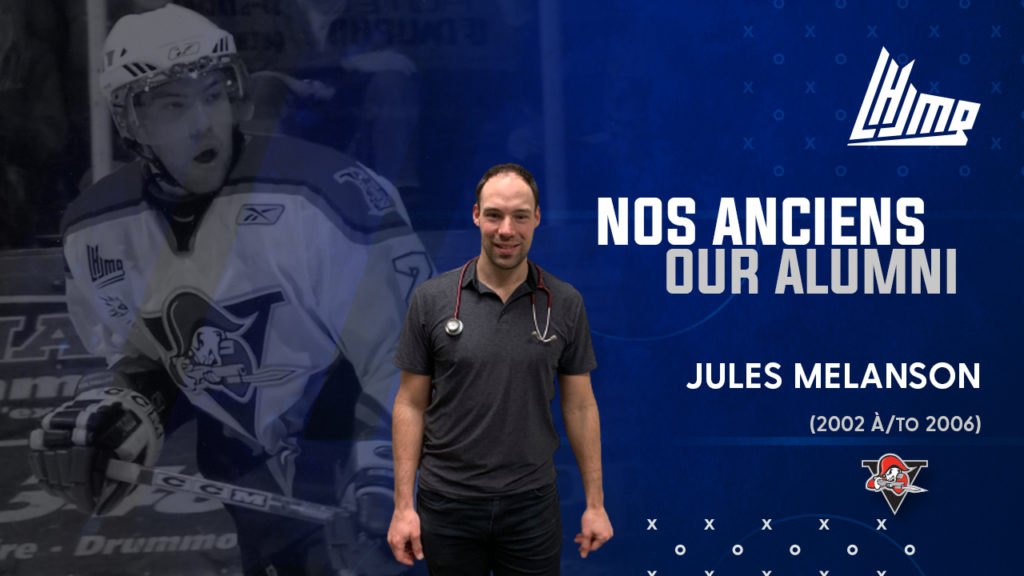 Jules Melanson was a great player in the QMJHL, but he always knew he wouldn’t make a living playing hockey.

That’s why he opted for medical studies at the Université de Moncton as soon as his junior days were over.

“I was able to play for the [Aigles Bleus] hockey team for four and a half years. But I was not able to finish my last season because of my internships”, remembers the former defenseman from Memramcook, New Brunswick. 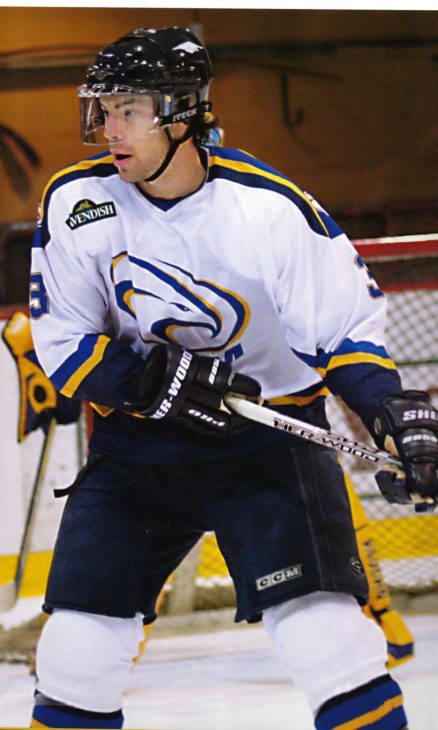 Melanson then studied biochemistry for two years, before spending the next four years in medicine through the Université de Sherbrooke’s Moncton campus. He then completed his two years as an intern in a medical clinic in Dieppe, just a few minutes away from his hometown.

“I didn’t really know where I wanted to go, but I knew it would be something that had to do with science. It’s a field of study that has always interested me”, he explains.

“I had many options to choose from, like ophthalmology, pharmacology or physiotherapy. In the end, I thought it would be nice to choose something that would allow me to help people, with the right diagnostics. I love science and how the human body works”, admits the man who’s passionate about his job.

The fact that he could study in Moncton was also a deciding factor in his final decision. For over six years now, patients can visit him at his office in Shediac, N.B. or at different clinics in the Moncton area.

“As a family doctor, we always see the same people and the same families. We can really develop a bond with them. It’s nice to try and solve their health issues at the same time.”

Following his time with the Aigles Bleus, Jules Melanson played only one more season of competitive hockey, when he suited up for his hometown Memramcook Acadiens of the North East Senior Hockey League, back in 2011-2012.

While he still plays for fun and for the love of the game nowadays, Melanson admits that it is his stint in the QMJHL that helped him prepare for his career in medicine. 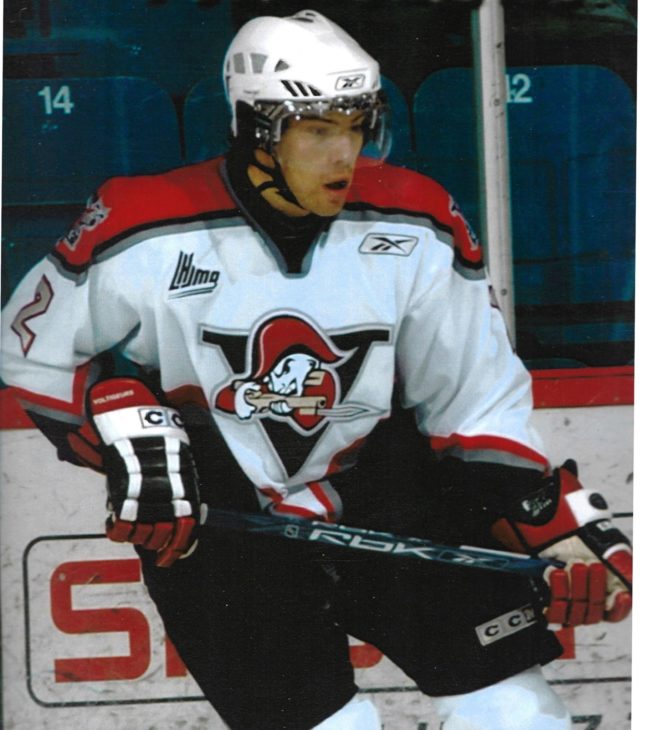 “It helped me a lot to socialize with all kinds of people since we were meeting new people every day. It was also a big help on the organizational side of life”, he explains. “Managing daily practices and school was not easy, but I learned a lot from it. It takes a lot of discipline to manage everything the right way.”

The now 36-year-old says he has a lot of great memories from his four seasons spent with the Drummondville Voltigeurs, between 2002 and 2006.

“I will always remember the friendships I’ve made with many players on the team, people in the community and the members of my billet family. I had the chance to meet a lot of people with whom I’ve stayed in touch with to this day”, mentions the former defenseman.

Back in those days, he played alongside guys like Guillaume Latendresse and Derrick Brassard.

“We never went too deep in the playoffs, but it was a real pleasure to play for that organisation and in front of the people from Drummondville”, he says with a smile.

“I don’t have any regrets. I love what I do today. I think I went as far as I possibly could in hockey and I loved every minute of my journey!” 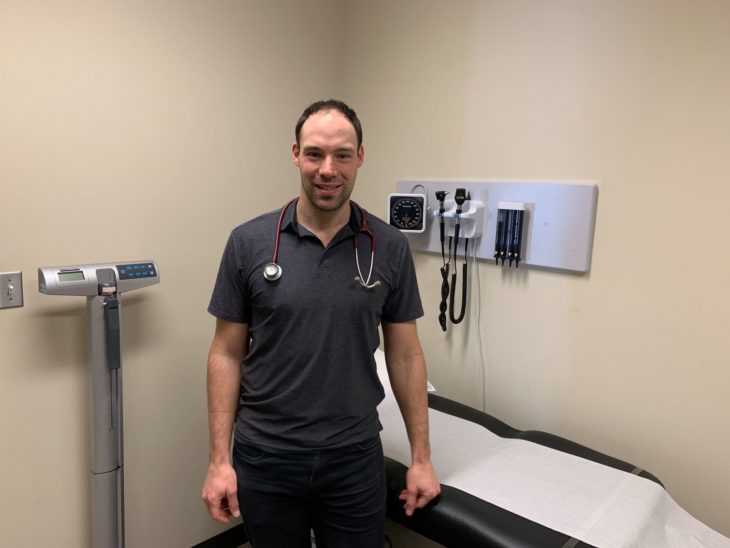