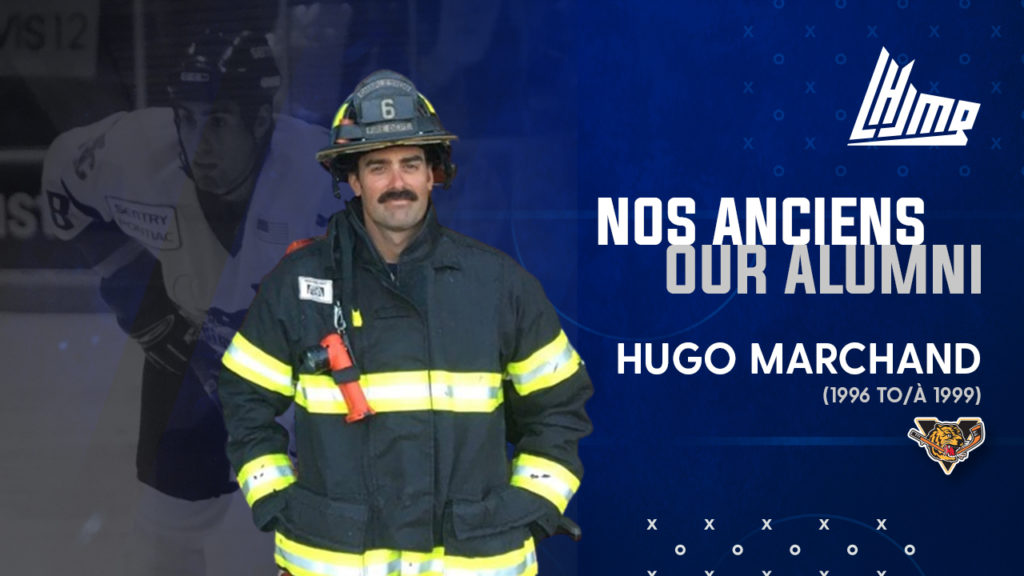 Hugo Marchand has been to hell and back.

On June 17th of 2015, an armed man by the name of Dylann Roof entered a Black Methodist Church in Charleston, South Carolina. He then opened fire, killing nine people, including Clementa Pinkney, a state senator.

Marchand, a former Victoriaville Tigres player now turned firefighter in Charleston, was the first one to arrive on the scene. He remembers that precise moment like it was yesterday.

“It happened on a Wednesday, around 7pm. I had just finished supper at the station with the guys when we got the call”, he states. “We were eight firefighters when we got there and we all immediately started to take the pulse of every victim.”

Luckily for Marchand and his colleagues, the shooter was already gone by the time that they got to the scene. He would be caught two days later.

“Scenes like those make you think about the worst possible outcomes, of what could happen to us”, he says. “We are human beings, but we were there to do our job. We wanted to save as many lives as possible. I went to see each victim, but it was clear that many were already deceased.”

Even with what appeared to be a horror scene straight out of a movie, Hugo Marchand would not trade his job for anything in the world.

“Calls like those ones can haunt you. But the team spirit we have at the station really helps to put all that behind you for a while”, says the former hockey player.

Flashback a few years and all signs seemed to indicate that the Montreal native was destined for a career in pro hockey. After his junior hockey stint in Victoriaville, Marchand signed a two-year deal with the Toronto Maple Leafs organization, the same franchise that had selected him in the seventh round (165th) of the 1997 NHL Entry Draft.

Despite the defenseman playing a few games in the AHL with the St. John’s Maple Leafs, he spent most of his time in the ECHL with the Louisiana Ice Gators and the South Carolina Stingrays between 1999-2002.

In 2003, he decided to come back to his home province in order to play for the Saint-Hyacinthe Cousin squad, in the Quebec Semi-Pro League. Quickly, he comes to realize that hockey is no longer a part of his career plans. 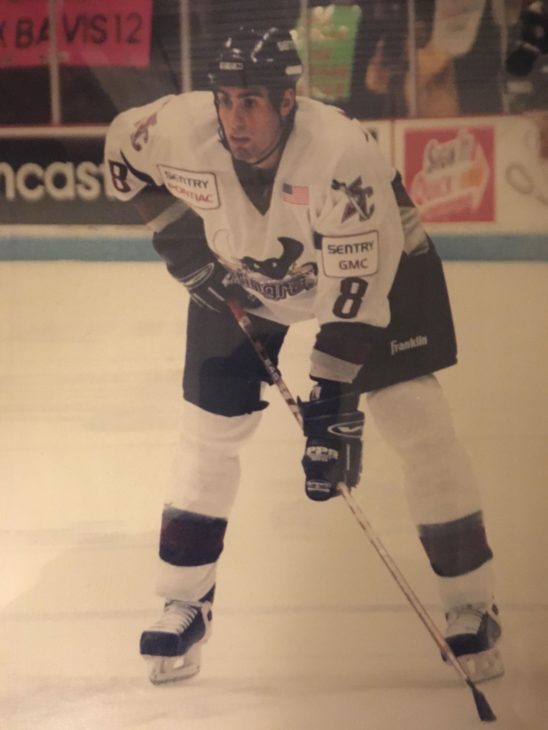 “I didn’t want to be 40-years-old, with no job and full of regrets. I packed up my bags and told my parents I was moving down south”, recalls the now 41-year-old.

He rejoined his girlfriend in Charleston and worked, for four years, as a bartender. But in 2007, destiny came calling.

A huge fire in a furniture store took the lives of nine Charleston firemen, including one of Marchand’s close friends. In his honor, Marchand decided to give his name to become a volunteer firefighter.

Two months later, he was offered a full-time job. Even with two young children at home, including a newborn, he got his training as a first responder and completed his first aid courses over the next five months.

Once all training was complete, Marchand was assigned to Station 6, the busiest in downtown Charleston. Ten years later, he could not be more pleased with his job as an engineer and firetruck driver.

“What I missed the most after retiring from hockey were the friendships in the room and the teamwork involved. Those are two elements that I don’t think I would have found working a typical 9 to 5 job”, he says.

“It’s a very tough job, but the adrenaline you get from it is incredible. We take a lot of pride when we extinguish a fire.”

Marchand, who was known as someone who never shied away from the rough stuff on the ice, compares that adrenaline rush to being in a hockey fight.

The former Tigres defenseman has officially been an American citizen since 2016. 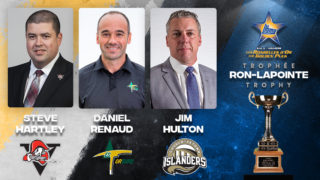 0:55
Ron-Lapointe Trophy Golden Puck
Finalists unveiled for the Coach of the Year Award
3 hours ago 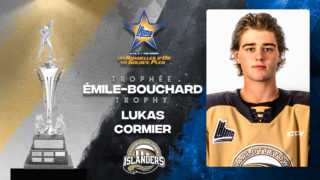