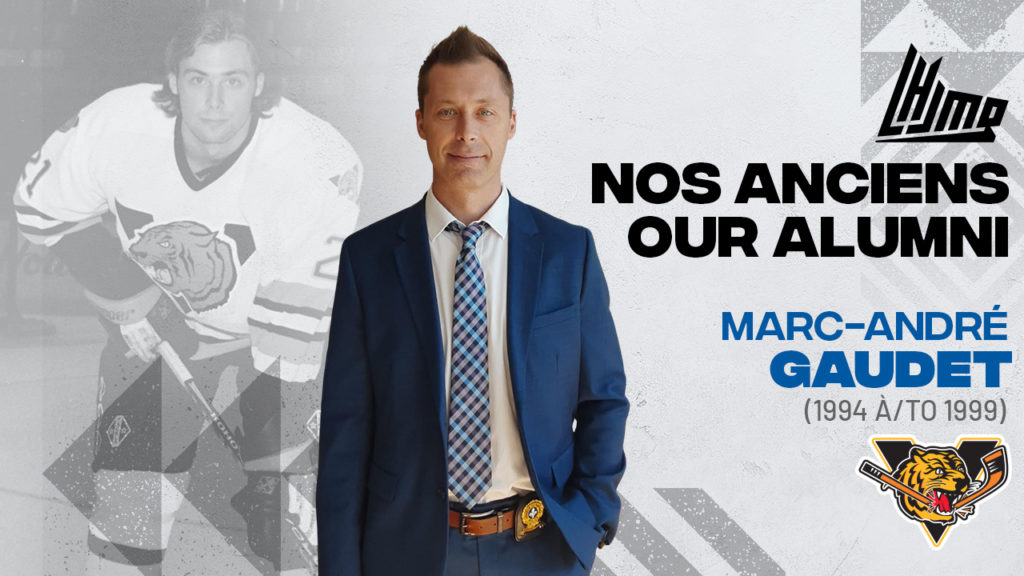 Marc-André Gaudet has always been a team player during his hockey career. As the point person for the investigation unit of the Sûreté du Québec in Plessisville, he still shares those same values.

The ex-Victoriaville Tigres didn’t pursue a career in professional hockey for long after his stint in the QMJHL. After two seasons with the Tallahassee Sharks in the East Coast Hockey League, the Trois-Rivières native decided it was time to pack his bags and go home. He would play four more seasons with the Thetford Mines Prolab in the North American Hockey League while attending the Police Academy in Quebec City.

He then joined his new Sûreté du Québec team in 2005 as a patroller in Drummondville. The ex-defenseman came back to Victoriaville three years later. He would stay there until 2019 when he took a job as investigations chief in Plessisville.

“During my second year in Florida, I realized that hockey is a business, and it’s quite often a matter of timing. It’s not that I had lost any hope of making it in the pros, but I knew that the more I waited to return to school, the more difficult it would become”, explains the now 44-year-old. “I loved my experience in Florida. We would practice in the morning, and in the afternoon, we had the chance to play golf or go to the beach. You can’t ask for anything more. But after two years of this, I decided to return to school.”

His goal was to become a member of the Sûreté du Québec. “The prospect of becoming a police officer always appealed to me. It’s a lot like being on a hockey team. You work as a group, and you make the interventions as a group. It’s exactly the same dynamic as a hockey team”, explains Marc-André Gaudet.

“We work together on all the cases. Just like in hockey, you need the input of all kinds of people to succeed in the end. Every person brings something to the table to complete an investigation and bring the suspects to justice”, explains Gaudet. “If you have 20 grinders on a team, chances are something will be missing to win the Stanley Cup. It’s kind of the same thing in an investigation.”

He says that his career in the QMJHL prepared him really well for what was coming. “I was only 16 when I started my junior career. You learn to become independent and resourceful quickly. You acquire a lot of maturity very fast. When you play junior, you want to accomplish great things in hockey, of course, but it’s also a wonderful school of life”, mentions the policeman. “My four years in the Q allowed me to live the best hockey experiences of my life. I still stay in contact with many of my former teammates.”

He added that he has fond memories of his academic advisor with the team, Line Morin. “She’s done a remarkable job with the young players in the organization. It was true in my days, and I’m sure it’s still true today.”

The ex-player still laces up the skates at least once a week. “Hockey has always been huge in my life and will continue to be. It’s a passion that’s running in my blood.”

His three children play competitive sports, including his son Kassim, who’s playing for the Quebec Remparts. “I tell him to enjoy every minute of it. Very few people get the chance to experience that, especially in such a great organization.” 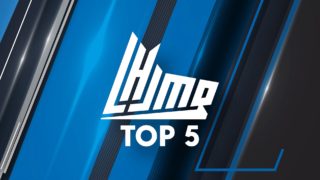 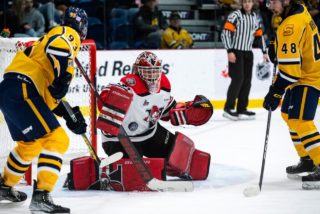 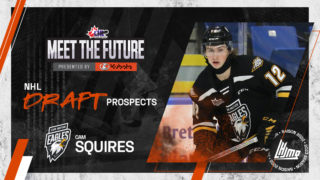 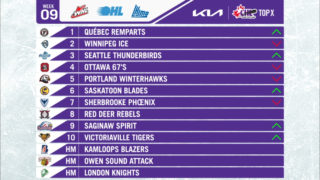 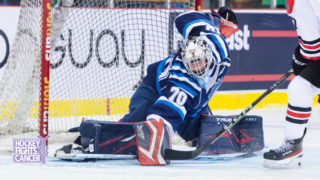