Our Alumni | Alex Dubeau living his dream in Europe

After a successful career in the QMJHL with the Shawinigan Cataractes and Moncton Wildcats, as well as at the university level with the UNB Reds, goaltender Alex Dubeau is finally living out his dream of making a living by playing hockey.

The 28-year-old goaltender first tried his luck in America, but very quickly realized that his future was on the Old Continent.

“Of my three seasons in the ECHL, my first season as a rookie in the Ottawa Senators organization was the most memorable one. I played for the Brampton Beast, who actually folded at the end of the 2019-2020 season due to a lack of budget,” he remembers. 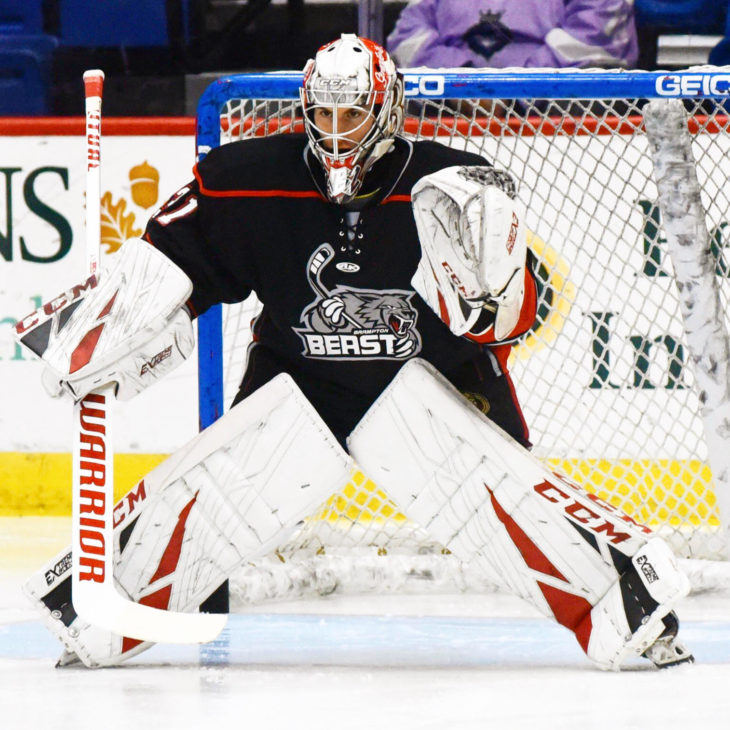 “I loved that season because I played in a lot of games and the coach had a lot of confidence in me. It was also the season in which I got my first call-up to the American Hockey League with the [Belleville] Senators.”

But as it was the case for so many other players, the pandemic completely disrupted Dubeau’s plans to play in the AHL in 2020. Following another season in the ECHL with the South Carolina Stingrays, he felt it was time for a change of scenery.

“I thought, for the first time, that I was getting a little tired of the way things were going for me in the ECHL,” explained the Mascouche native. “I firmly believed that I had what it took to play in the AHL. Plus, I wasn’t really interested in the ECHL salaries anymore.” 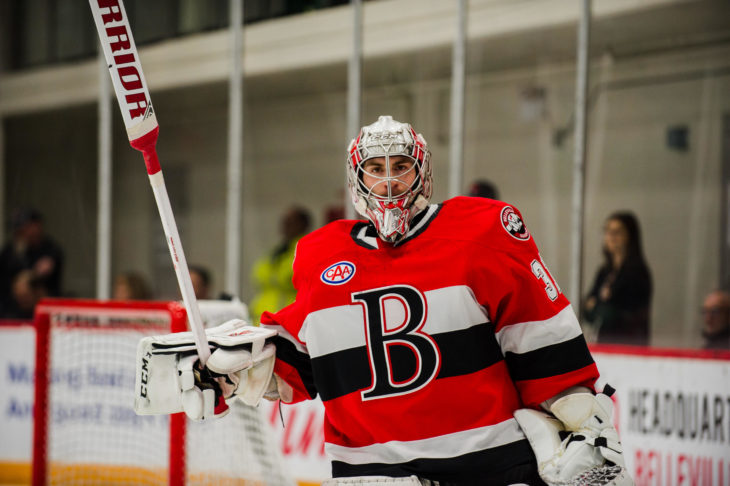 In 2022, Dubeau received a call from Germany. More specifically, from the Nuremberg Ice Tigers, in the DEL. The team had just lost one of their goalies to a knee injury.

“Just like that, with my family and my agent Nic Riopel, we made the decision to accept the contract offer and that I was going to try European hockey.”

While he was excited about the new challenge, the big move wasn’t an easy one.

“It’s always really hard for us at home with airport departures. Since my trade to Moncton in 2012, saying goodbye to my loved ones has always been very emotional for us. It was again very difficult, despite the fact that I was entering my fourth professional season and my tenth season outside of Quebec.”

However, the goalie adapted very quickly to his new life. 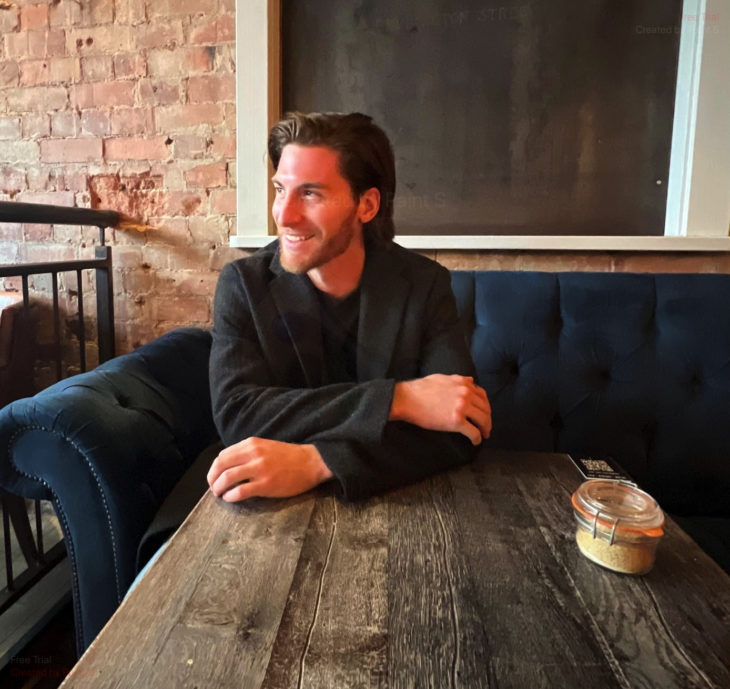 “It was the first time I set foot in a European city. Everything was different: the cars, the stores and especially the language! But from the first day I arrived in Nuremberg, I immediately saw the professionalism of the Ice Tigers organization,” he admits.

The team’s general manager, Stefan Ustorf (a Washington Capitals alumnus), picked him up at the airport himself. Dubeau was then provided with a vehicle and an apartment.

“This is by far the best team experience I’ve had in professional hockey so far. Hockey-wise, I got eight starts and posted good stats.”

He would have liked to stay in the German league the following season, but his lack of experience in Europe worked against him. Alex Dubeau then opted for a starting position with the Nottingham Panthers, in England, after a call from coach Gary Graham, whom he had met while he was working for the Fort Wayne Komets. 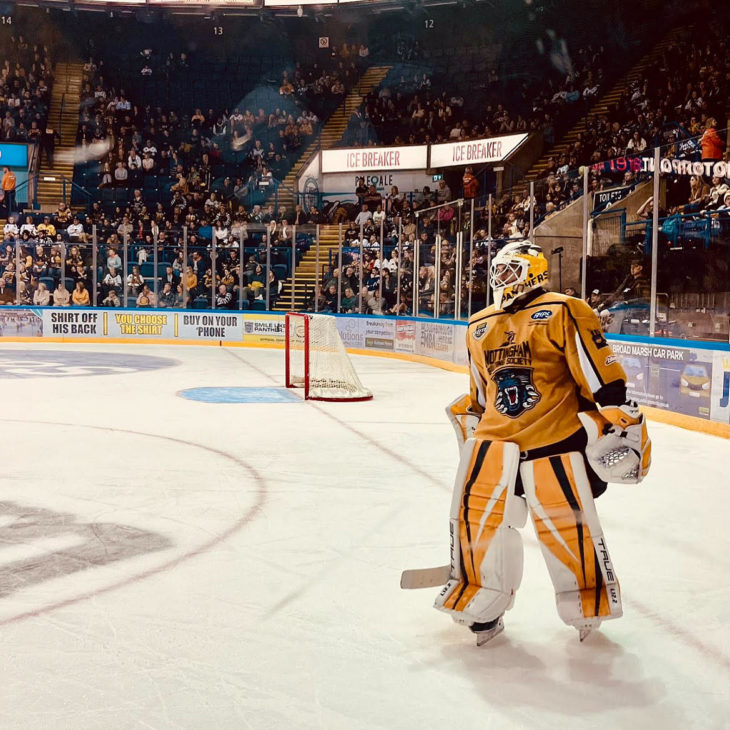 Other than the overall gloomy English weather and driving on the left side, the adjustment was smooth for the Quebecer.

“British English can sometimes be hard to understand but for me it’s going pretty well. Nottingham is about three hours from London, where I’ve made the occasional trip,” he says.

Even if he does not rule out a possible return to America, Alex Dubeau says he is perfectly happy in Europe.

“For now, I want to play in and win as many games as possible for Nottingham, to give myself as many chances as possible to potentially move up to the top leagues.”