Our 18 | Young Titan players aim to learn on the job

Our 18 Acadie-Bathurst Titan
by
Will MacLaren 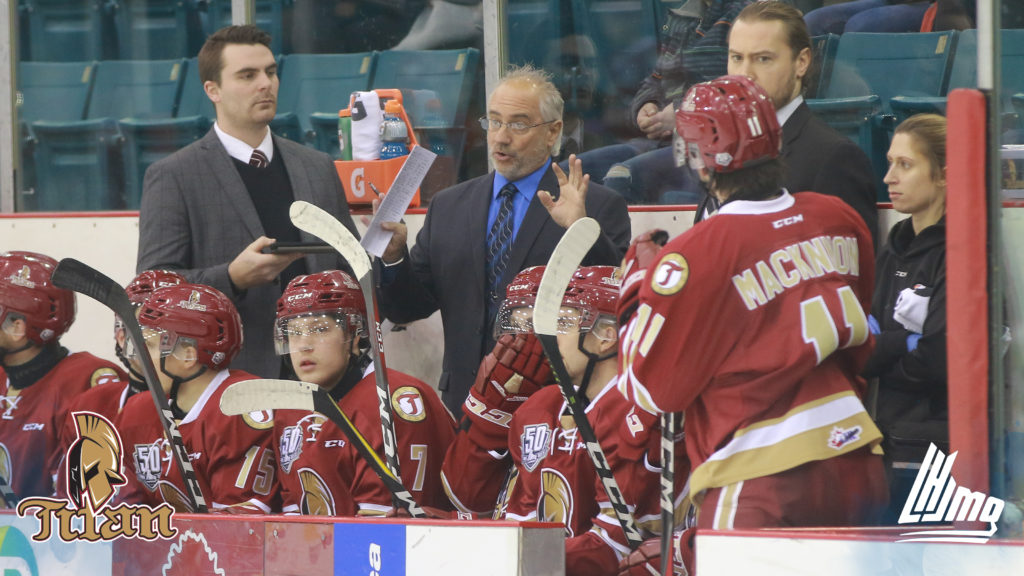 To win at the cyclical level of junior hockey, teams typically need to pay a price. For the Acadie-Bathurst Titan, that bill came due with a vengeance last season.

After earning a Memorial Cup title in 2018, the Titan squad found itself bereft of much of the veteran talent that led it to junior hockey’s top prize. Those that remained to start last season would find themselves plying their trade elsewhere by the end of the holiday trade period. The end result was a squad that finished with the second lowest number of wins (eight) and tied for the fourth lowest point total (22) in QMJHL history.

The Titan, quite literally, has nowhere to go but up. However, a mix of promising youngsters and newly acquired veterans will do their best to not only improve upon their 2018-19 campaign, but ensure a brighter future as well.

With 16 players aged 18 and under, the squad features three forwards selected in the first 19 spots during the 2019 QMJHL Draft in Riley Kidney (11th), Cole Huckins (16th) and Tristan Roy (19th). Also joining the fray is 17-year-old winger Yannick Bastarache, fresh off back-to-back Midget titles with the Moncton Flyers.

Evan MacKinnon, Liam Leonard and Mathieu Desgagnes are back after potting a combined 36 goals last year, while the club holds a wildcard in former Sherbrooke Phoenix first rounder Anderson MacDonald. Blueline returnees include 18-year-old Oliver Turan and 17-year-olds Cole Larkin and Benjamin Roode, the later a Titan first rounder in 2018.

GM Sylvain Couturier has augmented this young group with a veteran presence, nabbing center Shawn Element, overage defensemen Jeremy Diotte and Yan Aucoin and 20-year-old goaltender Tristan Berube in a series of trades. Behind the bench, Mario Durocher begins the first full season of his second stint with the Titan.

It will likely be a team on a steep learning curve in Northern New Brunswick this season. However, it is the hope of the Titan and their fans that the lessons learned this year will prove invaluable in the future.

Suicide Prevention talk today
The QMJHL, AQPS and CMHA team up to raise awareness about mental health
16 hours ago