Our 18 | Winning should remain the norm in Charlottetown

Our 18 Charlottetown Islanders
by
Will MacLaren 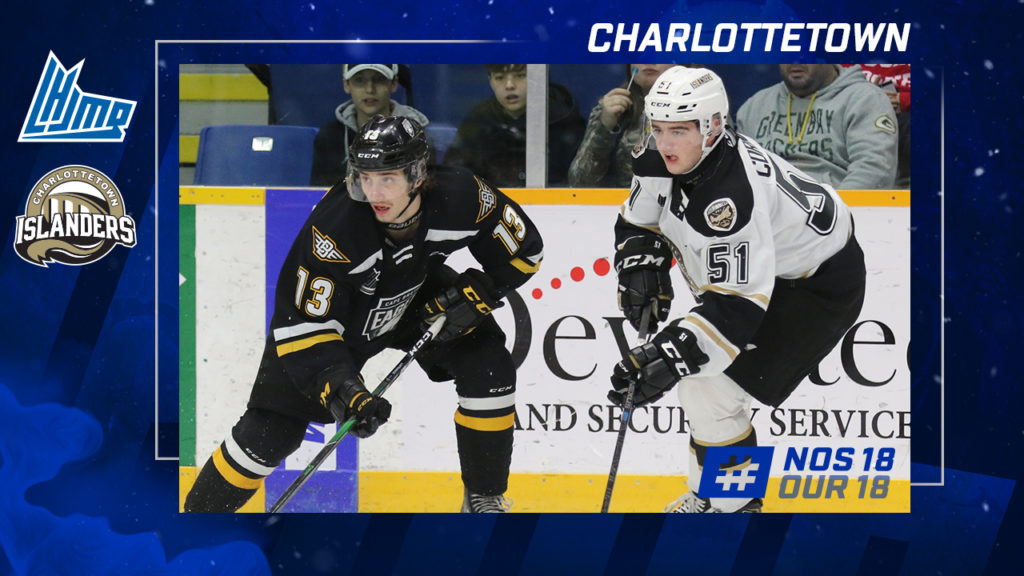 The synopsis of the Charlottetown Islanders season tends not to waver much from year to year; hard working, skill at all positions, tough the compete against, well coached. The only thing that seems to change is the personnel that jumps over the boards each game.

This year, much like in previous campaigns, the offense will be provided by committee. With the departure of last season’s top scorer, Nikita Alexandrov, the torch has been fully passed to a group that includes wingers Brett Budgell, Cedric Desruisseaux and centers Thomas Casey and Zachary Beauregard.

Czechs Jakub Brabenec and Matous Mensik will get their first taste of junior hockey in North America after spending a portion of last year with the Czech national program, with which they captured a bronze medal at the 2019 World Under-17 Hockey Challenge. Also making his league debut in 2020 is second rounder Sam Oliver, who averaged a point per game in 2019-20 playing on the prep school circuit with New Brunswick’s Rothesay Netherwood School.

On the back end, the bulk of the play at all key moments will funnel through noted 2020 NHL Draft prospect Lukas Cormier, who netted 36 points in just 44 contests in 2019-20. Dependable veteran Noah Laaouan steps into his fourth “Q” campaign fresh off setting a new career high for points with 30. Meanwhile, a pair of sophomore blueliners, William Trudeau and Oscar Plandowski, will be groomed to take on an increased workload.

The biggest change by far will be between the pipes. With the departure of five-year player Matthew Welsh to graduation, the crease has been turned over to another veteran, Colten Ellis, a former national midget champion with the Cape Breton West Islanders and blockbuster acquisition from the Rimouski Oceanic during last June’s draft weekend. He’ll be backed up by second-year stopper Jacob Goobie.

Conversely, the biggest mainstay in the organization will return behind the bench for a sixth season. Jim Hulton will look to maintain his reputation of steering the Isles to a winning record in the regular season, a feat he’s accomplished during each year of his stewardship so far.

A winning record has become a way of life for the Isles. And, despite the departure of a couple key pieces, it is suspected that, until proven otherwise, this club will continue to find a way to emerge with a “W” more often that not.