Our 18 | Will new personnel steer Drakkar to victory?

baie-comeau drakkar Our 18
by
Will MacLaren 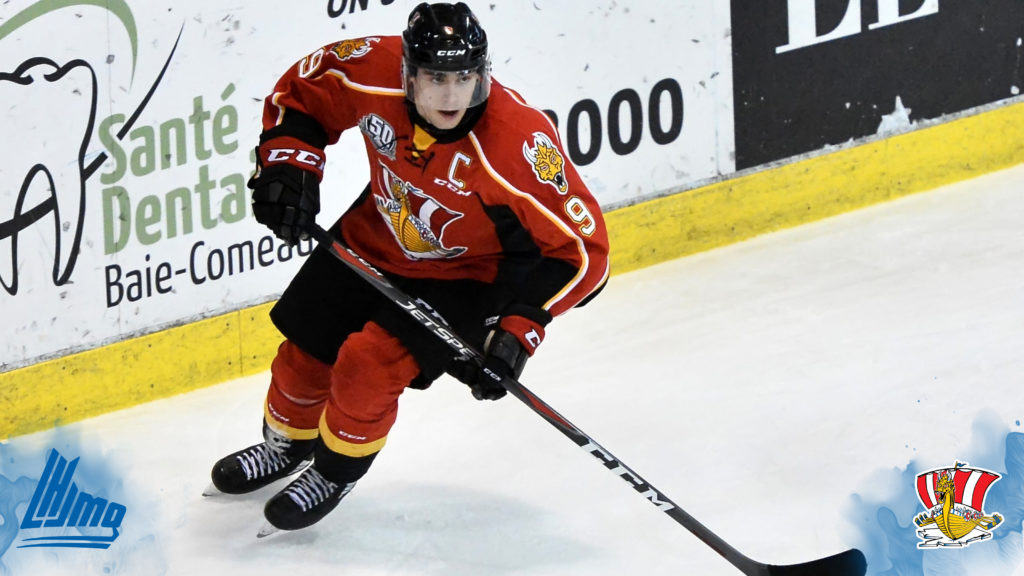 Last season did not end the way the Baie-Comeau Drakkar anticipated. A tough first round loss in the President Cup Playoffs following a 102-point regular season caused sweeping changes throughout the organization, including new Head Coach Jon Goyens and General Manager Pierre Rioux. However, a number of valuable pieces from last year’s lineup remain in place, which should give the club an opportunity to continue stringing together victories.

Up front, 2019 Pittsburgh Penguins draftee Nathan Legare returns to the fold after finishing in a tie for second in QMJHL goal scoring last season with 45 tallies. Captain and first line center Gabriel Fortier, a Tampa Bay Lightning prospect, returns for his fourth season in Baie-Comeau, while a draft day deal with the Cape Breton Eagles secured the services of 20-year-old two-way forward Gabriel Proulx. Ukrainian-born forward Feliks Morozov has been a bright spot so far in training camp, while the club’s top pick in the 2019 QMJHL Draft, second rounder Drew Elliott, has made the club after averaging almost a point per game with the Saint John Vitos in the Midget AAA ranks last campaign.

With the Drakkar losing over 150 goals from its lineup last year thanks to trades and graduating players, it’s a safe bet that sound defense will be the key to victory for the club on most nights. There to assist in that regard are the top three rearguards from last season; Vegas Golden Knights prospect Xavier Bouchard, Christopher Merisier-Ortiz and Keenan MacIssac. Brendan St-Louis could earn additional time on the ice after a solid rookie campaign in 2018-19.

A pair of veterans from Nova Scotia will split the duties between the pipes as Lower Sackville’s Lucas Fitzpatrick begins his first full season with the squad, while Upper Tantallon’s Dakota Lund-Cornish makes his way from Sherbrooke thanks to a transaction during training camp.

With a fine mix of new personnel off the ice and some familiar faces on it, the Drakkar is hoping to move forward with a renewed desire to win.