Our 18 | Will array of changes send Eagles to new heights?

Cape Breton Eagles Our 18
by
Will MacLaren 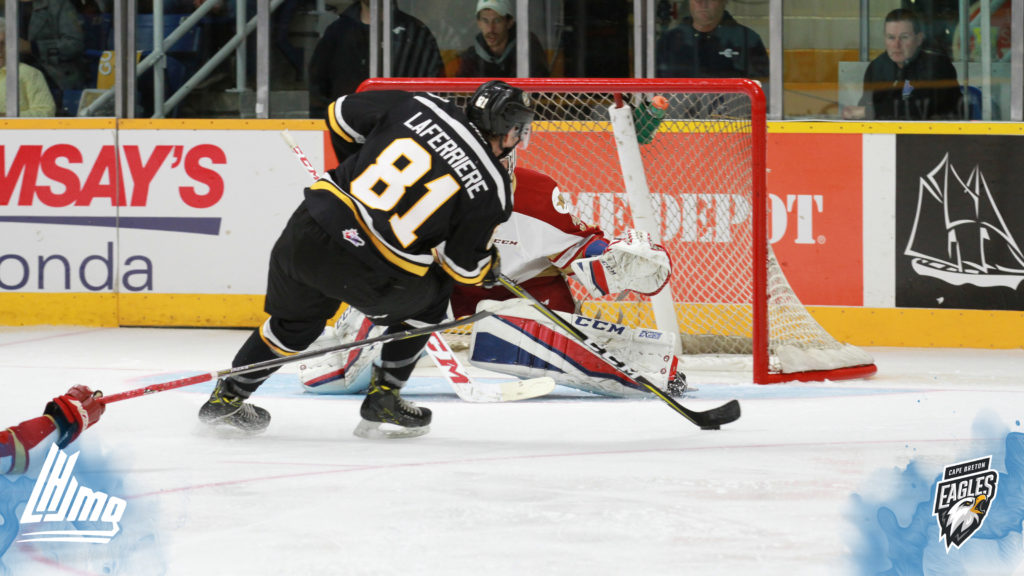 In the Cape Breton Highlands, powerful winds referred to locally as “Les Suetes” pound the area with hurricane force gusts.

A couple of hours to the east, the winds of changes have hit the local QMJHL team with an equally impactful result.

There aren’t many aspects of the Cape Breton Eagles organization that have remained untouched over the past few months. There’s a new General Manager in Jacques Carriere. Head Coach Jake Grimes makes his debut behind the Eagles’ bench after winning an OHL title with the Guelph Storm as an Assistant Coach last season. Irwin Simon is set to embark on his first full season as the clubs’ majority owner. Then there’s the team name. Though they remain Eagles, they are no longer “Screaming”.

If there’s one constant with the organization, it’s the composition of the roster. 14 players return to a club that posted 40 wins and 86 points in 2018-19. Leading the way offensively is St. Louis Blues prospect Mathias Laferriere and 30-goal winger Egor Sokolov. All three overagers to start the season will also play up front in wingers Derek Gentile, Shawn Boudrias and Shaun Miller.

The club will be looking to once again finish in the top half of the league defensively and will lean on a quartet of seasoned veterans to accomplish that goal. Returnees include Nathan Larose, Adam McCormick and Kyle Havlena, while Jarrett Baker was obtained in a draft day trade with the Drummondville Voltigeurs. These tenured players will also be relied upon to bring along a crop of newcomers to the backend that includes 2019 QMJHL first-rounder Jeremy Langois.

For all that has changed in Cape Breton in recent times, one thing remains constant. The Eagles should remain a tough opponent, night in and night out.