Our 18 | Wildcats star power has them ready to roar 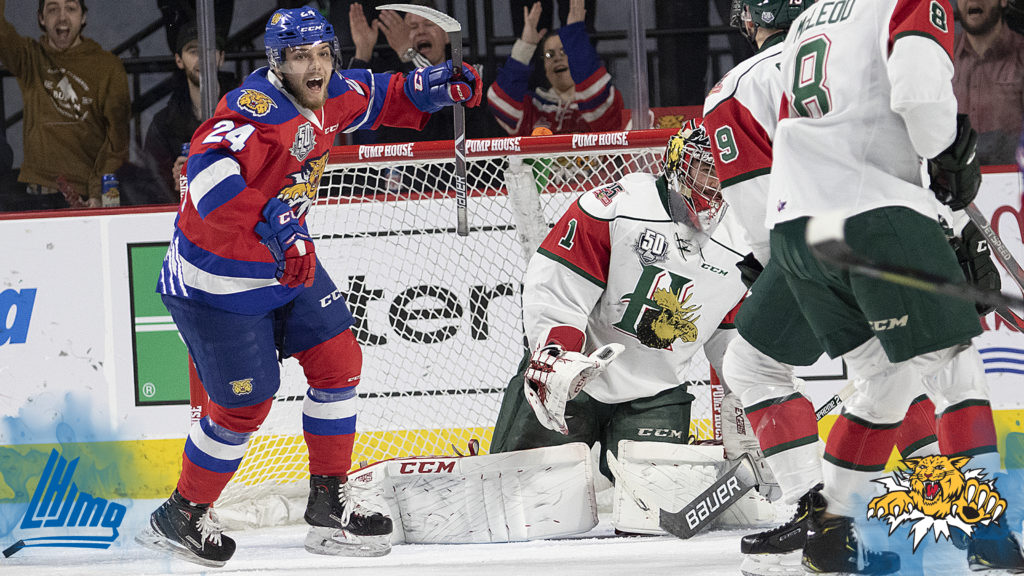 It’s been a slow and steady climb for the Moncton Wildcats since failing to reach the postseason in 2017. Despite some long nights along the way, the club remains vigilant in its quest to ice a team designed to land in the upper echelons of the QMJHL standings.

After an 85-point regular season and a first round upset of the Baie-Comeau Drakkar in 2018-19, the Wildcats were dealt an unexpected plot twist during the off-season when last year’s leading scorer, Jeremy McKenna, earned an AHL deal with the Calgary Flames. Regardless of this news, the club returns a formidable group of forwards that includes another Flames prospect in winger Jakob Pelletier, a first-round selection of the organization at the 2019 NHL Entry Draft. He will be complimented by Minnesota Wild prospect Alexander Khovanov and 2018 QMJHL first-rounder Elliot Desnoyers. Center Mika Cyr will be looking to end his major junior career with a bang after averaging a point per game last year, while the club welcomes another center in Zachary L’Heureux, the third overall selection of the 2019 QMJHL Draft.

On the back end, last year’s QMJHL Rookie of the Year, Jordan Spence, will return to the Hub City after being selected by the Los Angeles Kings in the 2019 NHL Entry Draft. Captain Jonathan Aspirot is slated to return to the Wildcat blueline with his rugged two-way style, while the status of Swedish rearguard Axel Andersson, a Boston Bruins prospect chosen in the 2019 CHL Import Draft, remains unknown as the season draws near.

Between the pipes, the club made a splash on QMJHL draft day by acquiring Edmonton Oilers draftee Olivier Rodrigue from the Drummondville Voltigeurs. Behind the bench, John Torchetti begins the first full season of his second stint as the Wildcats Head Coach.

With star power at every turn, the Wildcats are poised to make an honest run to the top of the food chain in the Maritimes Division this year.