Our 18 | Tigres Aim to Take Bite out of Opposition 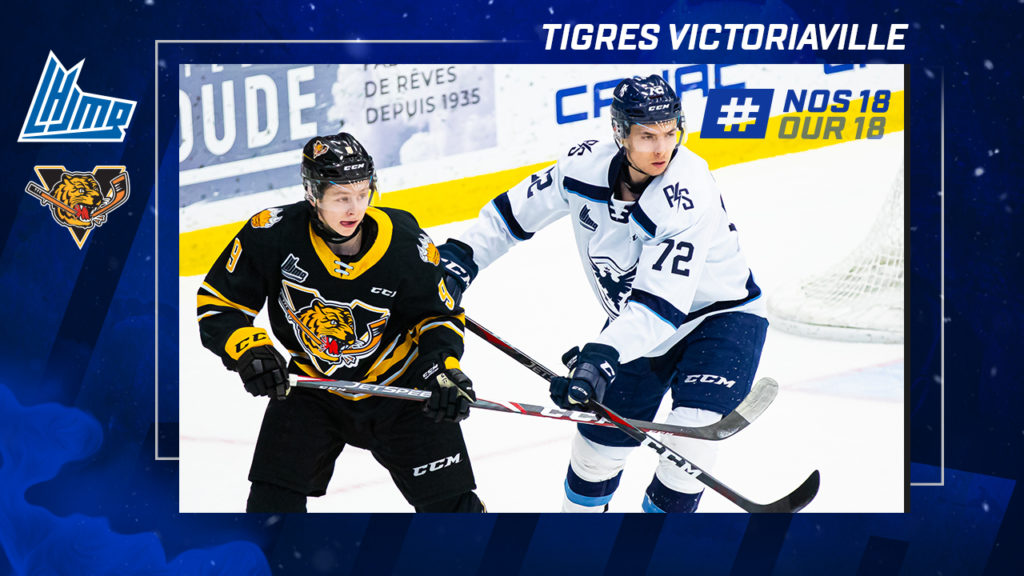 Though they didn’t grab the same quantity of headlines as other teams during the shortened 2019-20 QMJHL campaign, the Victoriaville Tigres quietly put together a competitive lineup that made opponents work for every goal and win. This year, with numerous key pieces of the puzzle returning, the Tigres stand to be a formidable test to the rest of the East Division.

Though offensive production was sporadic last year, it is expected that Toronto Maple Leafs prospect Mikhail Abramov and Philadelphia Flyers draftee Egor Serdyuk will help lead the charge for the third season in a row. Winger and 25-goal scorer Brooklyn Kalmikov prepares for his first full campaign in the yellow and black following a mid-season trade from the Cape Breton Eagles last year. Overage winger Felix Pare and Ukrainian Alexander Peresunko should round out a top six that will no doubt have a nose for the net.

Some of that offensive ability will be initiated from the back end and, specifically, courtesy of veterans Sean Larochelle and Vincent Sevigny, who combined for 57 points in 2019-20. Versatile Alex DeGagne returns for his final year of junior while Pier-Olivier Roy, the seventh overall selection at the 2020 QMJHL Draft, vies for a spot on a blueline whose core helped the Tigres finish sixth in fewest goals against last campaign. A pair of key contributors to that figure also make their way back between the pipes in Victoriaville, where Fabio Iacobo and Nikolas Hurtubise should challenge one another for starts.

With Louis Robitaille off to guide the Gatineau Olympiques, the Tigres will also welcome a new bench boss whose name is synonymous with the franchise. After five years as a player, four years as Assistant Coach and with his #97 in the rafters of the rink, Carl Mallette will make his debut as a Head Coach in the QMJHL with his hometown team.

Ironically, the last and only time the Tigres captured a league title was in 2002, with Mallette wearing the captain’s “C”. Drawing from that experience on the ice will no doubt serve his charges well as this group attempts to take a leap up the standings in 2020-21.

QMJHL announces updates to its schedule
7 hours ago