Drummondville Voltigeurs Our 18
by
Will MacLaren 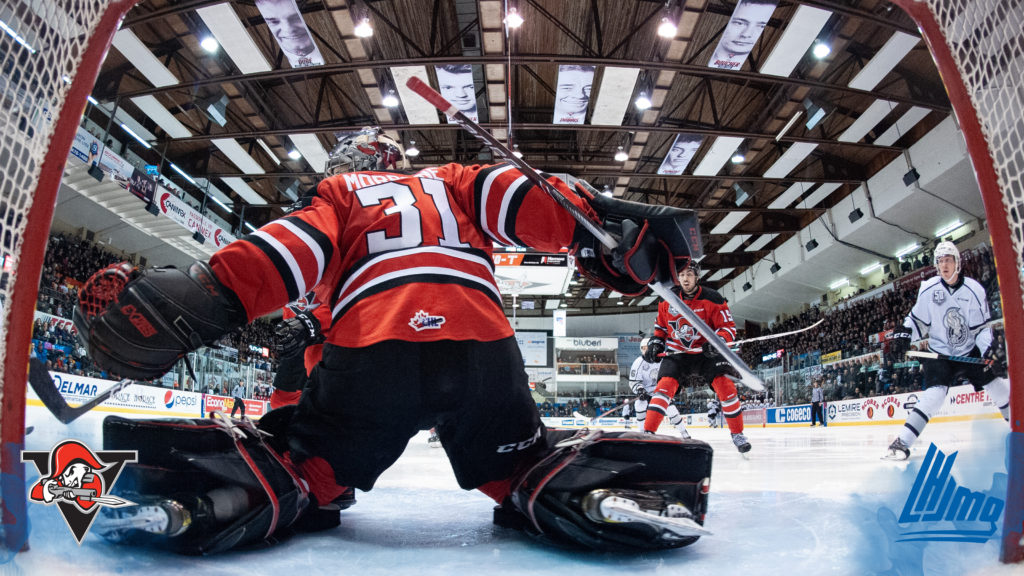 The Drummondville Voltigeurs assembled one of the most powerful squad’s in their franchise’s history last year. After a long playoff run that fell just short, the organization is now starting all over again.

The list of returning players from what was a stellar 52-win squad during the 2018-19 regular season is short. Though the top four scorers have departed, the Voltigeurs still boast 30-goal scorer Dawson Mercer as well as Xavier Simoneau, who averaged a point per game for a Drummondville squad that led the league in offense last regular season. Third-year veteran winger Brandon Skubel will be looking to build on his 54-point campaign of a year ago. Two-way winger Isiah Campbell makes his way to Drummondville after a season and a half with the Cape Breton Eagles.

On defense, as many as six players will be making their QMJHL debuts this fall. 18-year-old Thomas Pelletier represents the lone returning rearguard from the Voltigeurs roster of the previous campaign. 20-year-old Mathieu Charlebois will commence his fourth season in the league while donning the red and white thanks to a pre-season deal with the Baie-Comeau Drakkar. The bulk of the goaltending duties should be shouldered by overager Anthony Morrone following his successful stint during the 2019 postseason where he spelled an injured Olivier Rodrigue.

Additionally, it’s a safe bet that the Voltigeurs will be the only team in the CHL this year to boast two players from the fine city of Klagenfurt, Austria! Defenseman Thimo Nickl and winger Fabian Hochegger were both chosen in the 2019 CHL Import Draft.

Also new on the scene is former Quebec Remparts Head Coach and Executive Philippe Boucher, who takes over General Manager duties with the Volts.

It will likely be a season designed with patience in mind in Drummondville this year. But if last year provided any takeaway, it is that this franchise is never afraid of the hard work required to reach for the top.