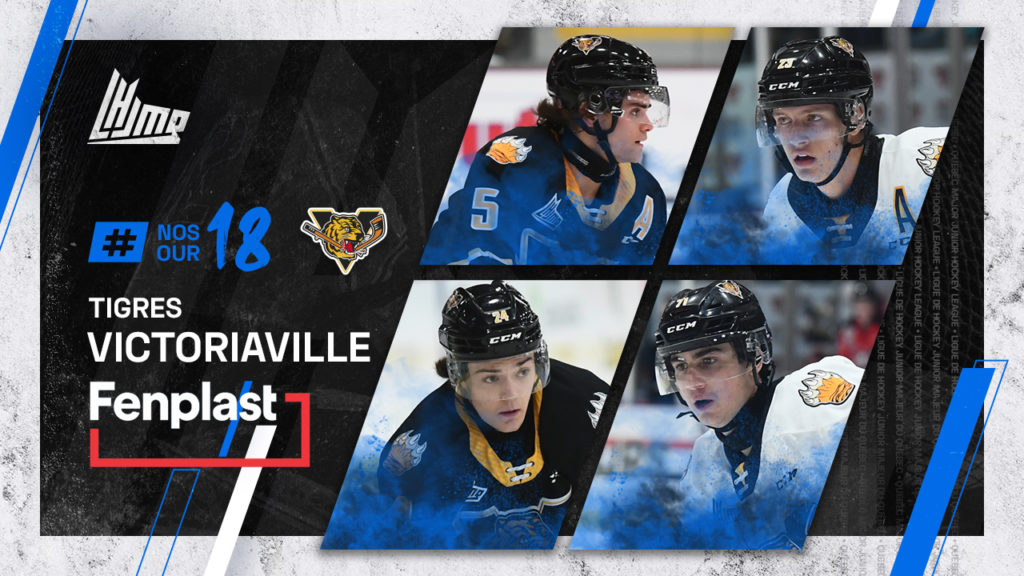 Dealing with the considerable turnover of its 2021 President Cup Championship squad, the Victoriaville Tigres missed the playoffs on the final day of the 2021-22 campaign. It wasn’t for lack of effort, however. And it’s that effort, combined with the development of future stars, that has the Tigres in prime position to be one of the league’s teams of the future.

Up front, last year’s top scorer, winger Maxime Pellerin, returns following a tremendous breakout season. Also making their way back to the Bois-Francs region are centers Loick Daigle and Tommy Cormier. A pair of 2021 CHL Import Draft selections, Nikita Prishchepov and Egor Goriunov are back after putting in solid rookie campaigns. An off-season deal with the Cape Breton Eagles brings in overage winger Thomas Belgarde, who made an impact on the Acadie-Bathurst Titan last year. The progression of this core will be key for a team that struggled to produce offense in 2021-22.

As tough as things were in the offensive zone, the work ethic preached by Head Coach Carl Mallette and his staff led to relatively decent results defensively. The reliable play of Pier-Olivier Roy will be crucial to the club’s success as he enters his third season of action. Supporting him will be veteran blueliner Antoine Desrochers. A deal with the Rouyn-Noranda Huskies brought 20-year-old Thomas Belzile to a corps that is still putting pieces together for future seasons.

In net, Nathan Darveau makes his return to the Tigres’ lineup after an impressive rookie campaign, while Gabriel D’Aigle prepares to make his own Q debut after being chosen second overall in the 2022 QMJHL Entry Draft.

The paths back to championship contender status are numerous. With the group in place this year, it’s the hope of the Tigres that the path they’re clearing is leading in the right direction.