Our 18 Val-d'Or Foreurs
by
Will MacLaren 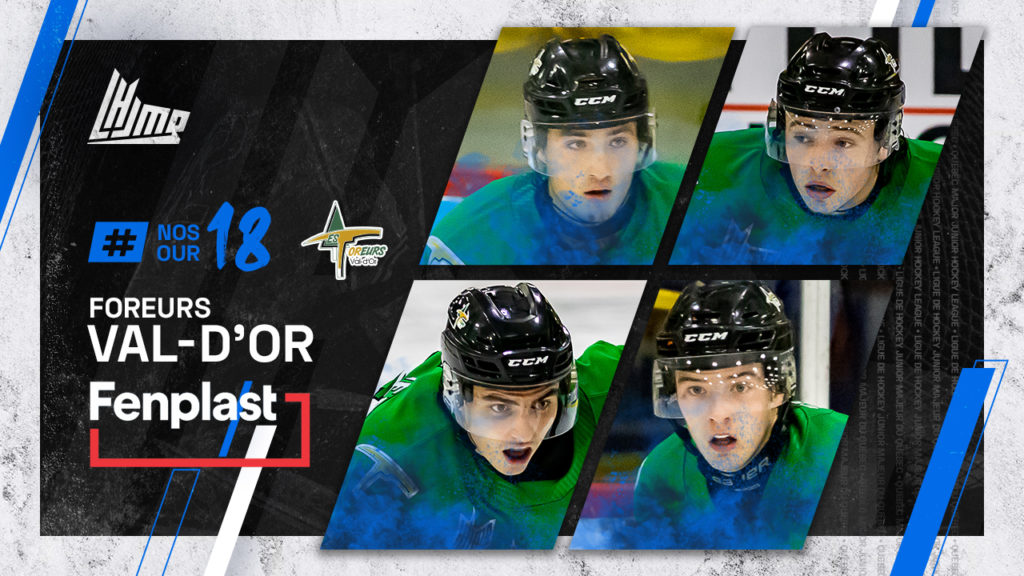 Transition is the key word in Val-d’Or these days now that almost all impact players from the powerful 2020-21 club have departed. The goal now is to continue building the foundation once again, with the help of a few key figures along the way.

The group of veterans on hand to oversee the next wave of talent is, in a word, impressive. A draft pick of the Carolina Hurricanes in 2021, Justin Robidas will be a leader offensively, alongside fellow returnees, winger Alexandre Doucet and center William Provost. Jason Desruisseaux will be expected to move on to more challenging assignments following a solid rookie campaign. Among the newcomers are 2022 QMJHL first-rounder Nathan Brisson, who honed his hard-working, two-way game with Saint-Eustache in the Quebec U18 AAA ranks and Zigmund Zold, who showed flashes of offensive talent in the Slovakian U20 ranks before being taken 12th overall at the 2022 CHL Import Draft.

Point-per-game defenseman Kale McCallum returns as an overager following a fantastic breakout campaign last year, while sophomores Tomas Cibulka and Nathan Bolduc are preparing to see more minutes this season. Meanwhile, an off-season deal saw the acquisition of another second-year rearguard in Nathan Drapeau, fresh off a Memorial Cup triumph with the Saint John Sea Dogs.

Veteran netminder William Blackburn will be responsible for carrying much of the load in nets as rookies Adam Rouleau and Mathys Fernandez provide quality support behind him.

A full season removed from a berth in the President Cup Final, the Val-d’Or Foreurs’ focus remains squarely on putting the pieces in place that will be around when they hope to see those lofty goals achieved once more.