Our 18 Saint John Sea Dogs
by
Will MacLaren 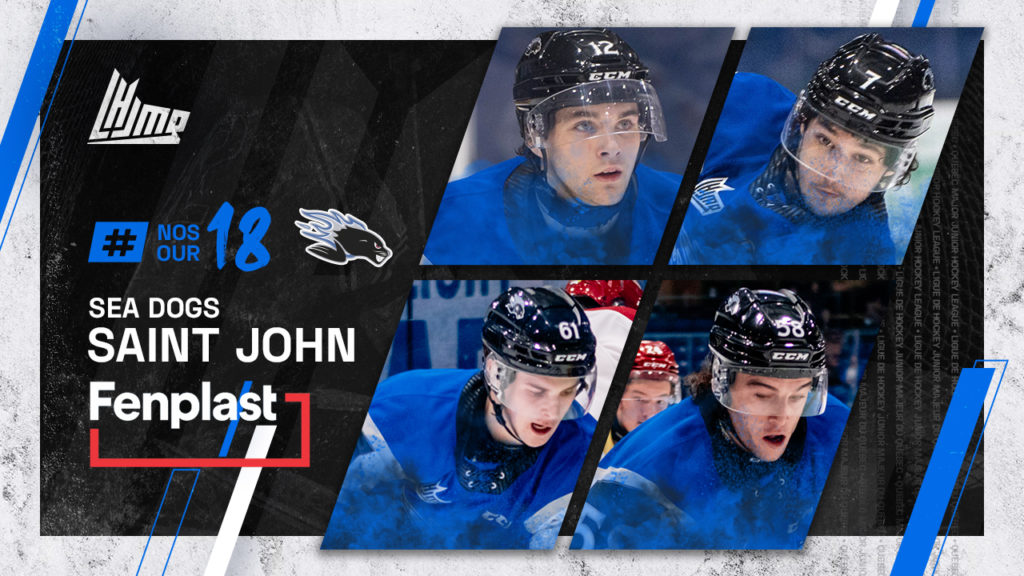 It was a week to remember in Saint John this past June. With a building process unlike one anyone has ever seen before, capped off with a Memorial Cup title, it’s time to get back to work as the next edition of the Sea Dogs blueprint emerges from the drawing board.

As expected, the losses from last season’s roster will be a difficult situation to navigate through. However, a number of vital cogs of last year’s championship team return to lead the squad up front. This includes reliable point-per-game winger Brady Burns, back for his fifth season in Saint John. Also back in the fold is centerman Peter Reynolds and 2021 Tampa Bay Lightning draftee, Cam MacDonald. Connor Trenholm, acquired by the Sea Dogs mid-season last year, returns to provide a veteran two-way presence. Also joining the lineup are a pair of wingers selected at the 2022 CHL Import Draft, Czechia-born Pavel Simek and Latvian Eriks Mateiko.

The backend will be led by Charlie DesRoches, a stabilizing presence on the squad for the past four seasons. Vincent Despont, recently a member of Team Switzerland at the 2022 IIHF World Junior Championship, returns to a more full-time role this campaign. Also making his way to the Sea Dogs blue line is Jared Cosman, acquired in the off-season from the Rouyn-Noranda Huskies.

Returnee Nikolas Hurtubise, after a President Cup victory with Victoriaville in 2021 and a Memorial Cup title last year, will hold down the fort in net alongside former Baie-Comeau Drakkar netminder Ventsislav Shingarov.

Although it’s a case of going back to square one in Saint John, the opportunity to witness this organization develop into yet another championship contender over the ensuing years should provide an uplift to both the players on the ice and the fans in the stands.