Our 18 Moncton Wildcats
by
Will MacLaren 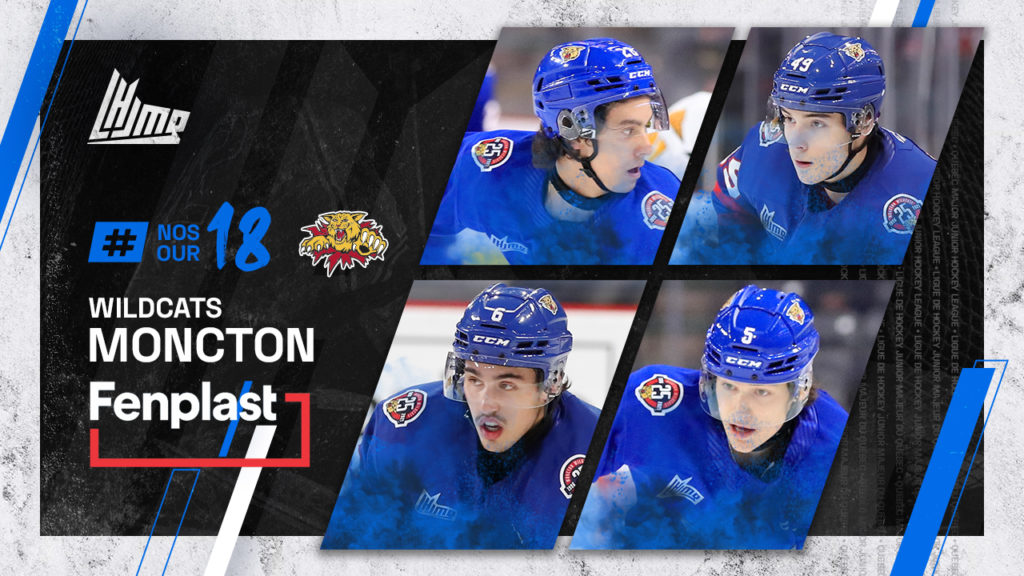 In 2021-22, the Moncton Wildcats continued their steady climb through the QMJHL standings. The goal this year will be to continue that ascension with a familiar group of exciting players up and down the lineup.

Four of the top five scorers from last year’s squad return for another year of action at the Avenir Center, including overager Vincent Labelle, 2020 QMJHL first-rounder Yoan Loshing and 2022 New York Rangers draftee Maxim Barbashev. Thomas Auger will aim to build on his strong first season after making the club as a 12th round selection at the 2020 QMJHL Draft. The club acquired valuable championship experience as well as reliable two-way skill in picking up Charles Beaudoin from the Shawinigan Cataractes in the off-season. Also returning are imports Miles Mueller and Jonas Taibel, the latter fresh off representing Switzerland at the 2022 IIHF World Junior Championship in Edmonton.

Etienne Morin is among the more noteworthy returns to the Cats this season after a fantastic 16-year-old season on the club’s blue line. Fellow returnees Anthony Hamel, Thomas Darcy and Francesco Iasenza prepare for another solid season while a pair of high valued prospects – 2021 QMJHL first-rounder Natan Grenier and 2022 first-rounder Adam Fortier-Gendron – battle to find spots in the lineup.

In nets, all eyes are on Vincent Filion, who takes the reigns on a full-time basis for the first time after being selected sixth overall in the 2020 QMJHL Entry Draft.

As the club continues to build following the pandemic-aborted 2020 squad, taking the next step will be crucial. Behind the acumen of GM Ritchie Thibeau and proven track record of Head Coach Dan Lacroix, this team should be capable of giving all challengers a run for their money this season.