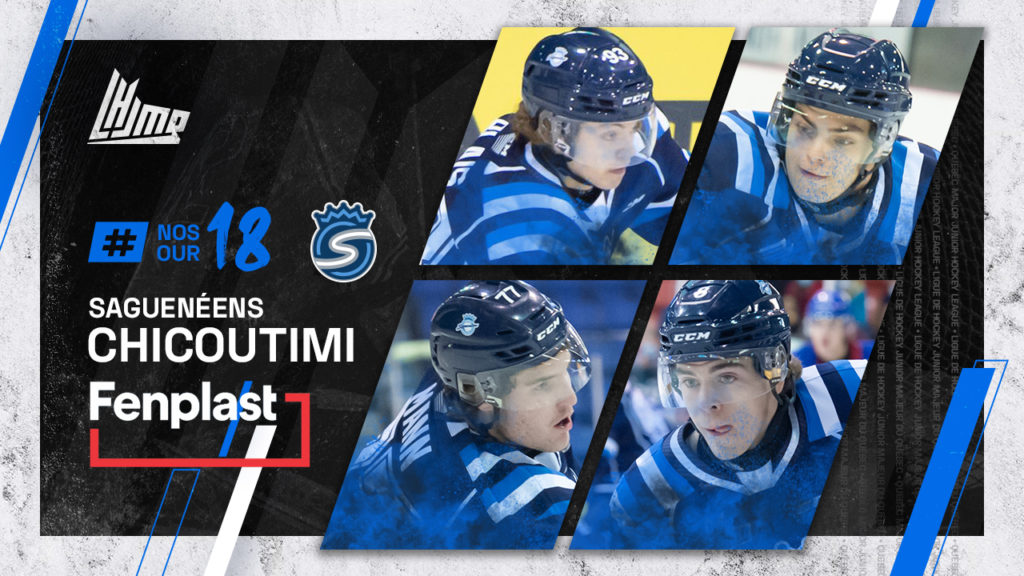 This season, the Chicoutimi Sagueneens celebrate their 50th campaign in the QMJHL. And while there will be plenty of focus on the successes of the past – including two President Cups and three Memorial Cup appearances – on the ice, the goal will be to take the current group of players and turn them into a force over the course of the next few years.

Up front, a trio of second-year players, centers Jacob Newcombe and Alex Blais as well as winger Andrei Loshko, will be called upon to take on more substantial roles as the top three returning scorers from last season’s roster. At the same time, fans in the Lac-St-Jean region will be getting used to several new names. Zachary Roy makes his way from the Charlottetown Islanders after maintaining a point-per-game average with the President Cup finalists. Two of the four players selected by the Sags in the first round of the 2022 QMJHL Draft; third overall selection Maxim Masse and Jeremy Leroux, the 18th overall pick, will also be in the mix.

On defense, the biggest name came via an off-season trade with the Acadie-Bathurst Titan as 2022 St. Louis Blues draftee Marc-Andre Gaudet makes his way to Chicoutimi. He’ll be working alongside fellow veterans Vincent Fradette and Matteo Mann, who returns for a third season to provide a big body presence on the backend.

In net, Charles-Antoine Lavallee is eager to make his Sagueneens debut after capturing the 2022 President Cup with the Shawinigan Cataractes. He’ll be part of a goaltending trio that includes returnee Mareck Jean and 2022 QMJHL second-rounder Luciano Ruggiero.

With 49 seasons in the books, the years beyond promise to be exciting ones as the Sags work towards writing the next chapters in club’s rich history.