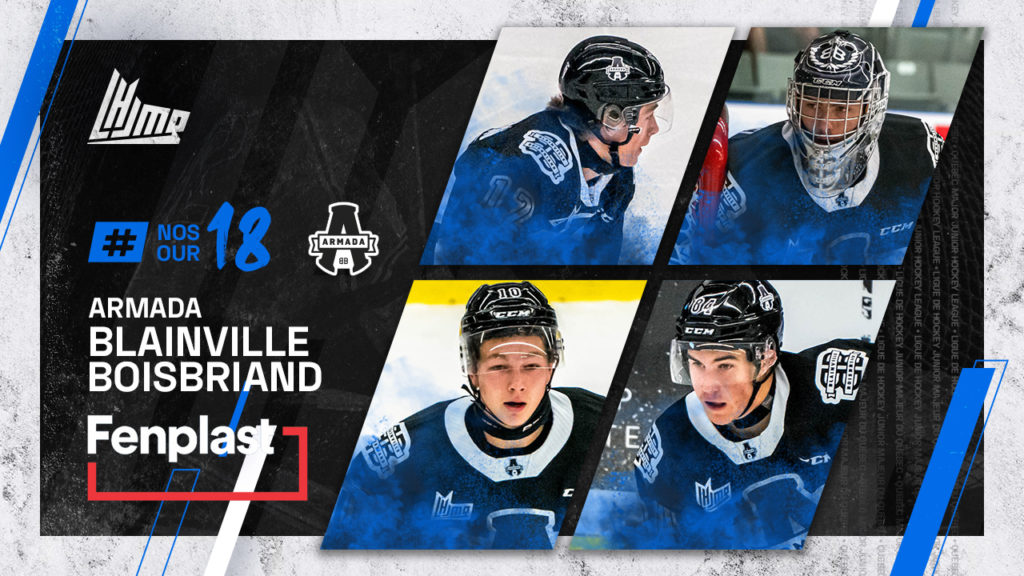 The Blainville-Boisbriand Armada made a splash during the off-season, bolstering a club that already boasted a solid core. Fans are likely to be entertained by this new-look squad as it looks to maintain its recent record of playoff success.

The biggest names acquired in July came up front. Josh Lawrence brings his 101-point campaign as a member of the Memorial Cup Champion Saint John Sea Dogs with him, while Patrick Guay hopes to replicate his 55-goal, 104-point season accomplished with last year’s President Cup finalists, the Charlottetown Islanders. They join a group that already includes veterans Alexis Gendron and Anri Ravinskis. Overall, the Armada returns or welcomes eight players who registered double digits in goals last season. Eliot Litalien has made a strong impression in camp after being selected eighth overall at the 2022 QMJHL Draft.

Another savvy off-season acquisition was former Acadie-Bathurst Titan defenseman Zach Biggar. He’ll solidify a back end that already includes veterans Zachary Cardinal and Brayden Schmitt, the latter a free agent invite of the Colorado Avalanche at its upcoming training camp.

Between the pipes, Charles-Edward Gravel will be aiming to build off his 2021-22 campaign which saw him take over the starter’s job with respectable results. Joining him in nets once more in Nicholas Sheehan.

This will be a back end that works by committee, a common trait with Head Coach Bruce Richardson’s teams as he helps this group develop a knack for keeping the puck out of the net.

There’s a lot to be excited about in the Blainville-Boisbriand area these days. After the stable, workmanlike results of recent years, it’s time for the Armada to run wild in the West Division.