Our 18 Acadie-Bathurst Titan
by
Will MacLaren 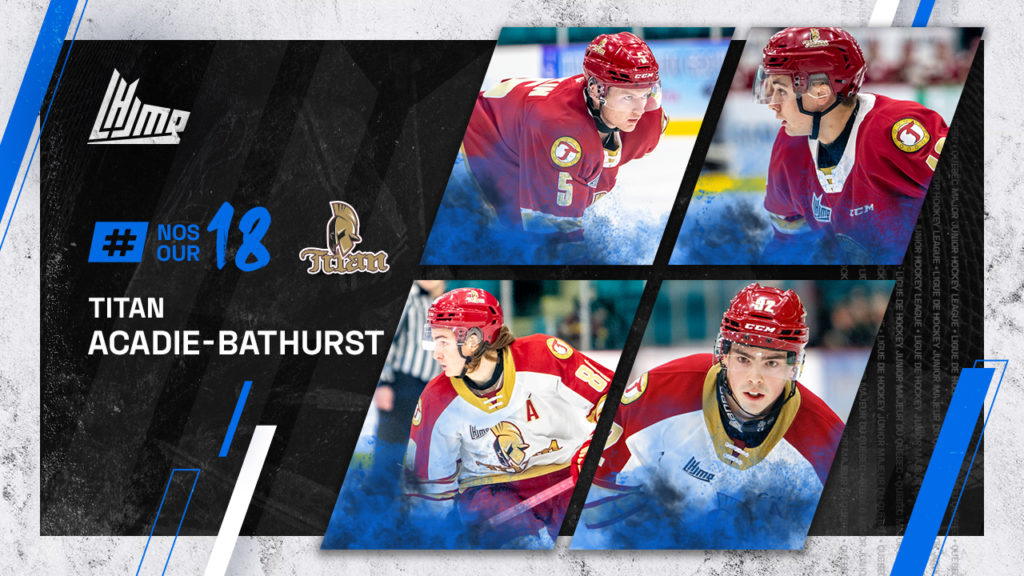 The Acadie-Bathurst Titan underwent a substantial roster revamp and personnel changes behind the bench throughout the 2021-22 season and came out of it with the most exciting group of players since its Memorial Cup Championship team in 2018.

This earned the club a trip to the second round of the President Cup playoffs. Now, another series of shifts on and off the ice bring the Titan to the next phase of its existence in Northern New Brunswick.

With eight of the top ten scorers from last season’s lineup now gone, new GM and Head Coach Gordie Dwyer will have ample opportunity to mold the team in whatever fashion he chooses in the ensuing seasons. His top drawing card is last year’s leading scorer and recent gold medal winner at the 2022 IIHF World Junior Championship, Riley Kidney. Ben Allison returns to camp as an overager following last year’s breakthrough 20-goal campaign while Swedish center Markas Samenas has impressed since his arrival.

In nets, Jan Bednar is back for a third campaign, while a recent deal with the Chicoutimi Sagueneens brought along reinforcements between the pipes in Sergei Litvinov.

As the Titan prepares to celebrate its 25th season in Bathurst, the organization, with two President Cups and multiple other successful seasons in the rear-view mirror, is making a firm dedication to more successful moments down the road.