Our 18 Val-d'Or Foreurs
by
LHJMQ/QMJHL 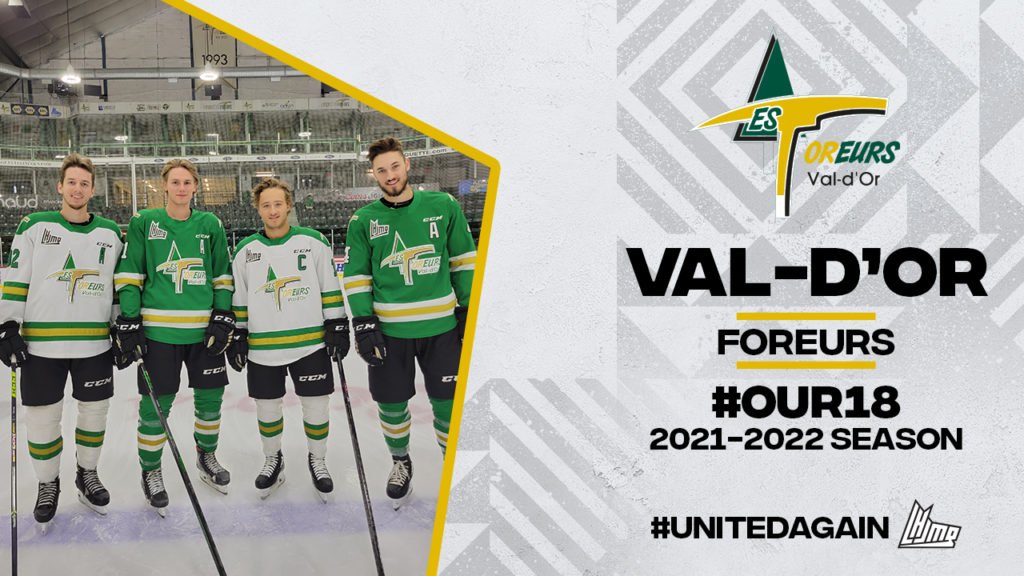 The Val-d’Or Foreurs went for broke last year and earned a trip to the President Cup Final for their labours. Now, with a new voice behind the bench, it’s time to lay the foundation for the next group of stars to hit the ice in the Abitibi region.

Following up on a President Cup triumph as an Assistant Coach in Victoriaville, Maxime Desruisseaux now mans the opponent’s bench from that series in his first foray into the fraternity of QMJHL Head Coaches. He’ll make his debut with a pair of impressive forwards at his disposal in 2020 St. Louis Blues draftee Jeremy Michel and Carolina Hurricanes prospect Justin Robidas, who was recently bestowed with the captaincy of the club. Alexandre Doucet and Marshall Lessard, key depth players on last year’s squad, prepare to jump into larger roles while Russian winger Alexander Mirzabalaev returns to North America after a one season hiatus.

The club will rely heavily on overager Thomas Pelletier both offensively and defensively to head a drastically reshaped blueline corps. Kale McCallum makes his way to Western Quebec after two solid seasons of service with the Saint John Sea Dogs, where he was among the leaders in +/- in 2020-21. Czech defenseman Tomas Cibulka debuts in the green and gold after being chosen in the first round of the 2021 CHL Import Draft. Between the pipes, William Blackburn prepares to take on increased duties after an impressive rookie campaign.

There will be a number of lessons learned by the new-look Foreurs in the seasons ahead. However, the experiences of last year’s powerhouse will serve them well on these first steps towards the road back to the top.