Sherbrooke Phoenix Our 18
by
LHJMQ/QMJHL 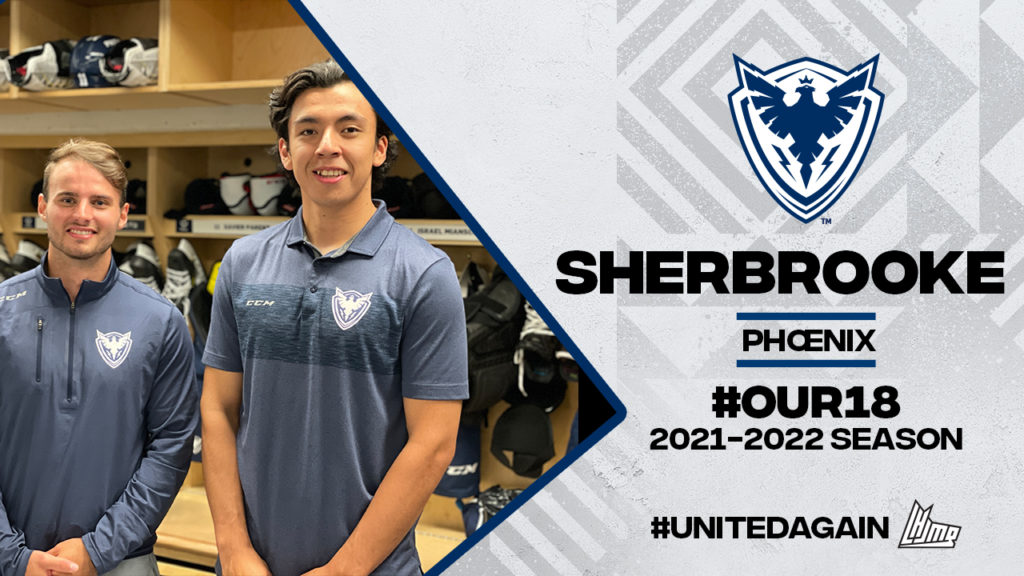 The Sherbrooke Phoenix took its first steps towards regaining control of the top of the QMJHL standings at last year’s trade period, dealing several impact players. Now, it’s time to take the next step with a revamped lineup that features some developing talent.

If there’s one thing the Phoenix is not lacking, it’s natural centers and among them are the top two scorers from last season in Joshua Roy and Xavier Parent. Joining them is another center in Justin Gill, who has done nothing but impress since making his way from the Charlottetown Islanders last season. Anthony Munroe-Boucher will also be patrolling the middle of the ice after posting 16 points in 27 games last season. Many eyes will be on winger Ethan Gauthier as he prepares to make his mark on the Q after being selected with the very first pick of the 2021 QMJHL Draft.

The backend will be learning on the fly as every player on defense or in nets hits the ice for just their first or second season of major junior action. Returning to the Phoenix fold this year are Alexandre Blanchard, Christophe Rondeau and Zachary Lessard while Zach Welsh makes his way to Sherbrooke after an off-season trade with the Cape Breton Eagles. A pair of rookies, Ivan Zhygalov, the seventh overall selection of the 2021 CHL Import Draft, and Jakob Robillard will shoulder the load between the pipes.

Two seasons removed from a Jean-Rougeau Trophy winning squad, the Phoenix already has several pieces in place with which it plans to rise again.