Shawinigan Cataractes Our 18
by
LHJMQ/QMJHL 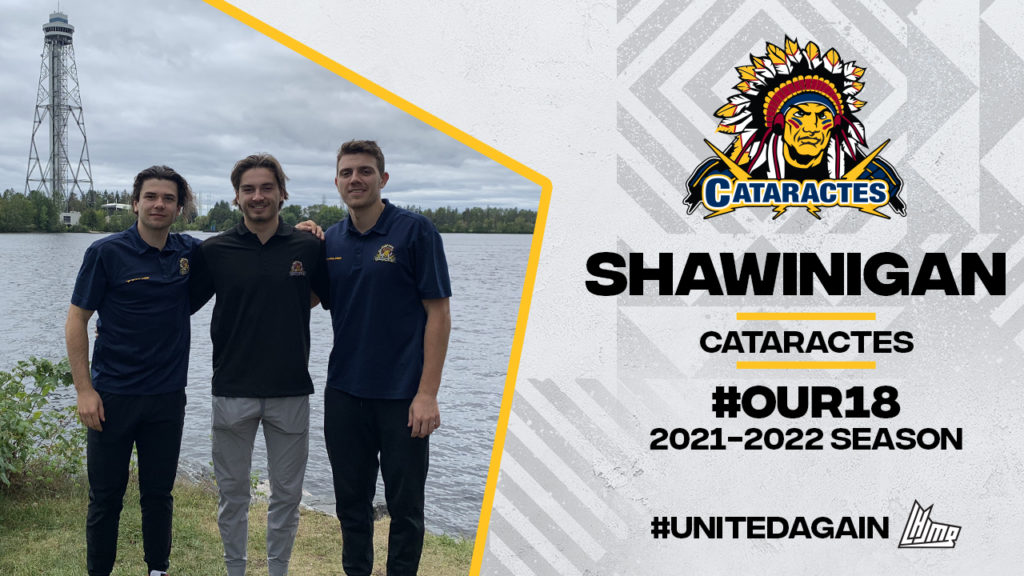 Through a long building process and ever-increasing expectations, the Shawinigan Cataractes aim to finally take the next step required to make them a force in the QMJHL this year – both in the regular season and postseason.

The forward group does not lack in either depth or star power. A pair of NHL first-rounders, Mavrik Bourque (Dallas Stars, 2020) and Xavier Bourgault (Edmonton Oilers, 2021) will lead the charge along with 2021 Buffalo Sabres draftee Olivier Nadeau, who led the Cataractes in scoring during last year’s shortened campaign. Overage winger Jeremy Martin returns for a fifth season in Shawinigan while Swiss center Lorenzo Canonica appears primed to build off his strong first season. Rookie Marek Sramaty will make his QMJHL debut after impressive showings in his native Slovakia.

Veterans Zachary Massicotte and Marc-Antoine Pepin lead a defense corps that will feature it’s share of learning on the job. The Cataractes’ 2021 first rounder, Jordan Tourigny, is one of four rookie blueliners to make the cut in training camp. The situation in net is solidified thanks to a pair of quality veterans in Olivier Coulombe and Charles-Antoine Lavallee.

Guiding it all from behind the bench is a familiar face. Daniel Renaud, who previously spent almost three seasons (2017-2020) as the club’s Head Coach, returns to Shawinigan after leading the Val-d’Or Foreurs to the 2021 President Cup Final. Both his experience, as well as that of his core, should make for a memorable season for the league’s oldest franchise in their attempt to take things to the next level.