Our 18 Rouyn-Noranda Huskies
by
LHJMQ/QMJHL 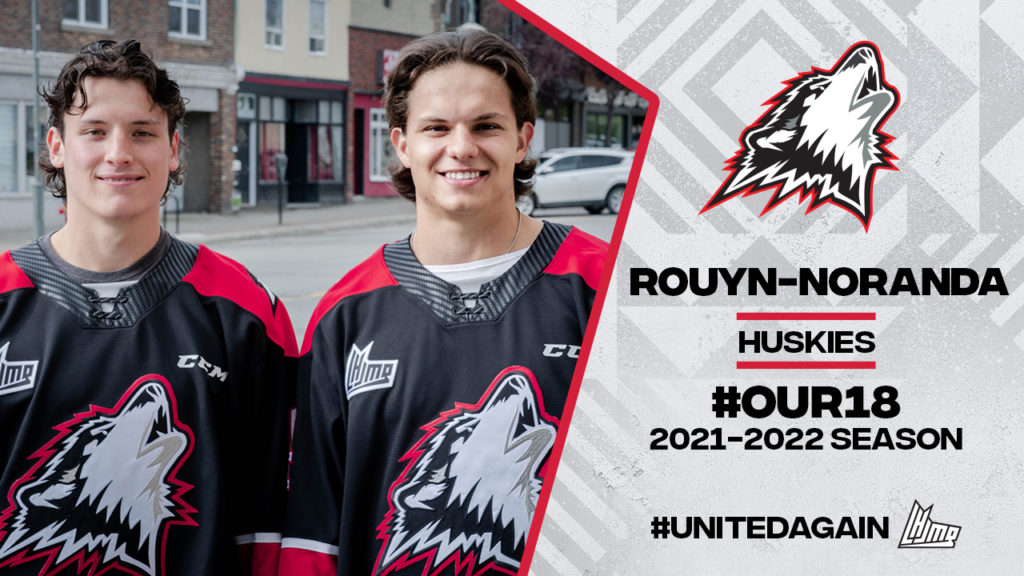 With more than two seasons removed since they hoisted the Memorial Cup in the spring of 2019, the turnover of the Rouyn-Noranda Huskies roster is nearly complete. With that come the next steps in clawing their way back to the top.

As many as 11 rookies could find themselves in the Huskies’ opening night lineup. As a result, a number of returnees will be called upon to set the tone both on the ice and in the room. Up front, one of the key contributors will be Mathieu Gagnon, one of two remaining members of the Memorial Cup squad. Wingers Donovan Arsenault and Samuel Johnson have already displayed impressive performances in training camp while Leighton Carruthers, the third overall selection of the 2020 QMJHL Entry Draft, looks to make the best of a fresh start after a draft day deal with the Saint John Sea Dogs. A new pair of Euros, Jakub Hujer and Danila Klimovich make their debuts this season after a history of offensive wizardry in the Czech Republic and Belarus, respectively.

The other holdover from the 2019 champs is blueliner Samuel Regis, who will be relied upon as both a leader and a catalyst in all situations. Jared Cosman, Dyllan Gill and Zachary Cardinal are among a host of defensemen who will see increased roles under second-year coach Brad Yetman. Between the pipes, Samuel Richard returns after achieving a .500 record in his rookie campaign.

With a number of first- and second-year players jockeying for ice time this season, the Huskies hope that competitiveness in the dressing room leads to being a difficult opponent on the ice as this squad finds its identity.