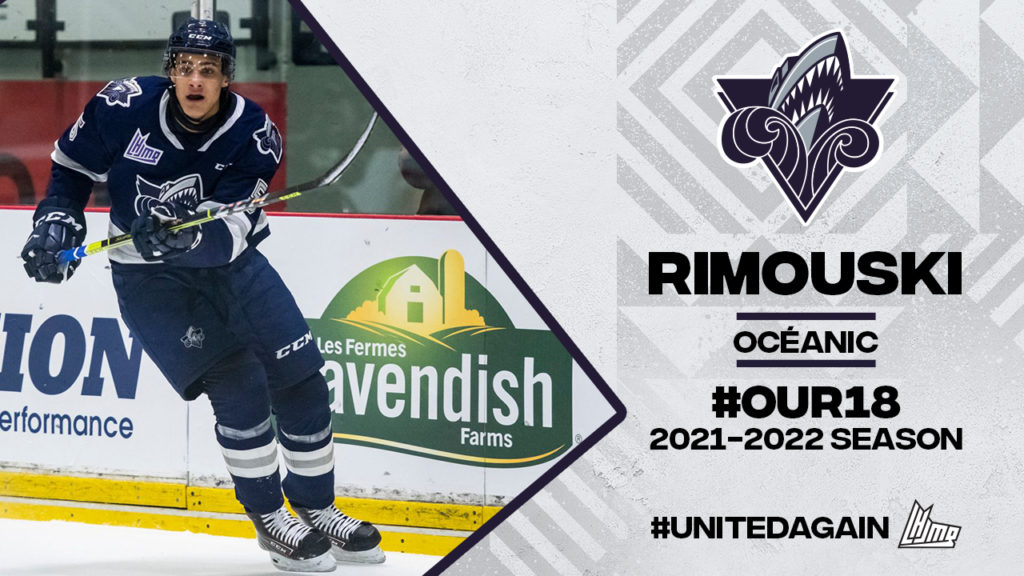 The 2021 President Cup Playoffs witnessed a notable upset when the Rimouski Oceanic knocked off the Shawinigan Cataractes in first round action. This begs the question: what other surprises do Serge Beausoleil’s troops have in store this season?

Returning to the fold is the guy that led the club in scoring last year in center Xavier Cormier. Alex Drover is ready to put in a complete campaign in Rimouski after being acquired from the Saint John Sea Dogs midway through the 2020-21 season. Reliable two-way center Ludovic Soucy will take to the ice wearing the captain’s “C” on his jersey while a pair of sophomores, William Dumoulin and Jacob Mathieu, are prepared to take the next step after impressive rookie seasons. Winger Louis Robin, chosen tenth overall at the 2021 CHL Import Draft, will look to make an impression after putting up big numbers in the Swiss Under-20 ranks.

Defensively, the team can be summed up in one word: big! With six blueliners checking in at 6’3” or taller, it’ll be a pair of veterans, Jeremie Biakabutuka and Anaheim Ducks prospect Tyson Hinds, who will be relied on to set the tone. Sophomore Frederic Brunet, overager Gabriel Jackson and 2021 QMJHL first rounder Luke Coughlin (the outlier of the bunch at 5’9”) are among the other rearguards that make up a corps that will be hard to maneuver through. Between the pipes, look for Czech native and 2021 Carolina Hurricanes draftee Patrik Hamrla to be a difference maker in his North American debut.

With a fine mix of skill, grit and reliability up and down the roster, it shouldn’t come as a surprise to anyone if this Oceanic squad finds success sooner rather than later.