Quebec Remparts Our 18
by
LHJMQ/QMJHL 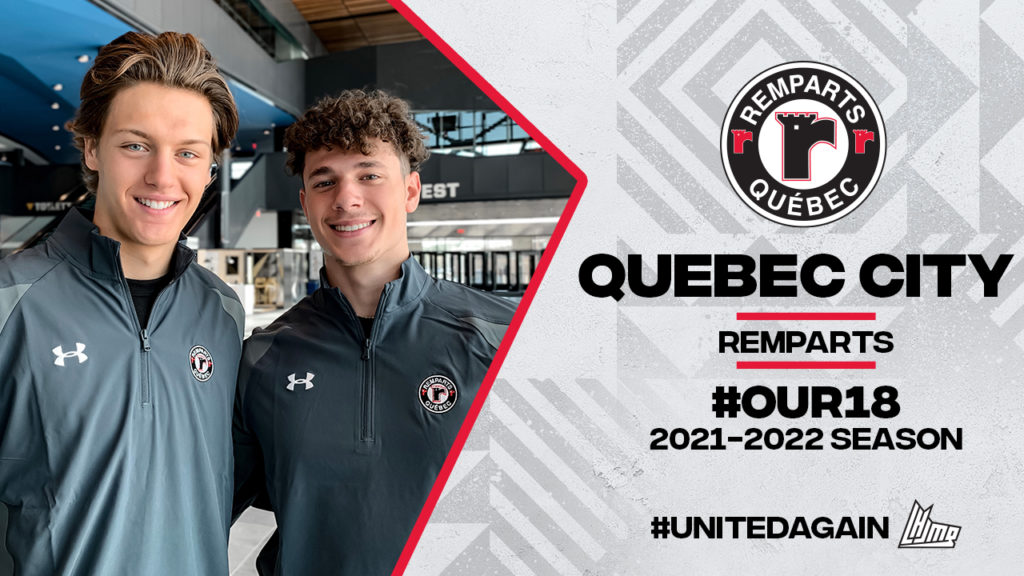 Between a roster that will be tough to compete with and one of the most recognizable faces in junior hockey behind the bench, all eyes will be on the Remparts in 2021-22. With seemingly all the pieces in place for a long playoff run, it’s hard to picture a dull moment in the provincial capital this year.

Patrick Roy’s charges made one of the biggest splashes during the offseason, landing star center and 2021 St. Louis Blues first rounder Zachary Bolduc in a trade with the Rimouski Oceanic. Joining him will be another pair of NHL drafted talents in returnees James Malatesta (Columbus) and Viljami Marjala (Buffalo). Centers Nathan Gaucher and Theo Rochette, who finished one-two in team scoring last season, return to the fold as well. Newcomer Pier-Olivier Roy brings three seasons of “Q” experience with him following a deal with the Gatineau Olympiques.

On the other side of the puck, expect 2021 Florida Panthers second rounder Evan Nause to be one of the workhorses on the blueline. He’ll be joined by overager and Chicago Blackhawks prospect Louis Crevier, picked up from the Chicoutimi Sagueneens in the off-season. Reliable veteran Nicholas Savoie returns for a fourth campaign in Quebec while Russian Vsevolod Komarov prepares for his first season in North America. In goal, Fabio Iacobo, recently of the reigning President Cup Champion Victoriaville Tigres, is fully prepared to take his new team on another long postseason run.

Once you add it all up, you have a Remparts club that clearly holds Memorial Cup aspirations, despite not playing the role of tournament hosts this year.