Our 18 Moncton Wildcats
by
LHJMQ/QMJHL 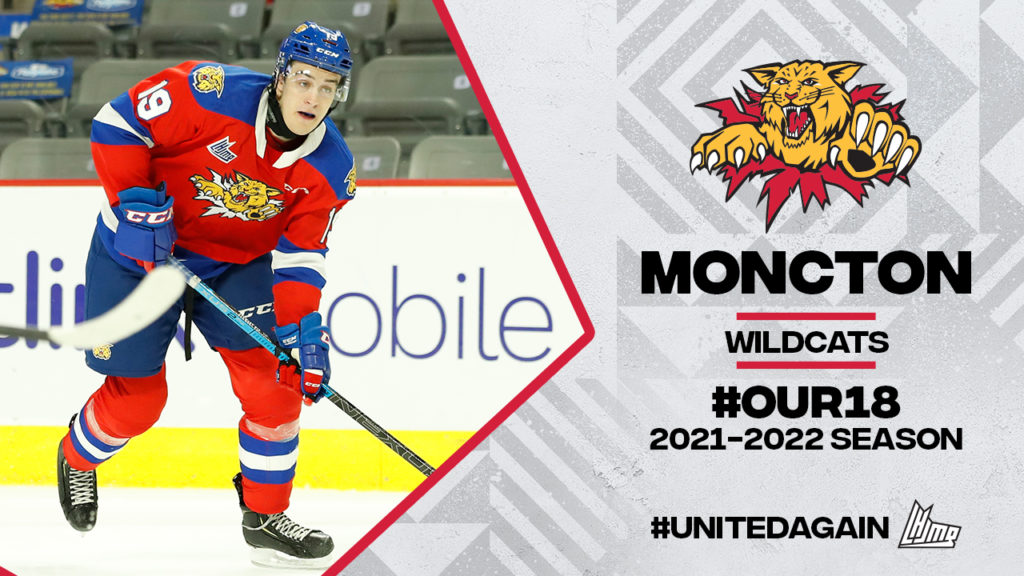 After experiencing a substantial roster turnover last season, the Moncton Wildcats proved that they could compete with and perhaps even surprise their opponents. This year’s challenge will be to maintain expectations while incorporating additional pieces of the future in the dressing room.

This year’s edition of the Wildcats will undoubtedly do everything by committee. Up front, 2020 Ottawa Senators draftee Philippe Daoust will look to build on a breakout season what saw him record 28 points in 21 games. Francis Langlois will also take on a larger role as both a seasoned veteran and a relied upon goal scorer. Meanwhile, a host of sophomores including center Vincent Labelle and wingers Mathis Cloutier and Maxim Barbashev set their sights on building off a successful but shortened 2020-21 campaign.

The team effort that will be required to generate offence will also play a pivotal role in keeping pucks out of the Moncton net. Expected to bring both experience and know-how in this department is off-season acquisition Samuel Desgroseilliers, brought over from the Blainville-Boisbriand Armada. He’ll be joined by, among others, promising second-year rearguards Connor Olson and Charles-Antoine Pilote, both of whom found ways to contribute at both ends of the ice last season. Between the pipes, the torch is passed to Vincent Filion, a key piece of last year’s blockbuster deal with Val-d’Or that saw star defenseman Jordan Spence head to the Foreurs. How he and fellow newcomer Thomas Couture account thenselves in this developing corps will be an interesting storyline.

Last season, Head Coach Dan Lacroix extracted maximum results from his charges. His ability to do so this year will arguably be the most critical factor in how far the Wildcats might advance up the standings.