Cape Breton Eagles Our 18
by
LHJMQ/QMJHL 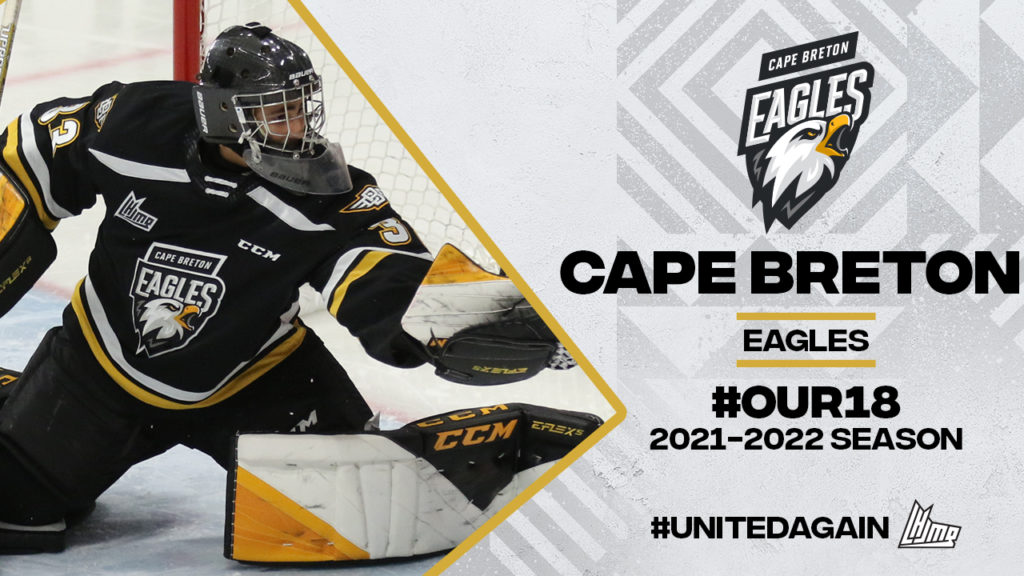 The Cape Breton Eagles flew into town 25 seasons ago. One step closer to building towards another attempt at a long playoff run, the 2021-22 edition puts forth a roster that should make all opponents earn their points.

Leading the charge offensively will be Dawson Stairs, fresh off a career high 29 points in just 34 games over the past campaign. Overager Emile Hegarty-Aubin and third-year veteran Connor Trenholm will be relied upon to take their games to the next level, while Nicholas Girouard aims to conclude his final junior season on a winning note after posting 26 points in 31 games in Saint John last year. Finally, Czech Ivan Ivan finally returns to the lineup after a one year, Covid-19 prompted hiatus and Russian winger Mikhail Nizovkin makes his way to North America after being selected in the 2020 CHL Import Draft.

With the graduation of both Nathan Larose and Jarrett Baker, the Eagles’ blueline will take on a markedly different look this season. Third-year veteran Jeremy Langlois will be jumping into the role envisioned by the club when they drafted him in the first round of the 2019 QMJHL Draft. Also providing reinforcements are a trio of defensive stalwarts acquired during the off-season in Drummondville Voltigeurs acquisition Conor Shortall, former Quebec Remparts Romain Rodzinski and Sean Larochelle, fresh off a President Cup title with the Victoriaville Tigres. In nets, 2020 QMJHL first rounder Nicolas Ruccia prepares to take the reigns in his first season as the club’s number one netminder.

Head Coach Jake Grimes has a number of weapons at his disposal to raise the level of play in Cape Breton. All that remains to be seen is how high his group will fly.