baie-comeau drakkar Our 18
by
LHJMQ/QMJHL 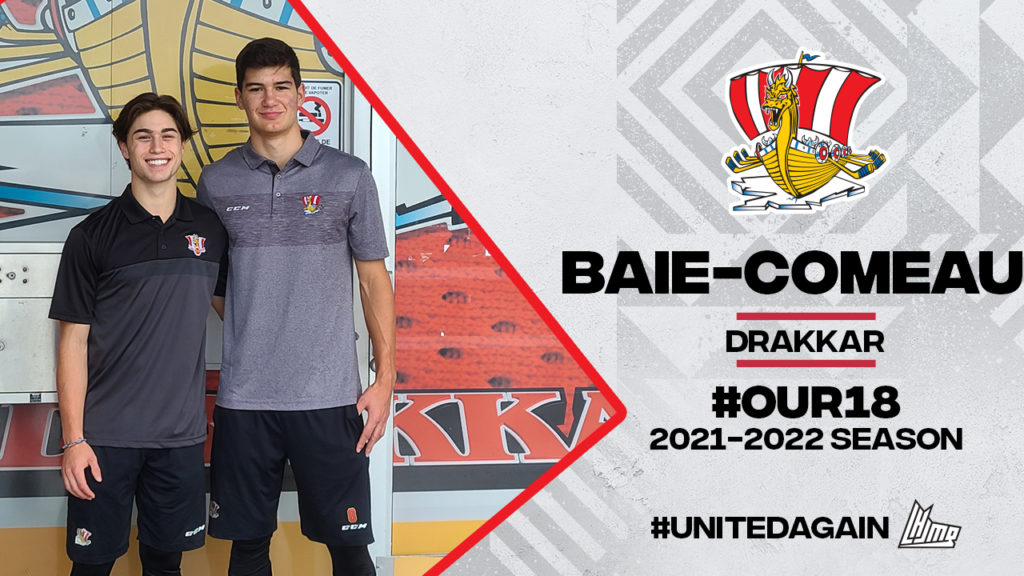 The Baie-Comeau Drakkar is aiming to celebrate its 25th anniversary by finishing with a winning record for just the second time in the past seven seasons. Head Coach Jean-Francois Gregoire’s troops will be making that attempt with a roster that features key newcomers at each position.

Up front, the graduation of the Drakkar’s top two scorers will be tempered by the return of veteran center Xavier Fortin. Joining him are a pair of off-season acquisitions in center Jacob Gaucher and winger Benjamin Corbeil, picked up from the Val-d’Or Foreurs and Blainville-Boisbriand Armada, respectively. Latvian winger and Pittsburgh Penguins draftee Raivis Kristians Ansons returns after an abbreviated second season in Baie-Comeau, while 2021 QMJHL first rounders Nathan Baril and Vincent Collard prepare to start their rookie campaigns after impressive training camps.

On the back end, Gabriel Belley-Pelletier should grow into an enhanced veteran role in his overage season. Additionally, veterans Etienne Arseneau and Marc-Antoine Mercier will be relied upon to eat up key minutes. The most interesting addition on the blueline will be Latvian Niks Fenenko, who makes his QMJHL debut after being chosen first overall at the 2021 CHL Import Draft. Between the pipes, Olivier Adam also comes over from the Armada after going 12-10 in his first season as a starter in 2020-21.

After a tough season, both on and off the ice, the Drakkar has plenty of reasons to expect a rebound in front of its fans, many of whom have been cheering the team on for the past quarter-century.